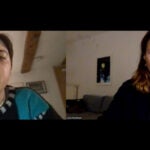 Two panels of Harvard experts and scholars examined the historical roots of the Russian invasion of Ukraine and assessed where the situation stands after six days of fighting and whether the West’s tough financial sanctions will nudge Moscow toward a quick resolution.

During a discussion Tuesday afternoon at Harvard Kennedy School moderated by Graham Allison, Douglas Dillon Professor of Government at HKS, analysts said the key to understanding Russia’s motives involves understanding President Vladimir Putin’s sense of injustice over the aftermath of the collapse of the Soviet Union in the late 1980s.

“What this is about is the post-Cold War writ large and the way Putin feels that he’s been marginalized by it,” said Mary Sarotte ’88, a professor of historical studies at Johns Hopkins School of Advanced International Studies in Washington, D.C., and an associate of the Center for European Studies at Harvard.

Putin wants to reclaim Ukraine for a mix of historical reasons, but primarily because of Ukraine’s success as an independent nation and its desire to move closer politically and culturally to the West. But the invasion doesn’t mean he is trying to rebuild the Soviet Union.

“I don’t think it’s as simple as Putin putting out a map of the Soviet Union and saying, ‘I want all this back,’” said Sarotte, author of “Not One Inch: America, Russia, and the Making of Post-Cold War Stalemate” (2021). “I think there’s a weird overlap between his generalized grievance about the Soviet loss and the ‘unfair’ post-Cold War order and his specific grievance about Ukraine.”

“The Soviet Union, however flawed its ideology was, had an ideology. Vladimir Putin has no ideology,” said Emily Channell-Justice, director of the Temerty Contemporary Ukraine Program at Harvard’s Ukrainian Research Institute.

The fierce pushback from Ukrainians no doubt caught Putin off guard, which means there will be prolonged aggression until a solution is found, Channell-Justice said.

“Many people have been kind of surprised at the Ukrainian resilience, the Ukrainian response. I’m not, I’ve seen them do it before,” said Channell-Justice, a sociocultural anthropologist who studies political activism and social movements in Ukraine. “People will be fighting for a long time if that is what it takes. But that’s really not a good thing.”

A group of Harvard Law School experts agreed that the prospects for a quick resolution to the conflict look bleak.

“We’re still in day six of this war, and it’s going to get a lot worse,” said Mark Wu, Henry L. Stimson Professor of Law, at an online panel Tuesday sponsored by Harvard Law School. “We can chat about economic sanctions, but as we have seen over the past decade, they don’t have a good track record of getting authoritarian rulers to change their minds. At best, they do inject a lot of suffering on those populations that are governed by these types of authoritarian rulers.”

The response against Russia has been unprecedented and unified, said Anu Bradford, Henry L. Shattuck Visiting Professor of Law. In the absence of a military response, the Western alliance, including NATO countries, has engaged in “financial warfare” to isolate Russia from the international financial system and force Putin to back down. What is remarkable is the response from Europe, which has long relied on diplomacy and engagement in dealing with Russia, she said.

“What we have normally come to expect from Europe is a response of weakness when it comes to foreign and security policies,” said Bradford. “We now see a massive shift in Europe facing the new geopolitical reality… This is a war not just in Europe, but a war against Europe.”

Gabriella Blum, Rita E. Hauser Professor of Human Rights and Humanitarian Law, called Putin’s arguments for invading Ukraine weak and baseless. In justifying the Russian assault, Putin has called Ukraine “an existential threat” and its government a “neo-Nazi regime.” He has also falsely claimed that ethnic Russians in eastern Ukraine were facing “genocide.”

“There is no question that the extent of the war in Ukraine wouldn’t pass muster on any plausible necessity and proportionality principle that governs the use of force,” said Blum.

For Naz Modirzadeh, professor of practice, one of the biggest concerns in the conflict is the legal situation of Ukrainian civilians who might be described as terrorists for taking up arms to defend their country or possibly for acting as so-called voluntary human shields.

“I think one way in which this will be tragic,” said Modirzadeh, “but also really difficult area for particularly the United States and its Western allies will be to what extent might Russia and Putin utilize justifications or even legal arguments that were road tested, if you will, in the war on terror.”

In the end, said Sarotte at the Kennedy School event, Putin’s mind probably can’t be changed. He sees himself as a martyr, so the best diplomatic efforts will be to persuade his inner circle and other Russian elites.

“It’s hard to know where this ends,” she said. “This is probably unlikely, but my hope is that the people around Putin realize they’re increasingly becoming a much bigger version of North Korea, and they don’t want to live in North Korea. So, if there’s some way to make the people around him see a better future without him … that would be one resolution that would be better than a lot of bad options.”

The close cooperation of the E.U., U.S., and NATO represents one positive development over the last 10 days. “What we are seeing is a major shift in geopolitics right now,” said Sarotte. “The consequences are profound.”

What Russia’s attack on Ukraine portends for the global order is unclear, the Kennedy School panelists agreed.

“What is clear is we have definitively ended the post-Cold war order, which rested on an assumption that there would no longer be major European land wars,” said Sarotte. “I was studying abroad in West Berlin in 1989. That’s what inspired me to become a history professor — I regret deeply the passing of that order.”