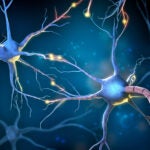 An international team of astronomers led by scientists at the Center for Astrophysics | Harvard & Smithsonian who produced the first direct image of a black hole three years ago have now produced a portrait of a second, this time a much-anticipated glimpse of one at the heart of the Milky Way.

The new picture was captured by researchers from the Event Horizon Telescope (EHT) Collaboration who unveiled their first image in 2019. The group targeted both black holes at the outset but focused their attention on one at a time, owing to a difference in the complexity of the two projects.

“This is our supermassive black hole,” said Peter Galison, director of Harvard’s Black Hole Initiative, a member of the EHT team, and the Joseph Pellegrino University Professor in the History of Science and Physics. “This is at the center of where we live.”

The image of this object known as Sagittarius A-star, often referred to as Sgr A* (pronounced sadge-ay-star), shows the telltale sign of a black hole, as did the earlier one in the Messier 87 galaxy (M87): a bright ring of superhot glowing material circling a dark center so dense and bottomless that not even light can escape. The way the light bends around the dark center, known as the event horizon, shows the object’s powerful gravity, which is four million times that of our sun.

The new picture, described today in a special issue of The Astrophysical Journal Letters, provides the first direct visual evidence that the giant lurking 27,000 light-years away at the center of Earth’s galaxy is, in fact, a supermassive black hole. It also bolsters theories of where these cosmic monsters exist and may help to explain how galaxies are formed.

“Having seen this bright ring around the darkness of a black hole once was astonishing, but having now seen it twice, we begin to really have confidence of what we’re seeing and that at the center of galaxies there are these enormous black holes that are millions or even billions of times the mass of the sun,” Galison said.

Members of the EHT project unveiled the picture at the National Press Club in Washington, D.C., shortly after 9 a.m. EST, in sync with six other news conferences in cities around the world.

At the press conference in D.C., Michael Johnson, an astrophysicist at the CfA and a leading member of the EHT said one of the key lessons from the project was that the black hole at the center of the Milky Way doesn’t appear to be pulling in as much material as others, making the environment more relatively stable.

“While M87 had one of the biggest black holes in the universe and it launches a jet that pierces its entire galaxy, Sgr A* is giving us a view into the much more standard state of black holes, quiet and quiescent,” said Johnson.

NASA Einstein Fellow at the CfA Sara Issaoun worked on observations and imaging for the EHT team and discussed the image at the European press conference in Germany. She said the new image reveals some key details about the black hole that were previously unknown, including that one side of the black hole is almost directly facing Earth.

Issaoun also pointed out that the new view further cements Einstein’s theories on gravity and relativity.

“The cool thing about Sgr A* is that we know its mass with great accuracy so we know exactly what Einstein’s theory of relativity should predict for how big the shadow in the center should be — around 50 micro-arcseconds in angular size or 60 million kilometers across,” Issaoun said. “That is what we’ve measured in our image.”

The researchers produced the picture with observations from the Event Horizon Telescope, a worldwide network of radio telescopes that link together to form a single Earth-sized virtual instrument. In April 2017, eight radio observatories on six mountains on four continents stared on and off at a pair of black holes for 10 days — Sgr A* and a second that lies at the heart of the elliptical galaxy M87.

From that observation data, which was then crunched by supercomputer algorithms, came the image of the M87 black hole as well as the one just released.

The two images can now be compared to gain valuable insight on the inner workings of these supermassive giants and how they interact with their surroundings, a process thought to play a key role in shaping the formation and evolution of galaxies.

M87 is 55 million light-years away in the Virgo Galaxy cluster and has a mass about 6.5 billion times that of our sun. The bright circle of gas and dust that collects and swirls around it is known as an accretion disk. It takes many days to orbit around this gargantuan object. That means that when the EHT team shines their telescopes on it for hours — using a technique called very long baseline interferometry that works like taking a long exposure image on a camera — any change appears very gradually.

Sgr A*, on the other hand, is on the small side. If it was the size of a doughnut, M87 would be the size of a football stadium, Issaoun said at the press conference in Germany. This means superheated gas, which travels at near-light speed and takes days to orbit M87, only takes minutes to orbit Sgr A*, which is why there is so much motion blur in the image.

“The analogy would be if you have an adult getting their portrait taken with a long exposure, and they’re just sitting still. That’s M87,” Issaoun said. “For Sgr A*, you have a toddler running around and you’re trying to get their portrait with the long-exposure camera. You’re just going to get a bunch of blur everywhere.”

In addition, there is a giant cloud of ionized gas between Earth and the Galactic Center, which distorts the images the EHT takes of Sgr A,* which sits in central region of the Milky Way.

“We’re looking at our own Galactic Center through an interstellar soup of all the dust and gas between us,” said Daniel Palumbo, a Harvard graduate student at the CfA who worked on the data analysis. “This material scatters the light that we observe from Sgr A*. It’s like looking at something through frosted glass.”

“This is our supermassive black hole. This is at the center of where we live.”
— Peter Galison, director of Harvard’s Black Hole Initiative

Seeing all these difficulties, the Event Horizon team first focused on the M87 data before turning their full attention to that of Sgr A*.

In the end, the researchers were able to produce their final image, which isn’t just one picture but the average of thousands of images created using different computational methods to account for the movement of the gas.

The individual images showed many different structures that highlighted the uncertainty in the computational methods from the rapidly changing appearance of Sgr A*, including all the movement and plasma flares that go with it. The averaged image retains features more commonly seen in the varied images and suppresses features that appeared less frequently.

“We wanted to know how to measure the structure of the ring from all these possible images,” said Razieh Emami, a postdoctoral researcher at the CfA who made precise measurements of the ring and worked to combine data from multiple nights of observations into the single final image released Thursday.

That there now exist images of two black holes of very different sizes is particularly exciting to the astronomers, and they have already begun to use the new data to test theories and models of how gas behaves around supermassive black holes. It also marks a monumental collaborative achievement for the EHT, made up of more than 300 researchers from 80 institutes around the globe and 11 observatories.

“The analogy would be if you have an adult getting their portrait taken with a long exposure, and they’re just sitting still. That’s M87. For Sgr A*, you have a toddler running around … You’re just going to get a bunch of blur everywhere.”
— Sara Issaoun, NASA Einstein Fellow at the CfA

Much of the work is based on the Harvard campus with dozens of astronomers, postdoctoral fellows, graduate students, and undergraduates at the Black Hole Initiative and CfA.

“With the interdisciplinary expertise at the Smithsonian, Harvard, and the Center for Astrophysics, our large group here has become the center of gravity for this visionary project, and an incubator for discoveries over the next decade,” said CfA scientist Sheperd Doeleman, founding director of the EHT and co-director of the Black Hole Initiative.

The work of studying these giants is far from finished. The members of the group say they are now looking at a next-generation EHT (ngEHT) project: capturing video of a black hole. The project will involve designing new ultra-high-speed instrumentation and a plan to double the number of radio dishes in the EHT array that will allow scientists “to create an Earth-sized motion picture camera” that “will bring black holes to vibrant life,” said Doeleman, who also leads the ngEHT project.

A separate panel of CfA scientists will participate in a public Q&A panel at 3 p.m. EDT today which will be livestreamed on the CfA’s Facebook and YouTube pages. On Monday at 5:15 p.m. in the Harvard Science Center, Hall C, there will be a special public event with members of Harvard’s EHT team discussing the results.