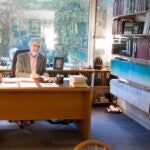 The evolution and impact of STEM education and its accompanying career opportunities reflect a positive in the fields of science, technology, engineering, and mathematics. But as the need grows for a specialized STEM-focused workforce, it’s becoming clear that not everyone has an equal opportunity.

During the Harvard-sponsored talk, “New Pathways to STEM,” panelists cited a large subset of students who are not being fully prepared for STEM careers. They then discussed ways the gap could be closed, pointing to online learning and the rapid advancement of new digital tools as ways to make STEM education more readily available. These new ways of learning, they said, can ultimately expand access to STEM education and create a more inclusive and equitable STEM workforce.

The need for a vast, talented workforce in STEM-related fields has never been more necessary, said Bridget Long, dean of the Harvard Graduate School of Education. Long cited the U.S. Bureau of Labor Statistics, which shows employment in STEM occupations has grown 79 percent in the past three decades. In addition, STEM jobs are projected to grow an additional 11 percent from 2020 to 2030. In Massachusetts alone, “40 percent of all employment revolves around innovation industries, such as clean energy, information technology, defense and advanced manufacturing,” said Long.

But, she added, “the importance of STEM education is about so much more than just jobs. STEM fields demand curious individuals eager to solve the world’s most pressing problems.”

The study of STEM subjects, she continued, teaches critical-thinking skills, and instills a mindset that will help students find success across numerous areas and disciplines. However, Long said, “too often the opportunity to learn and to be inspired by STEM is not available.

“Only 20 percent of high school graduates are prepared for college-level coursework in STEM majors,” she cited, adding, “fewer than half of high schools in the United States even offer computer science classes. So that begs the question — are kids going to be ready to meet the evolving and growing landscape of STEM professions?”

While STEM education opportunities are often scarce for high school students across the board, it’s even more pervasive when you consider how inequitably access is distributed by income, race, ethnicity, or gender. For example, Long said, “Native American, Black and Latinx students are the least likely to attend schools that teach computer science, as are students from rural areas, and [those with] economically disadvantaged backgrounds.

So what can be done to ensure more students from all backgrounds are exposed to a wide variety of opportunities? According to Graduate School of Education Academic Dean Martin West, who is also a member of the Massachusetts Board of Elementary and Secondary Education, a concerted effort is being made at the state level to work with — and through — teachers to convey to students the breadth of STEM opportunities and to assure them that “it’s not all sitting in front of a computer, or being in a science lab, but showing them that there are STEM opportunities in a wide range of fields.”

The relatively recent emergence of digital platforms, such as LabXchange, are helping to bridge the gap. LabXchange is a free online learning tool for science education that allows students, educators, scientists, and researchers to collaborate in a virtual community. The initiative was developed by Harvard University’s Faculty of Arts and Sciences and the Amgen Foundation. It offers a library of diverse content, includes a biotechnology learning resource available in 13 languages, and applies science to real-world issues. Teachers and students from across the country and around the world can access the free content and learn from wherever they are.

Many of the panelists also pointed to the need for steady funding in helping to address the inequities.

“Bottom line, if this nation wants to be a competitive leader in STEM, it has to revitalize its vision of what it needs to do, particularly in the public schools where most Black and brown people are, with regard to producing the human and physical infrastructure to teach STEM,” said Joseph L. Graves Jr., professor of biological sciences, North Carolina Agricultural and Technical State University. Graves is also a member of the Faculty Steering Committee, LabXchange’s Racial Diversity, Equity, and Inclusion in Science Education Initiative.

The panel noted how LabXchange is partnering  with scholars from several historically Black colleges and universities to develop new digital learning resources on antiracism in education, science, and public health. The content, which will be freely available and translated into Spanish, is being funded by a $1.2 million grant from the Amgen Foundation. Aside from the highly successful LabXchange program, Mike Edmondson, vice president, Global Field Excellence and Commercial, Diversity Inclusion & Belonging at Amgen, noted the Amgen Biotech Experience and the Amgen Scholars program — both of which help to ensure that everyone has the opportunity to engage in science and to see themselves in a STEM career.

We also have to do a better job at helping people understand that that we cannot afford to fall behind in STEM education, Graves argued. “That means it’s going to cost us some money. So, America needs to be willing to pay … to build out STEM education infrastructure, so that we can produce the number of STEM professionals we need going forward,” he said. “We need to have a new vision of how we prepare students to think critically about the world … as well as educating a society such that it has scientific literacy.”

Amanda Dillingham, the program director of science and biology at East Boston High School, is on the front lines of this challenge, and says she believes that supporting teachers is one of the most critical steps that can be taken to address the issue in the immediate future.

Long and the panel also paid tribute to Rob Lue, the brainchild behind LabXchange, who passed away a year ago.

“Rob challenged science learners, scientists and educators to commit to ending racial inequity,” Long said. “Access was at the core of all of Rob’s many contributions to education at Harvard and beyond. He envisioned a world without barriers and where opportunity was available to anyone, especially in science. In everything that he did, he created an environment in which learners of all ages of diverse backgrounds could come together to imagine, learn, and achieve live exchange. Rob’s free online learning platform for science was his most expansive vision, and one that continues to inspire educators and learners around the world.”