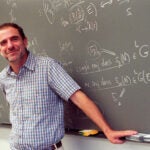 LabXchange is partnering with scholars from several historically Black colleges and universities (HBCUs) to develop new digital learning resources on antiracism in education, science, and public health. The new content, which will be freely available and translated into Spanish, is being funded by a $1.2 million grant from the Amgen Foundation to the LabXchange initiative.

Managing director Gaurav Vazirani and head of content Martin Samuels explained that the project arose directly from the murder of George Floyd by a white police officer in 2020. “We leapt at the opportunity to contribute to the urgent conversation on structural racism, in particular its intersection with science,” Vazirani said.

“Although this is our first project to directly address racism, it will certainly not be our last,” Samuels added.

The new materials aimed at high school and college educators will examine racism as a public health crisis, as well as racism in science and education. Graduate fellows from HBCUs were selected by LabXchange faculty directors, staff, and steering committee members and will be responsible for authoring the new resources in two different learning clusters: Racism as a Public Health Crisis and Inclusive and Antiracist Teaching Strategies.

New content will be published throughout the coming year, with the first set of content set to be released next week. The first batch of resources will include 39 video narratives by the project’s 20 graduate fellows. Resources will be translated into Spanish and may be translated to additional languages if there is interest.

Racism as a Public Health Crisis “aims to directly engage with the underlying structural issues of systemic racism and to train students to recognize and rectify them,” Samuels and Vazirani said. They added that the cluster helps illustrate how some scientists have misused science to support racist ideology throughout history. The first cluster is spearheaded by Bita Amani, Joseph L. Graves, Jr, Julia F. Hastings, and Frinny Polanco Walters.

Inclusive and Antiracist Teaching Strategies aims to empower educators with the tools and knowledge to support Black students’ sense of belonging, identity, and success in science. The second cluster, which is led by Jamiella Brooks, Robert T. Palmer, and Ivory A. Toldson, also hopes to provide evidence-based practices for culturally responsive teaching.

Vazirani and Samuels said they hope the project impacts several areas, particularly in healthcare and education. “It would be naïve to expect that these resources will end structural racism in public health and science education, but we hope to be a part of the solution,” Samuels said.

The LabXchange initiative was developed by Harvard University’s Faculty of Arts and Sciences, the Amgen Foundation, and Massachusetts teachers in January 2020. Since its launch, LabXchange has reached more than 13 million learners worldwide. The free resource is available to students and educators and includes a library of content in science, technology, engineering, and mathematics in several languages. LabXchange is led by co-principal investigators Alain Viel of the Department of Molecular and Cellular Biology and Xiao-Li Meng of the Department of Statistics.