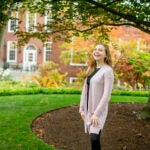 The daily life of a first-year

Sean Eddy stood awkwardly next to fossil exhibits at a 2015 wine reception at the Harvard Museum of Natural History. He was new to the University and didn’t know a soul. Then up strolled a smiling Rob Lue, who “started telling me about his new work on data-driven urban planning in Paris, and we immediately hit it off,” Eddy recalls.

The Ellmore C. Patterson Professor of Molecular and Cellular Biology and department chair would eventually come to learn that Lue was a highly regarded researcher, an energetic leader in innovative teaching, and roundly cherished for his warm and generous spirit. “Rob was an optimist with a passion that would draw you in and get you talking with him about the good things in the world — art and books and education — and how we could make the world an even better place together,” Eddy said. “He saw the best in people.”

Lue, who died Wednesday at 56 from cancer, had an impact felt deeply among undergraduates on campus and beyond. He was professor of the practice in the Department of Molecular and Cellular Biology, founding faculty director of HarvardX, faculty director of the Harvard Ed Portal, Richard L. Menschel Faculty Director of the Derek Bok Center for Teaching and Learning, UNESCO Chair on Life Sciences and Social Innovation, and faculty director and principal investigator of LabXchange.

“Rob was one of the most creative teachers at Harvard,” said Harvard President Larry Bacow. “He was always thinking about how we could do a better job of engaging our students, and he was particularly gifted in imagining how technology and data could be used to enhance the learning experience. One of my last in-person meetings before we began working remotely was with him. His confidence in our ability to teach even complex lab-based courses gave me hope when hope was in short supply. The kindness and thoughtfulness he brought to his work over the years infuse many of the pedagogical improvements made at Harvard. He was a valued colleague, and he will be missed.”

“Rob was a consummate innovator who brought incomparable vision and creative energy to his many wide-ranging projects, to the great benefit of teachers and learners across the globe,” said Claudine Gay, the Edgerley Family Dean of the Faculty of Arts and Sciences (FAS). “He was among the most warm, energetic, and generous colleagues I have been fortunate enough to know in my years at Harvard — and a master teacher on top of it. His leadership at the Bok Center reflected all of that and the important work he began there will continue. He leaves behind a tremendous legacy of imagination.”

Born in 1964, Lue was raised in Jamaica and graduated from St. George’s College in Kingston in 1982. He earned a B.A. from the College of the Holy Cross in 1986. He then took a year off to paint at Brandeis University. Art would remain a source of constant joy even as his professional career veered toward the sciences. He earned his Ph.D. in biology at Harvard in 1995 and joined the molecular and cellular biology faculty four years later.

His teaching methods and use of technology quickly garnered recognition. As the director of life sciences education at Harvard, he led a complete redesign of the introductory undergraduate curriculum that created some of the largest and most popular science courses on campus.

“When Rob lectured, you could hear a pin drop as he enthralled the freshmen with his ability to engage them in the topic of the day — they hung on his every word — and he was a master of active learning in which he regularly challenged students with questions,” said Richard Losick, Maria Moors Cabot Professor of Biology at Harvard and Howard Hughes Medical Institute Professor.

“When Rob lectured, you could hear a pin drop as he enthralled the freshmen with his ability to engage them in the topic of the day …”
— Richard Losick, Maria Moors Cabot Professor of Biology

At the Harvard Ed Portal, Lue was key in developing and defining its mission, programs, and extensive outreach to the Allston-Brighton community. In 2012, Lue became the founding faculty director of HarvardX and helped shape Harvard’s engagement in online learning and expand its reach and impact globally. The next year he was named the inaugural faculty director of the Bok Center and helped elevate its profile on campus.

“Rob was a fountain of new ideas,” said Tamara Brenner, the Bok Center’s executive director. “Under his leadership, he transformed the Bok Center to a place that attracts and energizes faculty and graduate students alike, and that sparks creativity about what can happen in the classroom.”

“His belief that science education should be accessible to everyone carried his work forward,” said Maile Takahashi, director of community programming at Harvard, who worked closely with Lue as part of his work with the Ed Portal.

Up until his death, Lue was leading LabXchange, an initiative with the Amgen Foundation that created a free, online science learning platform for high school and college students. It also focused on promoting diversity in the field. The site has had over 2.5 million visitors since it launched 11 months ago. More than 250,000 of them have been educators and students using the platform to log over 112,000 hours of teaching and learning. This fall, Lue launched the Lemann Program on Creativity and Entrepreneurship to help students contribute to solving global challenges, such as climate change and social injustice.

Lue’s vision was to improve education “by bringing equal opportunities for learning science [to] anyone and anywhere,” said Valtencir Mendes, senior programme lead in UNESCO’s education sector. “At UNESCO, Rob was known for his commitment to the United Nations Sustainable Development Goals. He believed he could bring students, educators, volunteers, and collective intelligence together to help to solve our local and global challenges.”

The former dean of Harvard Summer School and co-author of two biology textbooks, Lue worked extensively in the field of science visualization. The 2006 animation “The Inner Life of the Cell,” which Lue co-authored with his husband, Alain Viel, is one the most widely viewed and acclaimed science visualizations created.

“Rob was always so happy when students thanked him [for changing] their view of biology by creating these animations,” said Viel, director at the Northwest Undergraduate Laboratories and senior lecturer in the Department of Molecular and Cellular Biology at Harvard.

“We did not talk much about science at home, that was kept for our workday,” Viel added. “We would talk about art and education. Strangely enough, the pandemic allowed us to share more time together in our home. In the last six months we enjoyed sharing our daily meals, having our morning coffee on the patio, and chatting about art, education, and from time to time Harvard gossip. I feel blessed that I had the opportunity to share, for almost 30 years, my life with such a remarkable person.”

Those close to him shared similar feelings.

“Rob was easy to talk to,” Takahashi said. “He had so many interests. He was always able to find the connecting point. He could talk about art, interior design, movies (both good and bad — he watched them all). He was truly interested in people and would want to know what was happening at home with my kids (even when it really wasn’t that interesting). You always felt that he valued you.” 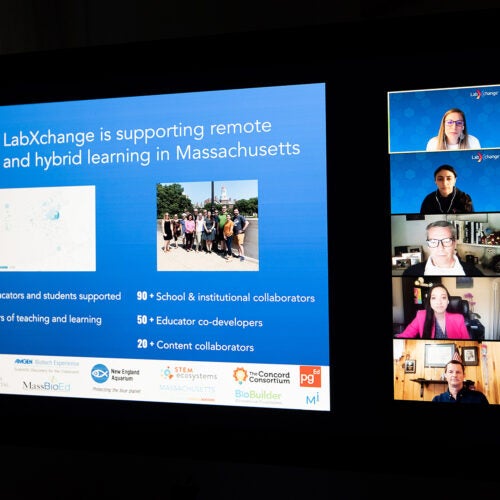 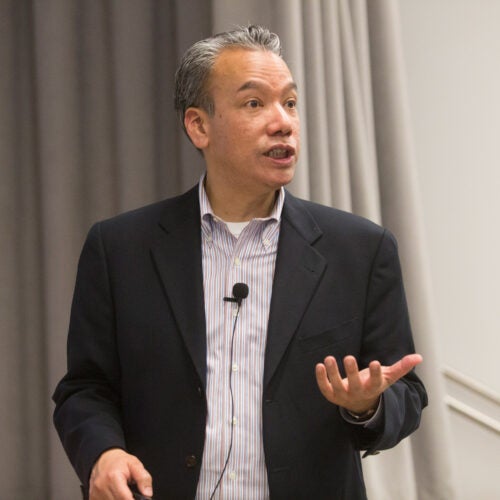 Easing the way for students to ‘do’ science

Scott V. Edwards, a professor in the Department of Organismic and Evolutionary Biology, said he will remember Lue’s warm smile. It “[was] straight from the heart of Jamaica” and “made everyone feel at home,” Edwards wrote on PostHope, a forum site where colleagues, friends, and family can post tributes to Lue.

Lue’s longtime administrator, Ilyana Sawka, said she will remember his smile as well. “Every day with him was filled with laughter,” she said. “He had such a joy in what he did and it was infectious. He was one of a kind.”

Jon Hamilton ’20 said he would cherish how dedicated Lue was as both a teacher and a mentor. A former research assistant with Lue, Hamilton remembers Lue for going well beyond traditional capacities multiple times to ensure he got the best experience as a student, and even as a professional. For the job he holds now as legislative aide in the Massachusetts House of Representatives, Hamilton said Lue spoke with his future boss for about an hour during a recommendation call to make sure the job was “good enough for me.”

“He was compassionate, empathetic, ready to help at a moment’s notice. He did so much for so many, and I regret that the world will be so much poorer for his leaving it. However, having touched so many lives, I know that he’ll be able to rest easy because his is a legacy that will live on, shining bright in all of our hearts,” he said.

A memorial for Lue is being planned for a future date.

Lue is survived by Viel, his partner of 30 years.