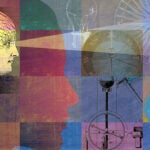 George Floyd’s murder in May 2020 ignited a historic protest movement against racial injustice that brought out upwards of 25 million Americans across the country. Unlike the Civil Rights-era marches of the 1960s and ’70s, the demonstrators were notably diverse in terms of race, age, and gender. Political and cultural leaders, corporations, universities, and others expressed support and promised to heed calls for systemic change.

But 16 months later, where do things stand?

Ibram X. Kendi, founding director of the Boston University Center for Antiracist Research and 2021 MacArthur Foundation fellow, and Heather McGhee, former president of the progressive think tank Demos and author of the recently published “The Sum of Us: What Racism Costs Everyone and How We Can Prosper Together,” spoke about the challenges the movement faces during a virtual talk last Thursday evening as part of the Truth and Transformation conference at Harvard Kennedy School.

While it’s important to expect more than just gestures of solidarity from white allies, Black people ought to avoid the “trap of making a zero-sum argument that racism is great for white people and terrible for people of color,” said McGhee, who now chairs the board at Color of Change, an online racial-justice organization.

“There’s so much bad faith on the other side” selling the notion “that every inch of progress for people of color has to come at the expense of white people,” she said. Just focusing on the benefits of white privilege, without taking an honest look at the country and its history, “does the job of marketing racism to white people inadvertently.”

“If we are truthful about the extent of racism in our politics and our policymaking, and how much it has accounted for the dysfunction of the United States, as I talked about in ‘The Sum of Us’ — the story of what happened to so many of America’s publicly-funded swimming pools that were segregated and then were drained instead of being integrated — if we’re honest about the ways in which the central animating force in the politics that shifted us from the era of shared prosperity into the inequality era, and that continues to bedevil our progress, is racism, then we have to be honest about the fact that it has a cost for virtually everyone,” said McGhee.

Moderator Khalil Gibran Muhammad, Ford Foundation Professor of History, Race, and Public Policy at the Kennedy School and director of the Institutional Antiracism and Accountability Project (IARA), which hosted the conference, asked the pair what people struggle most with or even resist when it comes to discussing race and racism. 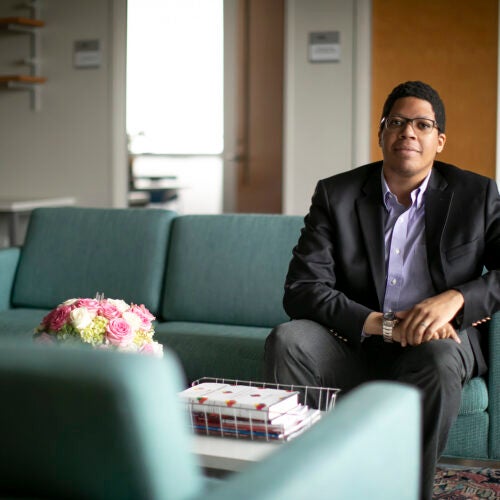 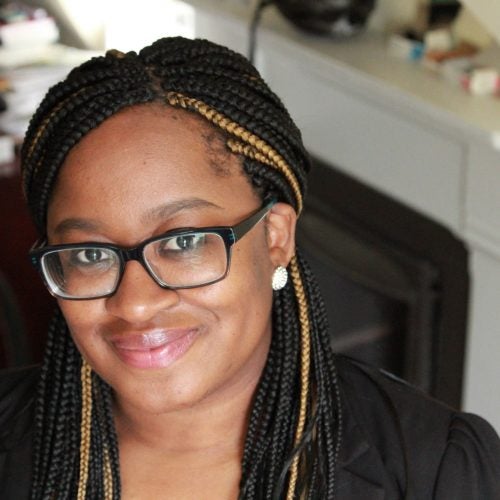 The biggest sticking point he’s seen up close is the pushback he’s gotten from the left and the right over how to define policies in terms of racism.

“I defined a racist policy as any measure that leads to racial inequity or injustice, period. We should just focus on outcome to determine whether a policy is racist or anti-racist,” he said.

For McGhee, the current news and information landscape has become so warped and bifurcated along political lines that even those willing to engage in discussions about race and racism share little common ground.

“The scale of the disinformation right now and the turbo-charging of the zero-sum, ‘us versus them’ rhetoric on the right means that oftentimes those conversations that are happening across ideological divides are happening with wildly different reference points and sets of facts,” she said.

While that has always been true “to a certain degree,” she added, today “there’s just a totally different universe” of information that feeds the political beliefs of many Republicans. So anyone who wants to have a meaningful conversation about race must first wade through “thousands of false facts” in order to piece together the narratives that underlie these beliefs just to understand these references.

“And that comes back to the deep level of cynicism that a very narrow, self-interested elite has taken to be willing to spend billions of dollars creating an alternative-information ecosystem for their own economic and political gain,” she said. “It is a scary time. I think that’s the biggest challenge.”

The IARA Project’s Truth and Transformation conference, sponsored by the Ash Center and the Institute of Politics at Kennedy School, is an annual two-day event that brings together those in academia, government, education, business, and media to consider how to turn promises of diversity, equity, and inclusion into action. Other conference panelists included Cheryl Mills, former counselor and chief of staff to Secretary of State Hillary Clinton; Boston’s acting Mayor Kim Janey; and Howard University Professor Nikole Hannah-Jones, journalist and founder of The New York Times’ 1619 Project.