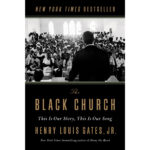 Even if “The Future of Diplomacy Is Female,” as Monday night’s JFK Forum suggested, that does not mean women in the field will avoid formidable obstacles. That was the thrust of former Secretary of State Madeleine Albright’s comments at the online Institute of Politics event celebrating International Women’s Day. In the conversation, moderated by Harvard student and IOP president Menat Bahnasy ’22 and Kennedy School student Aoibheann Thinnes, M.P.P. ’21, Albright shared, with humor and insight, the hard lessons she learned as the United States’ top diplomat and a working mother.

Thinnes kicked off the conversation on an optimistic note, asking “Has the battle not been won?” — a supposition Albright quickly dismissed.

“We can’t take anything for granted,” she said.  “There are many people out there who still don’t believe women should play an important role in policy or business. It’s important that each generation should be able to build on the previous one, but it isn’t easy.”

To illustrate, Albright revisited her own career. Early on she worked for Democratic Sen. Edmund Muskie of Maine and then for national security adviser Zbigniew Brzezinski during the Carter administration. Eventually President Bill Clinton appointed her U.S. Ambassador to the United Nations in 1993 and secretary of state in 1997. Still, she said, many male detractors used her gender against her, arguing that leaders from conservative, male-dominated societies, such as the Arab countries, wouldn’t speak with her.

It turned out the biggest hurdles weren’t abroad. “I didn’t have any problems with leaders speaking with me,” she said. World leaders and other diplomats, she pointed out, were too savvy to try to duck a representative of the United States. Instead, “I actually had more problems with the men in our own government,” she said.

“That is a very hard thing to say,” she began, before offering her explanation. “They’d known me for a very long time. They knew me from when I made the dinner and cleared the table, when I was a carpool mother, and I was friends with their wives … and when I was a staffer, and I made a lot of coffee.”

Often, she told the online audience, “People want to know about work-life balance.” Her answer was an example from her time as U.N. ambassador. In 1995, two years into that role, she was scheduled to attend the fourth annual Women’s Conference in Beijing, a gathering of world leaders to address gender-linked issues. For Albright, the situation was complicated. “I had to leave my youngest daughter’s wedding reception to get on a plane to go to the Women’s Conference,” she remembered. “Work-life balance is sort of a joke.”

The solution, she said, is representation: “There need to be more women in the room.” Not that women are invariably supportive of one another. As she has before, Albright spoke harshly against women who undercut other women. “There’s a special place in hell” for such backbiters, she said. Still, she credited her own rise in part on the presence of mentors and supporters, including former Secretary of State Hillary Clinton.

Following the resignation of Secretary of State Warren Christopher in 1997, Albright said she knew she was being considered for the job — but also that it was a long shot. What made the difference, she said, was the relationship she had built with the Clintons during their travels. The president, she said, “told the following story that Hillary would come to him and say, ‘Why wouldn’t you name Madeleine? She’s more in tune with your views than anyone else. She expresses them better than anybody else. And besides it would make your mother happy.’

“It makes a difference if there is a woman there to help champion you at the same time a man wants you to have the job,” Albright said. “For me, it was the perfect combination.”

Albright celebrated American diplomacy’s regained importance with the arrival of a new administration intent on renewing its engagement. Describing herself as “very worried” about the state of democracy around the world, she called on students to learn to listen to each other. “Do not allow a leader who makes the divisions worse,” she said.

For women who seek to become diplomats, the secretary said that above all, preparation is vital. For example, although many in Washington, D.C., tend to segregate foreign and domestic service, the two are interconnected. Working with Muskie, she said, taught her the importance of understanding Congress’ needs and constituencies. And to get support for foreign policy, she said, “It’s absolutely essential to understand the domestic roots of foreign policy.”

Humor is also important, Albright said. She recounted a meeting at which a representative from Cuba went to town insulting the United States as a “disgusting country” of “capitalist pigs.” As part of the negotiation to set up that meeting, Albright had surrendered the right to make a countering national statement. Instead, she chose a simple acknowledgment. “I said, ‘I would like to thank the representative from Cuba for his statement and for his kind words to me.’ And it broke everybody up.” With the mood leavened, the real work was able to begin.

Albright added that women must believe in themselves, and warned that too often, they undermine themselves in meetings. “You think to yourself, ‘I won’t say it. It will sound stupid.’ Then some man says it, and everyone thinks it sounds brilliant.”

Preparation paired with determination are the remedy. As a teacher, Albright often held class discussions in which students would not be called upon to speak but, instead, had to break in.

“One of the things that I would tell my students is that as the only woman in the room, you have to decide that you are going to speak no matter what,” she said. “You have to know what you are talking about and have a firm voice — and you have to interrupt.”