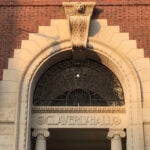 Moving to a new city and starting at a new school or a new job can be an exciting experience. But it’s also a stressful one, at least early on, when you don’t know anyone or how to get around town or even if you’ll ever feel as if you truly belong.

“The Breakfast Club” has been delivering that sense of community, and so much more for H. Tommy Amaker, the Thomas G. Stemberg ’71 Family Endowed Coach for Harvard Men’s Basketball, and the other regulars who gather for a meal and some friendly conversation each month at the Charles Hotel.

The gathering began with a simple invitation from Charles J. Ogletree Jr., J.D. ’78, the Jesse Climenko Professor of Law Emeritus at Harvard Law School (HLS), one of the nation’s preeminent advocates and scholars of racial and social justice, and civil rights. Amaker, a highly regarded, up-and-coming young coach, had just left the University of Michigan in 2007 to work his magic at Harvard as the new head coach of men’s basketball.

Amaker’s strong track record at Seton Hall and Michigan, top-tier programs, had many local hoops fans excited, Ogletree included. So he organized a breakfast at Henrietta’s Table and brought along a few basketball-obsessed colleagues.

“Tree called me up and said, ‘Let’s take Tommy out and welcome him to Harvard,’” recalled Ronald S. Sullivan Jr., Jesse Climenko Clinical Professor of Law at HLS. “He was new; he was, at the time, the only African American head coach of a varsity team; and we wanted to make him feel welcome in the space.”

From then on, the men got together every month, bringing along one or two Harvard colleagues or notable figures from Boston’s Black community to meet the new coach. Part roundtable, part barbershop, they’d talk Harvard hoops, swap stories, debate current events, and share with Amaker some wisdom about navigating life in Boston and at Harvard.

“They initially wanted to be a sounding board for me. I felt very comfortable asking for counsel and advice. And then sometimes, I got more than I asked for, like how to run a 2-3 zone,” he joked. “But that was all part of it because we had fun.”

Word soon got out about the get-togethers. “Probably because we were loud, having so much fun at the table each month, just laughing, people started calling to say, ‘Hey, I’d like to get in on this breakfast.’ And so, the table just grew and grew and grew,” said Sullivan who manages the group’s coveted invitation list and schedule.

Today, the group has about 60 members, with faculty regulars like Augustus A. White III, Ellen and Melvin Gordon Distinguished Professor of Medical Education and professor of orthopedic surgery at Harvard Medical School; Roger Porter, A.M./Ph.D. ’78, IBM Professor of Business and Government at Harvard Kennedy School; and Cornel West ’73, professor of the practice of public philosophy at the Harvard Divinity School.

“It’s fantastic; it’s invigorating; it’s inspiring; it’s empowering; and it’s that way for all of us,” said Amaker.

“It is a wonderfully engaging group of people,” Sullivan added. It’s “the bright spot of my month spending the hour with those remarkable men and women.”

Long after he had settled into the job, Amaker continued to make time for the breakfasts because he found the camaraderie and conversations so rewarding. But he wanted to share that experience with his players. “How lucky am I to be able to interact with these brilliant, talented, giving individuals here?” he thought to himself. “I should start bringing these guys.”

Amaker’s students now come every month to listen to and learn from club regulars, or just soak up the atmosphere and enjoy a free, deluxe breakfast.

“I think, myself for sure, everybody from our team that shows up is incredibly grateful for the ability to hear everybody’s experience because they’ve been where we are, and they are where we want to go, or they’ve been where we want to go,” said Spencer Freedman ’22, a computer science concentrator from Los Angeles who has attended several breakfasts. “They’ve done it before us, so who better to teach us than the people who’ve been there?”

Since the pandemic, the breakfasts have been virtual and have welcomed special guests for candid, off-the-record talks on a wide array of issues. Last month, Pittsburgh Steelers head coach Mike Tomlin shared some of his coaching and leadership philosophies, and Danielle Allen, James Bryant Conant University Professor at Harvard, spoke about a potential gubernatorial run. Past guests have included NFL Hall of Fame coach Tony Dungy; Citigroup executive Raymond McGuire ’79, J.D. ’84, now a New York City mayoral candidate; Harvard President Larry Bacow; and U.S. Sen. Rev. Raphael Warnock of Georgia. Amaker had taken the team to hear Warnock speak at Ebenezer Baptist Church during a pre-pandemic Atlanta road trip, and they later invited him to attend when he was in town.

Exposing students to different ideas and thought leaders beyond sports is all part of Amaker’s overarching goal to prepare them for life “beyond the 94” — the length in feet of a basketball court. Maybe they aren’t going to become lawyers, he said, “but they know a tenured law professor at Harvard. It starts with a relationship built on trust.”

For an upcoming Breakfast Club talk by Kareem Abdul-Jabbar, the NBA hall of famer and social justice activist, Amaker had students read and discuss as a team an essay by Abdul-Jabbar about the influential role athletes can play to help destigmatize COVID vaccinations in the Black community.

“That’s what I think differentiates Coach from a lot of other coaches — his ability to help us outside of basketball and his emphasis on helping us understand the Black folk in our community that are super influential,” said Idan Tretout ’23, a sociology concentrator from Brooklyn, N.Y. 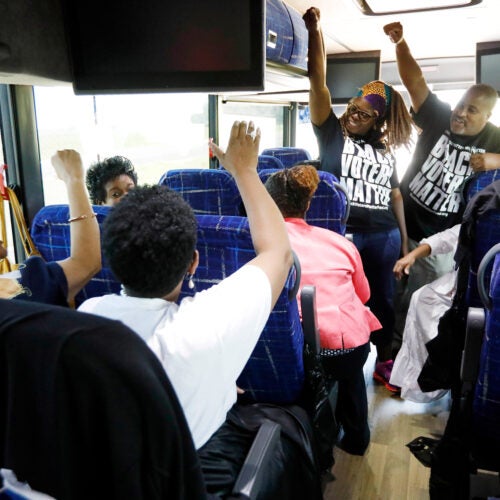 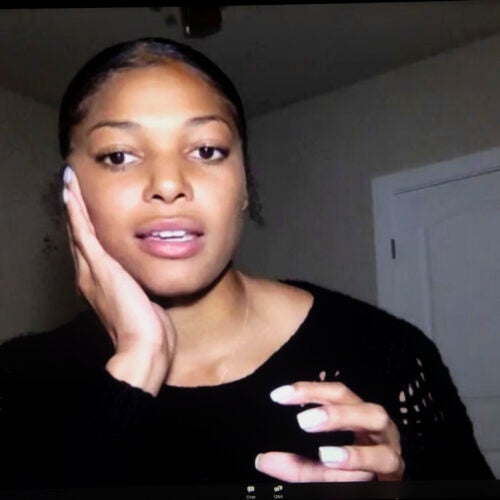 Though it’s not a networking event, many students have made valuable personal and professional connections through the club. Tretout recently landed a summer internship through someone he met at a breakfast.

Having access to a group of highly accomplished adults who will gladly, reliably serve as mentors and advisers is a precious resource that few college students enjoy.

“I’m a teacher and educator first, more so than a coach. And so, part of my thought in having our players engaged in this is for them to learn, for them to be touched by these individuals, to be mentored and talked to and advised and counseled and to build lifelong relationships with these amazing people,” said Amaker. “Our Harvard community has embraced this because they see the impact that this is having on our students.”