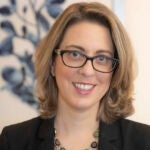 A new take on Title IX

There were no ice rinks or sportsplexes in Bamfield, a fishing village of 300 people in Vancouver Island, B.C., when Maryna Macdonald was growing up. But that didn’t deter her. Together with her cousin Connor Logan, who was four years older and a budding ice hockey standout, Macdonald played on driveways or the street, and developed a love for the game.

That love continued when Macdonald’s family moved to a bigger city, Port Alberni, where she joined an ice hockey league at age 8, the only girl on her team. And it has taken her more than 3,000 miles away from home to Harvard, where she is a defender on the Women’s Ice Hockey team. Harvard scouted her when she was in 10th grade.

An environmental science and public policy concentrator, Macdonald ’22 is a member of the Ditidaht First Nation, one of 634 aboriginal groups of Canada’s First Nations. When she looks back at her trajectory, she marvels at how far she has come and dreams about how much further she can go.

“I’m a small-town girl who grew up in a fishing village who didn’t even know about college hockey,” reminisced Macdonald at the Boynton Lounge in the Bright-Landry Hockey Center on an afternoon before the University evacuated students and moved classes online to prevent the spread of coronavirus in mid-March. “If I decide to continue with hockey, I’ve been thinking I could go abroad to Sweden or back to Canada, or the pro league here in the United States, but if that doesn’t happen, I’m hoping to go to law school.”

Back then, Macdonald focused on her studies and her squad, spending most of her free time at the rink. She practiced two or four hours on weekdays, and competed on Fridays and Saturdays. Now, back at Port Alberni, she keeps busy working remotely as an intern for the Massachusetts Attorney’s General Office and planning her own hockey camp for young girls, ages 5-13, to promote the game in her hometown.

When the season was canceled due to the pandemic, Macdonald had scored four goals, with 15 assists, and has appeared in 54 games. The Women’s Ice Hockey Twitter account featured her goals against Dartmouth and Rensselaer, both clean and powerful shots from the point. The Crimson finished fourth behind Cornell, Princeton, and Clarkson in the Eastern College Athletic Conference.

On the ice, Macdonald’s competitive streak stands out. Growing up, she played a variety of sports from gymnastics to rugby, figure skating to swimming, basketball to soccer, but it was hockey that gave her the most joy and the desire to push herself to improve. She revels in the game’s fast pace, the physicality, and the high energy. “When you’re in a small rink, it’s really loud,” she said. “It’s such a contagious energy that you feel you want to get in and play.”

“Maryna is an awesome human being, nice and caring, and a great teammate, the kind we want on the team,” said Stone. “She has great awareness on the ice. She anchors well; she’s a solid defender, a competitor; and she loves the game. She’s not a kid who plays ice hockey. She’s an ice hockey player.”

Logan, Macdonald’s cousin, is a forward on the University of Windsor (Ontario, Canada) men’s ice hockey team. “She was super-competitive as a kid,” he said of Macdonald during a phone interview. “I remember hanging out with her every summer. She always wanted to come out and play with me and the boys. She always wanted to do well and would always get mad if she didn’t do well. That competitiveness just took her a long way, clearly. I’m proud of her.”

For Macdonald, Logan has been a great support system over the years, providing advice or serving as a sounding board on hockey-related issues. Her tight-knit family, led by matriarch Geraldine Tom, her grandmother, has always supported her and Logan’s hockey careers.

Macdonald has maintained strong ties to her native roots through her grandmother, who is a source of inspiration and strength. Tom attended one of the many residential schools the Canadian government established to force indigenous children to assimilate to white Euro-Canadian culture. Started in the late 19th century, the program ended in 1996. Tom now works as a social worker in Port Alberni helping residential school survivors deal with traumas and reconnect with their Indigenous roots.

Macdonald does some of her connecting through the Harvard University Native American Program (HUNAP). “It’s a big part of my Harvard life here because it gives me the ability to learn more about my heritage,” she said. “They support me so much.”

Every summer, Macdonald goes back to Port Alberni to work as an instructor at West Coast Prep Camp, where she played hockey as a kid. It is a trip that helps her realize the distance she has traveled from her days playing for her hometown team. It’s also a chance to be a female role model for the girls — a rarity when she was growing up. Spreading the word about hockey and the opportunities it can bring is Macdonald’s mission.

“There are not many girls from Port Alberni who have made it to the University or have shown people the opportunities for them,” said Macdonald. “That’s the great thing about the camp now that I work there. I can tell them, ‘If this is something you want to do, there’s so many opportunities out there for you to play and get an education.’ It’s so cool that I can give that experience to them instead of having them figure it out on their own, like I did, so they can maybe go do better things.” 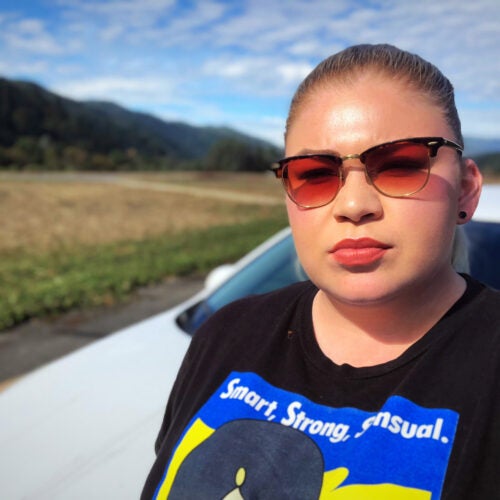 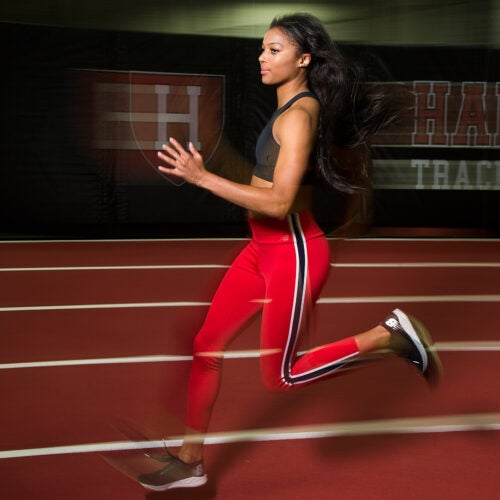