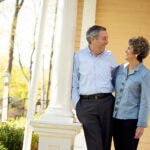 Arriving at Harvard from a small city of 15,000 in southern Oklahoma, Truman Burrage experienced a shock of sorts, socially and culturally. Not only was college football not the thing here, but, more significantly, there were few students hailing from rural America with whom to relate.

But Burrage, a member of the Choctaw Nation, soon found a home away from home in the Harvard University Native American Program (HUNAP). It was there that he regained his confidence, built a community, and discovered a mission for himself.

“Native students have a hard time succeeding at Harvard because of our small numbers,” said Burrage, on a sunny chilly morning at the Kennedy School. “The community we build here provides a support system that is integral to native students’ success.”

Without HUNAP, Burrage said, it would be harder for Native American students to find each other. They make up only 2 percent of the student body and they tend to be the only Native Americans in many classrooms, which can often lead to feelings of isolation.

While the program offers activities, such as the annual powwow, for students to connect with each other and celebrate their Indigenous cultures, it also provides a physical place where they can meet and study, get to know each other, and support each other. Burrage spent many days studying at its headquarters on Story Street and hanging out with other Native students; and in that supportive environment, he blossomed.

The reinforcement he found at HUNAP and the Native Americans at Harvard College (NAHC) is the foundation of his Harvard experience, said Burrage. In his junior year, he became president of NAHC, which was very active despite the fact it was made up of just 15 members. The group created a petition for the University to change the name of Columbus Day to Indigenous Peoples’ Day. In addition, they held weekly meetings to discuss Indigenous issues and plan check-ins on the well being of its members.

“Harvard does a good job in knocking you down and bringing you back up. All the challenges help you figure out who you are and where you fit in … because how can you grow and transform if everything is easy?”
– Truman Burrage

“We strive to better the college experience of all members in a completely selfless manner; there is no leveraging of connections or anything of that nature,” said Burrage, a senior concentrating in economics. “We do some activism, but we’re much more focused on building a community and supporting each other.”

As president of NAHC, Burrage spearheaded the planning and organization of the 2017 All Ivy Native Council Summit on Harvard’s campus, which brought more than 100 native and indigenous students to the University from across the Ivy League, said Shelly Lowe, HUNAP executive director. “Truman’s leadership at the time pulled the native students at Harvard together to host the event,” she recalled.

Hailing originally from the Deep South, including Mississippi, Louisiana, and Florida, the Choctaws were forced to move to Oklahoma during the notorious Trail of Tears from 1831 to 1833.

Many members of the Choctaw Nation have fair complexions and can pass for white. Such is the case with Burrage, who finds it strange that people often ask him how native he is. “Native Americans are one of the few people, if not the only people, who get asked that question,” said Burrage. “The Choctaws don’t have a reservation. And a great percentage of Native Americans live in cities, not in reservations. Our phenotype varies greatly.”

Throughout his years at Harvard, Burrage remained loyal to his Oklahoma roots, wearing his cowboy boots and signature jeans almost all of the time. It was an affirmation of his enduring attachment to his hometown, Durant, the headquarters of the Choctaw Nation of Oklahoma.

On the eve of his graduation, Burrage finds himself more comfortable in his own skin. There were times during his freshman year when he thought he might have erred in trading the rural Southwest for the Northeast. During his ups and downs, he turned to his mentor, Brendan Kelly, senior preceptor in mathematics, whose support was key to getting through Harvard “relatively unscathed,” in Burrage’s words.

For Kelly, Burrage’s ambition and hard work paid off. “Truman took advantages of tutoring and all the different support systems,” he said. “He came into his own and flourished.”

Burrage has been admitted to Harvard Law School, but has deferred his entrance until 2021. He plans to work at a consulting group in Boston for the next two years.

Of his time at Harvard, Burrage has a candid and sensible view that shows how much he has grown and matured.

“Harvard does a good job in knocking you down and bringing you back up,” he said. “All the challenges help you figure out who you are and where you fit in … because how can you grow and transform if everything is easy?”