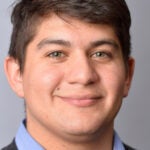 For Blythe George, the road to becoming a scholar who studies the effects of poverty, unemployment, and crime among Native Americans began at home.

Growing up in a working-class family in McKinleyville, a rural town along the north coast of California, 60 miles from the Yurok reservation, the tribe to which she belongs, George’s upbringing was marked by both her father’s substance abuse and her mother’s constant encouragement to strive for a better life.

“My mother supported my pursuit of opportunities that at times neither of us could fully understand but that she wanted for me nonetheless,” said George via Zoom from her hometown, where she was hunkering down with family during the coronavirus quarantine.

Enveloped by her mother’s love and support, George often imagined herself flying like an eagle, aiming high and nurturing big ambitions. After excelling in school, where she stood out as bright, opinionated, and driven, George left McKinleyville to go to Dartmouth College, with the selective Gates Millennium Scholarship, and then to Harvard, from where she is poised to graduate with a Ph.D. in sociology and social policy from the Graduate School of Arts and Sciences.

It has been a long journey, and although graduation may mark the culmination of George’s schooling for now, it ends with a coda that makes her feel both proud and grateful. According to officials from the Harvard University Native American Program, George is the first Yurok to receive a doctoral degree from Harvard.

As a scholar of poverty issues, George looks forward to making lasting contributions that could lead to the development of new social policies to improve Native American lives.

“I couldn’t be one of those box-checker Indians that gets benefits by virtue of their heritage and doesn’t return them back to their communities,” said George. “The end goal was always how can I make sure both McKinleyville and the Yurok Tribe would benefit from what I’ve been so lucky to be a part of.”

Now a Presidential Postdoctoral Fellow at the University of California, Berkeley, George is working on a book based on her dissertation on the effects of poverty, unemployment, and crime on the Yurok and Hoopa reservations. Her book, she said, will be a special offering to Native American students who arrive at colleges and universities and struggle to find narratives about poverty written by someone who has experienced it.

Identity issues were not always that clear for George. In school, she wrestled with her mixed heritage: Her father came from a family of white miners in neighboring Karuk Country, while her mother is of Yurok and Irish ancestry. She grew up proud of her Indigenous roots, though she said she often felt she wasn’t Native enough because she didn’t grow up on a reservation.

With more than 6,000 enrolled members, the Yurok are California’s largest federally recognized tribe. Members live on their ancestral land, surrounded by redwood forests, between the Pacific Ocean and the Klamath River.

At Dartmouth, George joined a Native American student group and served as an undergraduate adviser at the Native American House, where she found a family, connected by their common stories of rural backgrounds and modest upbringings.

“I couldn’t be one of those box-checker Indians that gets benefits by virtue of their heritage and doesn’t return them back to their communities.”
— Blythe George, Ph.D. '20

At Harvard, George encountered a lack of Native voices in sociology and social sciences research and became an advocate for the Yurok Tribe and Native Americans. Her mission was not only to produce original research on Indigenous issues, but also to push other academics to include Native American populations in their research.

“I felt that if I didn’t bring up the word Yurok or the word tribe in William James Hall, it could have very well never been spoken,” said George. “Part of my mission being out there is to be someone with the gumption to raise her hand and ask, ‘How might this apply to Indian Country?’ or ‘Could you tell me more about your data on Native people?’”

He praised George’s dissertation as important and much-needed. “It is an innovative study that makes a significant contribution to the literature in concentrated poverty and inequality,” he said. “Her work is original. I don’t know of any other study of the kind that Blythe is conducting. That’s the uniqueness of her work.”

Since 2016, George has partnered with the Yurok Justice Center and Tribal Court to do her research, and to help the court collect data to help lower the high incarceration rates of Native Americans.

“If you look at research on tribal inmates, there isn’t any,” said Abby Abinanti, chief judge of the Yurok Tribal Court. “We’re trying to create a reentry program, which would become a model and a pilot for our state and probably across the country. We have very high incarceration rates, but we have very little data. With her work, Blythe is helping us to get that data that could lead us to real change.”

For George, working with Abinanti, the first Native American woman admitted to the California bar, fuels her inspiration to work to better the lives of her fellow Yuroks.

“I’ve always thought of my Ph.D. as a tool to represent the Yurok Tribe,” George said. “I have never restricted myself to ‘studying where I’m from,’ but I have a real obligation before I move on to be a voice for the Yurok Tribe.”