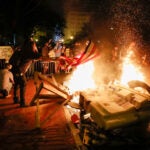 Politics has seeped into every corner of our lives. Even announcements once thought above rank partisanship, such as states letting voters mail their ballots this fall and the death toll from the COVID-19 pandemic, now ignite accusations of political bias. Research by Harvard economists finds that politics don’t just influence people’s attitudes about economic issues and policies, it shapes their perceptions of verifiable reality.

Studies of Republicans and Democrats, as well as Trump voters and non-Trump voters, found that people with opposing political views don’t simply see issues like income inequality through different lenses, those beliefs distort their basic understanding of the issues themselves even though accurate information is readily available, according to a working paper by Alberto Alesina, Nathaniel Ropes Professor of Political Economy; Armando Miano, a doctoral candidate; and Stefanie Stantcheva, a professor of economics. Alesina, a pioneer in the field of political economy, died of an apparent heart attack on May 23 at age 63.

“All of this started with a push to really try to understand what’s in people’s heads,” said Stantcheva. The group decided to look at what drives people to support or oppose policies intended to reduce income and wealth inequality, like a progressive tax system, social insurance, and help for low-income families. “One thing that we’ve been doing a lot is to study what we can observe … like what people actually do, what people learn, and what people decide. What we really have not known until now so much is: What’s going on in the background? How do people think about their decisions? How do they decide which policies to support or not? How do they reason about these?”

Understanding those underlying assumptions is harder than it first appears. Political opinions are formed based on a confluence of external and internal factors, and they can shift over time.

The team first developed online surveys designed to elicit respondents’ political perceptions, values, and beliefs. They then asked thousands to share their views on social mobility, inequality, and immigration, three topics known to directly influence opinions on progressive economic policies, such as the redistribution of wealth.

No surprise, Republicans and Democrats had different views about many things, such as how hard it is to achieve the “American dream,” whether the country should adopt a different tax system to give more people a larger share of the national income, and how much the government is to blame for rising inequality.

In a 2018 study, the researchers found that Americans as a whole largely overestimate how likely it is that a person born in the bottom 20 percent income bracket will rise into the top 20 percent.

Both Republicans and Democrats also overestimated the size of the U.S. immigrant population and its dependence on government assistance, and underestimated its level of education. Republicans were almost twice as likely as Democrats, though, to think that the average immigrant gets twice the aid of a nonimmigrant with an identical resume.

Why are perceptions on the left and right so far apart? Several factors seem to contribute, said Stantcheva. First and foremost, Republicans and Democrats tend to seek out very different news sources so they often get very different information. But even within those sources, the information that’s received is understood differently based on variables like a person’s education or life experiences, how much they trust the messenger or principals involved, their prior beliefs about a given issue, and other ideas they associate with an issue.

“How much you’re going to change your belief as a function of that information is going to depend on the weight you put on it, and that weight will depend on what you already think,” she said. “Without interruption, it’s just a cycle that will reinforce itself.”

Democrats and Republicans were starkly divided on the topic of immigration and what to do about it, perhaps because it’s so often in the news and discussed in predominantly negative and emotionally charged terms. Where they were in sync was how misinformed they were.

“Immigration is an area where there’s a very widespread misperception,” said Stantcheva. Even though liberals broadly view immigrants more favorably, they had no better handle on how the newcomers impact the U.S. than conservatives did. “One group is not necessarily more wrong than the other. Everybody’s quite wrong.”

Complicating matters is the fact that simply presenting accurate data to the misinformed doesn’t always work. On matters like social mobility opinions can be moved with statistics, but on especially partisan issues like immigration, facts appear to do little to change viewpoints, the researchers found.

One experiment showed that even when given an opportunity to learn the facts about immigrants in the U.S. for a nominal sum, those holding the most negative and most inaccurate perceptions were the least willing to pay.

“The people who most need the information are going to be the least likely to seek out that information. It seems that either they don’t realize that they’re wrong, or they’re just very entrenched in their beliefs, and do not want their beliefs to be changed,” said Stantcheva.

What does change minds on a highly divisive topic like immigration? Stories and questions.

Telling emotional stories about a day in the life of almost impossibly hard-working immigrants who just need a hand up can move people’s views about immigrants and redistribution in a more positive direction. But priming folks with questions is even more effective — at turning them against it.

“If you ask people questions about immigration — just the questions, without any information — and you ask them, ‘How many immigrants are there? How many are unemployed, etc.?’ If you ask those questions before you ask questions on the tax system, on health insurance, etc., people … become less progressive, less inclined to these solutions,” said Stantcheva. “Just making people think about the immigrant issue … makes them less willing to support redistribution.”

So far, this research has shed a lot of new light on what’s happening to shape political opinions, a vantage point not typically taken in other data sets but one that has “a ton of policy implications,” she said. 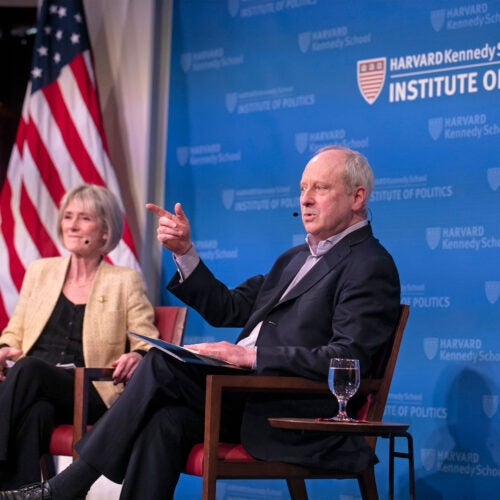 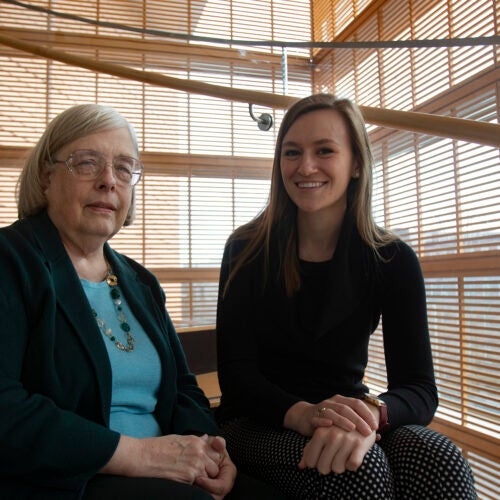 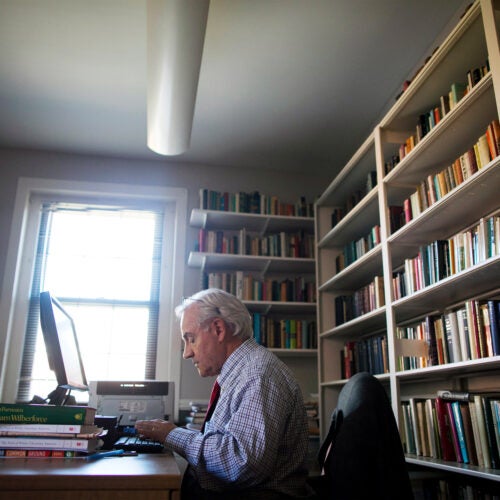 ‘Will progressives and moderates feud while America burns?’