The real trade-offs attached to going green with nuclear energy 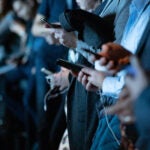 Must we go nuclear to go green? What will be the trade-offs — and the risks — if we do? These were the central questions Monday night, as former Secretary of Energy Ernest J. Moniz and former Deputy Secretary of Energy Dan B. Poneman ’78, J.D. ’84, discussed “Nuclear Energy: Climate and the Bomb” at an Institute of Politics Forum at the John F. Kennedy School of Government. In a wide-ranging conversation, moderated by Meghan O’Sullivan, Jeane Kirkpatrick Professor of the Practice of International Affairs, viability and safety as well as expedience and practicality were all on the table.

“We’ve had good news on the cost of renewable energy,” said O’Sullivan in her introduction. “But there’s a growing realization that the nature and the scope of the crisis demands more.”

Tackling the topic first, Moniz agreed. “Even in the four-plus years since [the global] Paris [Agreement on climate],” he said, “the challenge has been recognized as much greater” than was once thought. Growing evidence, he said, has shown that slowing carbon emissions will not suffice to halt climate change. “We see increasingly now it’s got to be net zero emissions,” which requires carbon removal as well.

Current renewable energy technology is simply not up to the task, both speakers agreed. Although Moniz cited improvements in batteries to store energy from renewables, he noted that they currently only focus on hours of storage. With energy sources like solar or wind varying drastically from summer to winter and hydroelectric potentially vulnerable to drought, “you’d better figure out seasonal storage,” he said.

Nuclear, which is carbon-neutral, is one answer. “Is it essential? No,” said Moniz. “I can think of other ways around it. But does nuclear help a solution enormously? Yes.”

“You can take all the wind and all the solar you want, and it’s not going to solve the problem.”
— Dan B. Poneman

Poneman made the point more forcefully. “You can take all the wind and all the solar you want, and it’s not going to solve the problem,” he said. “We’ve got to get out of the zero-sum game where renewables push out nuclear.”

With public concerns about safety, particularly in the wake of the Fukushima Daiichi nuclear plant disaster, both acknowledged that security and reliability are essential to winning public support. However, said Poneman, new technologies may show a way forward. He cited new reactor designs that use safer substances such as molten salts, liquid metals, or gas as coolants and liquid fuels that expand if they overheat, “passively shutting themselves down.” Additional safety features like off-site electricity would specifically avoid what happened in Japan, he said.

Such new reactors would likely be smaller and modular, constructed in manufacturing facilities as opposed to being built on site. Such construction would assure quality, said Moniz. However, both explained, they would need to prove their commercial viability to move forward. This, said, Poneman, would require a “public-private partnership.”

“We’ve got to be pragmatic and build coalitions,” added Moniz. “We’ve got to get away from the rigidity of ‘I’ve got the answer.’”

The stakes, both stressed, are high, in part because any talk about nuclear energy not only takes into consideration global safety, but also touches on the possibility that the enrichment process used for nuclear fuels can be a cover for additional enrichment to produce weapons. The ideal, said Moniz, would be for all countries seeking assistance in developing nuclear power programs to enter agreements like the one between the U.S. and the United Arab Emirates, in which the UAE agreed never to seek to enrich its own fuel.

However, both noted this kind of treaty is not likely. Because the U.S. is no longer the sole provider of nuclear reactors or fuel, “we cannot call the shots,” said Poneman. “If we say no, they can go to Korea or France or Russia or China.”

That does not mean there is no international consensus, said Moniz. Even with the U.S. pulling out of the 2015 Joint Comprehensive Plan of Action, colloquially known as the Iran nuclear deal, he said, Tehran is still allowing verification by IAEA inspectors. “Iran recognizes that the foundation of the international community having confidence that they are not doing a weapons program relies on them staying with that,” he said. [The Washington Post reported Tuesday that Iran is dramatically ramping up production of enriched uranium after the Trump administration’s 2018 decision to abandon the accord, the IAEA confirmed in a report that also criticized Tehran for blocking access to suspected nuclear sites.]

Perhaps a way forward, Moniz suggested, would be to urge other advanced nuclear powers to adopt the “gold standard” of the U.S.-UAE agreement and, when that isn’t feasible, focus on verification. Enforcing these standards, said Poneman, calls for the U.S. to reconsider nuclear as a global reality, and to resume our role in its development. “If you care about nuclear safety and you care about nuclear security, you have to want U.S. leadership,” he said. 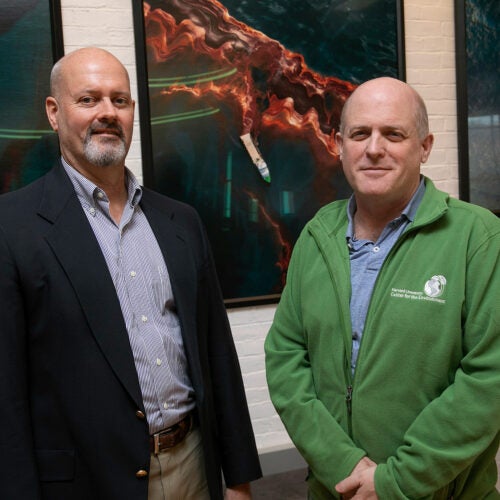 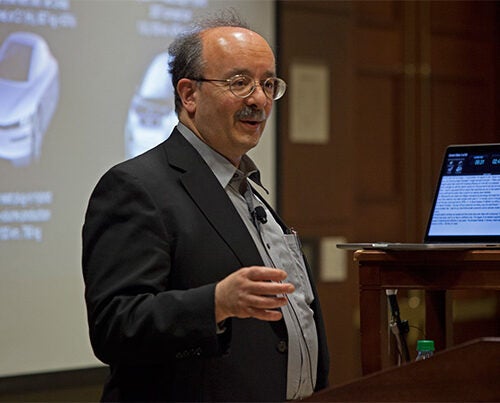