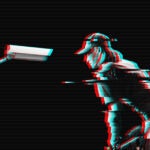 Girl with the golden arm

On his first day at Harvard, Gabe Fox-Peck ’20 met Joshuah Campbell ’16 in the arts preorientation program, and the two began to bond over their shared Southern roots and deep passion for music.

“My mom had called ahead because it was my birthday, so Joshuah, who was my proctor, had a little cupcake for me,” recalled Fox-Peck, who grew up in Durham, N.C. “We’re both from the Carolinas, so it’s like we could relate to being a fish out of water.”

Both were grateful for the mentorship of Vijay Iyer, Franklin D. and Florence Rosenblatt Professor of the Arts, and each performed for the other’s senior creative thesis (Fox-Peck’s was a gospel performance, Campbell’s jazz).

“We’ve been tight collaborators off and on,” said Campbell, a South Carolina native who is currently working on a master’s in divinity at Union Theological Seminary in New York City. “Harvard has given me several people like Gabe. We had to find community with other people in extracurriculars. We learned to hustle, and we learned to love doing it with each other.”

On Sunday, the pair will be together at the Oscars in Los Angeles, where “Stand Up,” a song that Campbell co-wrote and Fox-Peck co-produced for the biopic “Harriet,” is nominated in the best original song category.

(The song ultimately did not win Sunday night, though co-writer and “Harriet” star Cynthia Erivo did sing it on the Oscar telecast. Still, alumnus Miky Lee, MA ’86, did win big as executive producer of “Parasite,” the landmark South Korean film that won best picture and best director awards, among others.)

“My goals were something that sounded good and that honored Harriet Tubman,” said Campbell, who got a call for a demo recording after the film’s composer, Terence Blanchard, saw him perform his piece “Sing Out, March On” in 2018 as a tribute to the day’s Commencement speaker, John Lewis, the congressman and legendary Civil Rights leader. “It wasn’t unexpected. I knew the product was good, but it wasn’t even in my realm of thinking that it would get to this level.”

For his part, Fox-Peck, who graduated in December with a degree in comparative religion and a secondary in African and African American Studies, recalled the demo project as a pretty typical collaboration session with Campbell.

“We sat in my living room and built it from scratch. He said, ‘I’m hearing a bass kick and a clap with a lot of atmosphere, almost like a chain gang,’” Fox-Peck said. “I added harmonies, ukulele, guitar, percussion. He paid me for my time, but there was no suggestion I would have a later role.”

That was in May, and by midsummer the film’s star, Erivo, was recording a retracked version that Campbell co-wrote. “Stand Up” was produced in collaboration with Blanchard and Will Wells (“Hamilton”) and has received nominations for a Golden Globe, Critics’ Choice, and an Oscar.

“It’s been pretty surreal,” said Campbell, who has been moved as much by hearing a young boy in his hometown cover the song as he was seeing by Beyoncé at the Golden Globes.

Fox-Peck, who performs as Solomon Fox in the Durham-based Young Bull, remains in disbelief that he has been nominated alongside music giants Randy Newman and Elton John. He will attend the Oscars with his girlfriend, flying into L.A. after accompanying his 14-year-old sister in her middle-school talent show.

Fox-Peck had originally come to Harvard for the dual New England Conservatory program, but didn’t complete it. 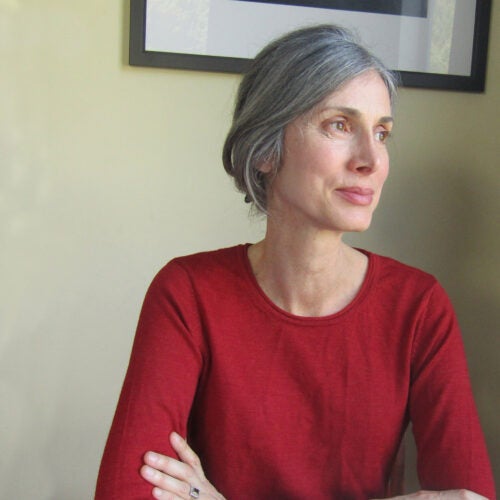 The award-winning novelist lets loose with the Gazette

“I didn’t expect to get any artistic inspiration from the Harvard side, and I found it to be completely flipped. The art atmosphere is undersold, and I found an incredible community, particularly under Vijay, at Harvard. There was not pressure to make something commercially viable,” he said.

Another Harvard alum will also be hoping to take home a gold statuette Sunday. Producer David Heyman ’83 has two Oscar-nominated films — “Marriage Story” and “Once Upon a Time in Hollywood” — up for more than a dozen nominations combined.

The Oscars will air at 8 p.m. Sunday on ABC.