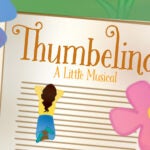 The award-winning novelist lets loose with the Gazette

Christine Leunens will be paying close attention to the Golden Globe Awards Sunday. That’s because “Jojo Rabbit,” based on her award-winning second novel, “Caging Skies,” is up for best picture honors — and is considered a likely Oscar nominee as well. Like the 2008 book on which it is based, Taika Waititi’s darkly satiric film is set in World War II Germany and follows a member of the Hitler Youth who protects and befriends a Jewish girl.

A successful former print model, Leunens, A.L.M. ’04, published her first novel, “Primordial Soup,” in 1999. While finishing that book she felt a drive to learn how to delve deeper into the minds of her characters and the themes she was exploring. So Leunens, who had a bachelor’s in French from the University of North Carolina, decided to seek a master’s in English and American literature at Harvard Extension School after concluding that “reading books on my own, however many, wasn’t going to adequately prepare me for the marathon that writing novels was going to be; and that studying great works of literature would allow me to go further in the long run.”

Leunens described her time in Cambridge as one that was deeply rewarding, personally and professionally — some of her classroom work, in fact, provided invaluable background for “Caging Skies.” Recently Leunens took a break from her Golden Globe preparations to speak to the Gazette from her home in New Zealand about her writing and the story behind the movie.

GAZETTE: How did you know that coming here to write was the right decision to propel your writing talents forward?

LEUNENS: When I returned to France after the first term in 1998, I sent my manuscript to a U.K. publisher and, beginner’s luck, got an offer of publication three weeks later. What I didn’t know was that it wouldn’t be until the fifth draft that it would finally be published, almost a year later — so four more drafts to go. However, having studied novels inside out at Harvard Extension School in the meanwhile, I could approach these rewrites with a clearer head, a sense of purpose, and more confidence.

GAZETTE: Were you always a writer?

LEUNENS: I believe I was always destined to be one, having been excessively bookish from an early age. My mother kept saying, “Why don’t you go out and play instead of ruining your eyes reading all day?” My grandfather, a Belgian artist, insisted that I was going to be a writer. He said he could tell from my 20-page letters to him. Ironically, however, I first worked as a print model, the diametric opposite of a writer. As I posed for magazines and fashion ads, it was as if I was mute. All I could express was a limited range of emotions with merely my face, the main attention on my physical appearance. From there, it was such a relief not to be seen at all or judged by what I looked like, so refreshing to express complex thoughts and true feelings through writing alone.

“Whenever a publisher or my agent now tells me to shorten a manuscript, to get rid of “all the dead wood,” I think of Professor Scanlan and know it can be done.”

GAZETTE: What motivated you to take the next step of pursuing a novel?

LEUNENS: Though I had contracts and thus secure income writing screenplays, after several years I became frustrated as no film was actually being made out of them. I increasingly realized to what extent film was a collective art: A producer would get a director or actor attached to the project, and they’d have me change the script in ways I felt weren’t as good. I eventually declined another film-writing contract to instead write my first novel, even if it meant that with no contract, I had no safety net. It was a crazy risk that today I’m very glad I took.

GAZETTE: Was there a seminal moment or a course while you were here that motivated you to expand your learning opportunities?

LEUNENS: In 1998 I took James L. Kugel’s class in American Jewish Literature, which was instrumental to being able to later write “Caging Skies.” Without his class, I don’t think I would have been able to write the main Jewish character of Elsa as I did, and there would be no film of it out today. I also took former Division of Continuing Education Dean Michael Shinagel’s [class in] studies in the English novel in 2003. He focused on the moral center of novels, critically analyzing the words and acts of characters (and real people too) — invaluable in writing and in life in general. And last, in Robert Scanlan’s course in contemporary American drama in 2004, he made us read each given play seven times, repeating that he knew we’d hate him by the fifth time, but only then could we start to see all the seams and stiches. I still remember how he made us write these précises, where we had to sum up everything important that happened in a play in a draconianly low word count — was it 250 words? Whenever a publisher or my agent now tells me to shorten a manuscript, to get rid of “all the dead wood,” I think of Professor Scanlan and know it can be done. There’s always a word to trim!

GAZETTE: How did you come up with the premise for “Caging Skies”?

LEUNENS: There was some personal family history. In World War II my grandfather had been taken into a Nazi labor camp, and from 1998 to 2006 my husband was managing events and public relations at the Memorial Museum de Caen near the landing beaches in Normandy. In Paris, I’d become friends with an elderly woman whose family had hidden a Jewish man from Poland behind a fake wall in their home during World War II; she fell in love with him and once the war ended, they married. After “Primordial Soup,” I was looking for a new idea, and I couldn’t get the vision of their budding relationship out of my head, she and he communicating through a wall. For some reason I preferred it to be a young woman in hiding rather than a man, and then when I asked myself, “What if the one to discover her would be a member of the Hitler Youth?”, scenes began to spontaneously emerge out of that combustible mix, and I knew that this would be my next novel.

GAZETTE: Your book has now been made into an award-winning film, “Jojo Rabbit,” written and directed by New Zealander Taika Waititi. Can you tell us about how this all came to be?

LEUNENS: Taika’s mother read the book when it was published in New Zealand in 2008 and loved it. She kept trying to get Taika to read it. He kept repeating that he was too busy to, but thankfully she persisted until finally he gave in, read it himself, and knew it really was a story he wanted to adapt into film. When he contacted me, the first thing I did was go and see his films, “Tama Tū,” about soldiers from the Māori battalion in World War II; “Two Cars, One Night,” another short film, nominated for an Oscar; then “Boy,” playing at the cinemas at the time. These films won my trust. I felt that my story would be in competent hands with him. He was masterful in navigating the fine line between comedy and drama, and just as importantly, he knew how to direct children, something supposedly even harder to direct than cats!

GAZETTE: What is your advice for aspiring writers looking to take that next step?

LEUNENS: Find your own uniqueness in voice, writing style, and stories. Like you have your own unique fingerprint, iris pattern, and DNA, so does your writing, the way you will put words together, then sentences, and ultimately shape a whole book. Initially you won’t necessarily know what it is, but you’ll discover it over time. Be true to yourself, your gut feeling. Don’t try to guess what people will want, think, or like. Write, then see if what you wrote fits into the market. Hopefully, with due persistence, it will, and if it doesn’t, then adjust as little as absolutely necessary to get it there.