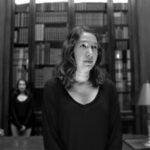 Six high school students from Greater Boston will take to American Repertory Theater’s (A.R.T) Oberon stage this weekend to perform “Proclamation 7: Freedom Acts,” a play written by and starring them, with a little inspiration from the Declaration of Independence.

The students are the seventh cohort of the Proclamation Project, part of A.R.T.’s Education and Engagement arm, whose mission, Director Brenna Nicely said, is to “empower youth to voice their own values with professional guidance.”

The Proclamation Project evolved from the National Civil War Project, a series of events created in 2013 in remembrance of the Civil War, with influence from former Harvard President Drew Faust, herself a historian of the Civil War. The spinoff Proclamation Project’s core idea was to create an annual production based each year on a different national document prompting discussion and inspiring script-writing; the first year was the Emancipation Proclamation. This year, the Declaration of Independence has been under the participants’ microscope, shaping and guiding their creative decisions.

Writing, learning, listening, and acting, the performers have been preparing “Freedom Acts” for the past eight weeks. I sat down with four of the performers, Dany Santana, Jada Saint-Louis, Artemis Wheelock, and Nadia Hopkins, after one of their evening rehearsals.

As they chatted among themselves and stretched out on chairs in the middle of the rehearsal room, it was obvious that the chemistry exists both on- and offstage. “We’ve created such a bond,” Santana said. “This is the favorite part of my week,” Saint-Louis added.

The Proclamation Project brought these performers together from very different backgrounds and experiences. Santana has never acted before, while some of her co-stars have been going to arts and acting schools for years, and plan to continue through theater secondary programs. But this is part of what the performers say makes the experience so wonderful.

As a unique part of the writing process for the program, participants first individually write their own take on the document and prompt. Then they come together under the guidance of a professional director, this year Tonasia Jones. The artists combine their scripts to form one final product. The writing process, much like acting, Hopkins told me, is “ensemble, but still super individual.”

The A.R.T.’s connection with Harvard paid dividends in the group’s writing and learning experiences. Nicely explained that it is an integral part of the Proclamation Project to “reach out to folks in the Harvard community who will offer helpful perspectives to the performers.”

Such perspectives this year came in the form of Harvard faculty members Tim McCarthy and Danielle Allen. They worked with the performers in master classes and what Nicely called “group discussions on the ‘Freedom Acts,’” to explore the history of the Declaration of Independence. Through this examination, the students found that they had rediscovered the document.

They hadn’t really thought about the Declaration of Independence since they “read it in middle school,” Wheelock said. But analyzing the document this time was completely different. “We are seeing [it] with new eyes now that we’re older,” Wheelock added.

The play offers an opportunity for community members to explore the document alongside its six performers. “History is active” Hopkins said, “being able to put it on its feet is important.”