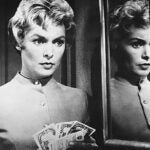 Every stitch of Hitch

Under the umbrella of the National Civil War Project, a new method of scholarship and learning is taking root at the American Repertory Theater (A.R.T.). High school students from the North and South are grappling with compelling issues and producing new theater as a result.

Exploring themes of social justice, freedom, and civil rights, the students came together via Skype, researched the history of the Civil War through the lenses of the Emancipation Proclamation and the Gettysburg Address, and helped create a theatrical production called “The Proclamation Project.”

At Harvard, an ensemble of 11 high school students worked to create a modern reflection on the Civil War under the guidance of Shira Milikowsky, Artistic Director Fellow at the A.R.T.; playwright Brendan Shea of A.R.T.’s education and community programs; and assistant director Jumai Yusuf  ’16. (In the South, student collaborators at the Alliance Theatre in Atlanta, in conjunction with Emory University, created their own production.)

The students asked themselves and each other questions such as, “Is it the responsibility of those with more freedom to expand the freedom of those with less?” and “If one person is oppressed, are we all oppressed?” and “How do we define innocence?”

The students in Cambridge would discuss their thoughts and findings with the students in Atlanta, huddled around a computer screen, trying to squeeze in to participate in the Skype discussions.

Zoë Burbridge of Cambridge Rindge and Latin School, who is part of the ensemble, was surprised by how similar the views of the Civil War were between the students in Cambridge and Atlanta. “We put up boundaries and say the South is so different, but we’re all kind of the same, and that’s refreshing,” she said. The result was also unexpected. “It’s not a traditional, linear play,” said Yusuf. “It’s more dreamlike.”

The performers play heightened versions of themselves, she explained. They are real high school students talking about real issues, not fantasy. “We didn’t want it to be a bad history play, all bonnets and slaves.”

Shea agreed, adding, “We didn’t want it to be edutainment.” The script was written by the ensemble, using the students’ actual words, and put together by Shea.

The A.R.T. and ensemble collaborators are excited for the performances, and Yusuf suspects the audience will have more than one “aha” moment. Shea said that the A.R.T. has not done a production like this before.

You can see “The Proclamation Project,” directed by Shira Milikowsky, on Friday at 7 p.m. at the Strand Theatre, 543 Columbia Road, Dorchester, and on Saturday at 2 p.m. at Oberon, 2 Arrow St., Cambridge. Admission is free. Reservations are recommended.