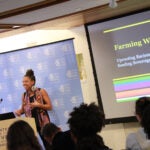 A new economic analysis of the U.S. National Park system puts its value to Americans at more than $100 billion, a figure that dwarfs the financially strapped agency’s $2.5 billion budget and underpins a call to change how what has been called “America’s Best Idea” is financed.

The report comes as the National Park Service — which oversees such historic sites as Yosemite Valley, the Grand Canyon, Gettysburg’s battlefields, the Statue of Liberty, and the White House — deals with a maintenance backlog estimated at $12 billion and an annual budget that has remained roughly flat for 20 years, when adjusted for inflation, according to Linda J. Bilmes, the Daniel Patrick Moynihan Senior Lecturer in Public Policy at the Harvard Kennedy School.

The detailed analysis, published as a book, “Valuing U.S. National Parks and Programs: America’s Best Investment,” was released this summer. In it, Bilmes, co-editor John B. Loomis of Colorado State University, and additional authors used new methodologies to examine the various ways the national parks generate value for — and are valued by — Americans.

The authors introduce a first-ever framework for estimating the value of the system, which could be used by other organizations to determine the worth of similarly hard-to-value resources. As part of that, Americans themselves, in a nationwide, peer-reviewed “willingness-to-pay” survey, said they’d accept additional yearly taxes totaling $62 billion to preserve the parks’ lands, waters, and historic sites, with half of that owing to their desire that the parks be available to future generations. Respondents also said they’d pay $30 billion to save the park service’s educational programs in schools and its role in preserving natural, cultural, and historic sites.

The estimate also cites $36 billion in economic activity — and 300,000 jobs — generated through tourism and the ripple effects of travel dollars spent at hotels, restaurants, and other nearby privately owned facilities. Bilmes and Loomis also focused attention on less-obvious ways that value is generated, such as carbon sequestered in park holdings to fight climate change, with a $1 billion value, and intellectual property developed through movies and television shows filmed at the properties.

The analysis showed that value clearly exists, since film and television contribute $100 billion to the national economy and movies and television shows filmed at least in part in national parks yielded an estimated $29 billion in profits. The difficulty, however, is determining what portion of that return should go to the parks. Currently, film crews pay a low standard permit fee for access that has contributed at least in some way to the success of everything from “Star Wars” (the planet Tatooine is Death Valley National Park) to “Brokeback Mountain” (filmed in Grand Teton National Park) to “Jurassic Park,” “The Godfather Part II,” “Rocky IV,” “Star Trek IV,” “Indiana Jones and the Last Crusade,” “The Shining,” and TV shows such as “M*A*S*H,” “Dr. Quinn, Medicine Woman,” and “The Biggest Loser.”

The important point, Bilmes said, is that the parks “deliver at least 30 times the value of what the federal government contributes each year,” Bilmes said.

Ironically, Bilmes first came upon the Parks’ budgetary woes while looking for examples of bad financing systems as part of an academic study. The park service qualified, she said, with annual revenue from five federal sources — each with restrictions on how the money is used — low budgetary priority, volatile annual appropriations, and additional pools of money from fees, concessions, and private philanthropy, again with restrictions on their use. In addition, each park or other unit is given its own line item in the budget, with limits on how many dollars can be shifted to better balance revenue and need, Bilmes said.

That funding structure is poorly suited to an organization with a long-term mission like the park service, charged with protecting the parks and maintaining them into perpetuity, Bilmes said. Instead the agency needs funding that is stable, flexible, multiyear, and allows for operational and capital spending.

“The national parks are the most beloved government entity in the country. They have enormous approval ratings, 330 million visits a year. People come from all over the world to see the national parks, but the parks are on an unsustainable funding trajectory.”
— Linda J. Bilmes

“The concept of setting aside and protecting land as a public good has been widely embraced from China to Brazil to South Africa. … But protecting them is just the first step,” Bilmes said. “They also need a sustainable source of funding.”

The national parks have proven increasingly popular in recent decades, with annual visitors increasing from about 200 million in 1980 to more than 300 million in 2015.

The agency, which marked its centennial in 2016, oversees more than 400 individual parks, monuments, battlefields, sea shores, recreation areas, and other facilities. Among them are the world’s first national park, Yellowstone, whose establishment in 1872 began a preservation movement that has spread around the world.

Over the past two decades, operating funding has remained relatively flat, rising from $2.2 billion in 1999 to $2.5 billion in 2018. Over the last 10 years, however, the park service acquired 26 additional sites and saw its workforce fall by 7 percent. Though the parks themselves are valued for their natural beauty, they also contain a significant amount of infrastructure — visitor’s centers and other buildings, roads, bridges — whose maintenance has not kept up, as well as landscape maintenance such as fire prevention activities and watershed management.

“Every year they get further and further behind,” Bilmes said.

What’s needed, Bilmes said, is a rethinking of how the parks are financed. She and her co-authors outlined financing models such as endowments, bonds, and two-year federal appropriations.

More targeted steps can also help. Reforming how user fees are managed, for example, could allow the park service to retain interest earned from surplus fees, which now goes to the federal government. That money could be used, for example, to service bonds issued to reduce the maintenance backlog. Another potential change would increase the park service director’s flexibility to move surplus funds to meet needs in other parks. That flexibility is limited to 20 percent of each unit’s appropriation. Bilmes and her colleagues suggest increasing that to 50 percent.

Other steps involve how concessions pay for the right to operate in the parks. They currently are levied a fee that averages 5 percent, though that is offset by cost-sharing arrangements that in some cases — like that of the operator of government-owned hotels along the Grand Canyon rim — result in the park service paying more each month than it receives in concession fees.

“The national parks are the most beloved government entity in the country. They have enormous approval ratings, 330 million visits a year,” Bilmes said. “People come from all over the world to see the national parks, but the parks are on an unsustainable funding trajectory.” 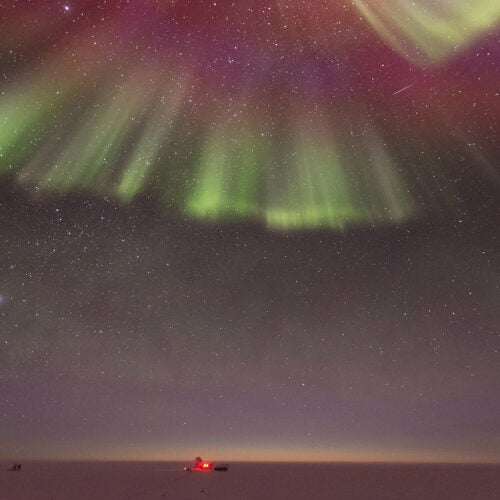 Harvard researchers recount working and living at one of the most remote places on Earth: The South Pole 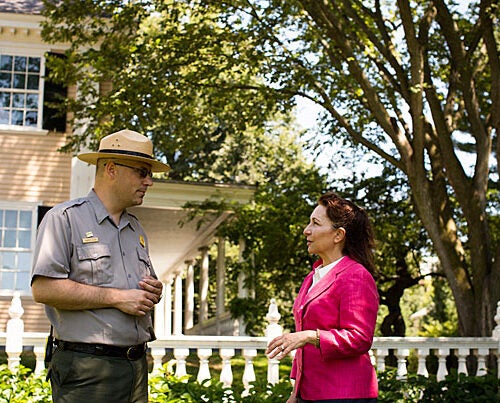 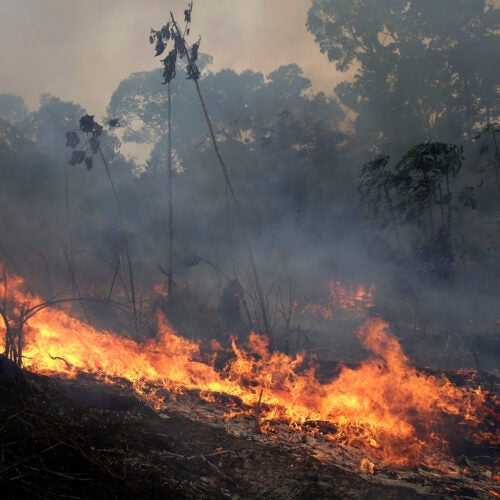