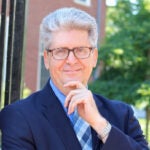 Harvard professor creates a course for the world

When we look back 100 years from now, wonders Linda Bilmes, what will we be glad we did today?

It isn’t just a philosophical question. Finding the answer was the mission of the Second Century Commission, a panel formed by the National Parks Conservation Association in 2010. Bilmes was a member of the group, whose task was to study the way ahead for jewels like Yellowstone — the world’s first national park — the Grand Canyon, the Statue of Liberty, and the White House as the National Park Service prepares to mark its 100th anniversary on Aug. 25.

Part of the answer, the commission found, is to build a more sustainable financial foundation. Recent research by Bilmes and colleagues from Colorado State University, with help from statisticians at the University of Wyoming, takes a step toward that goal by answering a key question: What are the parks worth to Americans?

The answer is quite a lot — $92 billion a year, roughly 30 times the National Park Service’s $3 billion annual budget. Another important finding, Bilmes said, is that the parks are valued highly even by those who don’t use them. The vast majority of Americans find value in just knowing they’re there, preserved for them — should they get a hankering to see Old Faithful — and for the kids and grandkids.

The survey, conducted in two parts in 2013–2014 and 2015, built on earlier studies led by Bilmes, Harvard Kennedy School’s Daniel Patrick Moynihan Senior Lecturer in Public Policy, and involving dozens of HKS students. One such effort, carried out in 2012 by then-students Francis Choi and Tim Marlowe, created a framework for a comprehensive valuation of the parks. That framework was used in the current study.

Researchers tallied the answers of about 700 Americans who responded by mail or online. The survey measured how much people would pay to avoid losing the parks. Eighty-one percent responded that they’d support higher taxes to avoid losing them, and 85 percent said they personally benefit from the existence of the parks.

The $92 billion figure, which Bilmes called conservative, can be further broken down to about $62 billion for the physical parks themselves and $30 billion for the educational and historical programming provided by the National Park Service, which extends into schools and other settings.

“People felt that what’s important is not just protecting the places but that these activities were being conducted,” Bilmes said. “We thought nobody noticed but they do.”

Crucial among the findings, said Bilmes, is broad support for the parks, which she hopes will help provide the footing for a conversation in Congress about the National Park Service’s next 100 years. Bills have been proposed for a financial infusion to mark the centennial and to allow the service to create an endowment to augment the visitor fees and federal funding that provide most of its budget.

The idea of an endowment emerged from the Second Century Commission’s discussions, Bilmes said. While endowments are typically created by private institutions, Bilmes said that a financial rule of thumb is to match an organization’s funding to its purpose and mission. Since the Park Service’s mission is preservation in perpetuity, a permanent funding source makes sense. The steady revenue created by an endowment would at least partially shield the Park Service from the vagaries of both tourism and government budgeting.

The Park Service’s needs include funding to address threats originating outside the park, such as development and climate change, Bilmes said, and addressing a maintenance backlog estimated at $12 billion. An endowment would also give the service some additional financial flexibility, as the guaranteed income stream would allow it to borrow by issuing bonds.

“We have to think of it from the perspective of 100 years from now,” Bilmes said. “A hundred years from now, we’ll be happy we did it because it’ll grow.”