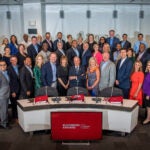 Mark Gearan and Mary Herlihy-Gearan will take over in August

Danoff Dean of Harvard College Rakesh Khurana announced Friday the appointment of Mark Gearan ’78, director of the Institute of Politics (IOP) at the Harvard Kennedy School, and Mary Herlihy-Gearan as interim faculty deans of Winthrop House.

“Mark and Mary are devoted Harvard community members,” Khurana said. “They are well prepared to ensure that Winthrop feels like a home where students can bring together their academic, social, and personal passions and pursuits. I am delighted that they have agreed to serve on an interim basis.”

Gearan has served as director of the IOP since March of 2018. Prior to assuming that post, he was president of Hobart and William Smith Colleges in Geneva, N.Y., from 1999 to 2017. Gearan was also director of the Peace Corps from 1995 to 1999, a job he took after serving as deputy chief of staff for policy and White House communications director under President Bill Clinton. He is a graduate of Harvard College and Georgetown Law School.

“Mary and I were honored by the invitation to serve as interim faculty deans at Winthrop House,” Gearan said. “We look forward to getting to know the students, and we see the year ahead as a chance to listen and learn and work as a community to support the student experience at Winthrop.”

Gearan added that, in fact, he and his family already have personal ties to Winthrop.

“As an undergraduate I lived in Winthrop and our daughter, who graduated in 2015, was also a Winthrop resident. So it is a place of special significance for our family and we look forward to being part of the community.”

Beginning this fall, the College will commence a search for permanent faculty deans. In the meantime, Gearan and Herlihy-Gearan are excited to begin their new roles next month.

“I am most looking forward to spending time with students and working with the tutors and staff for the year ahead,” Herlihy-Gearan said. “Winthrop House is a great place, and we look forward to our own ‘move-in’ in August.”

Gearan and Herlily-Gearan have two daughters, Madeleine ’15 and Kathleen, a rising junior at Hobart and William Smith. 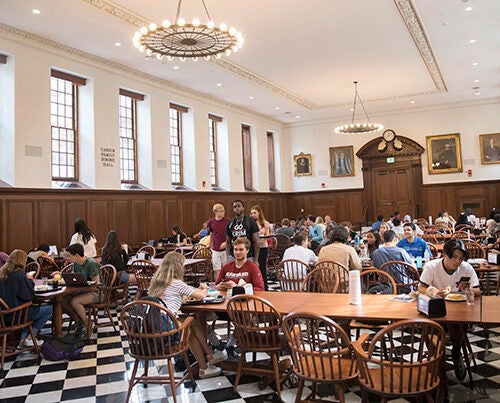 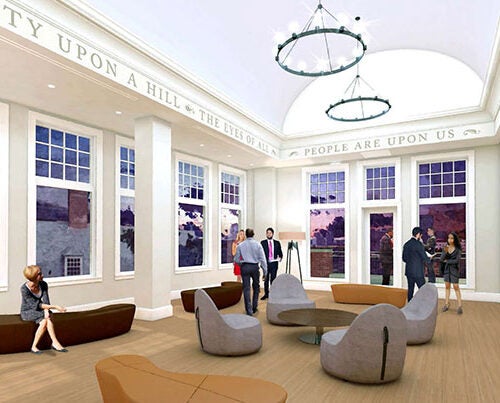