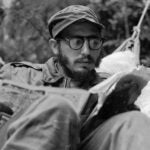 Portrait of the revolutionary as a young man

Author and HLS scholar discuss the scourge of domestic violence

Every minute in the United States, 20 people are beaten by an intimate partner. Every day, certain homicide data indicates, three women are murdered by their husbands or boyfriends; many experts think that number is much higher. Women are more likely to be the victims of domestic abuse; one out of every four American women will experience violence by an intimate partner during her lifetime.

Author and journalist Rachel Louise Snyder hopes her latest work, a searching look at what she considers a kind of terrorism too often shrouded in silence, can help drive change.

This spring, Snyder spoke with Diane Rosenfeld, a lecturer on law and the director of the Gender Violence Program at Harvard Law School, about her book “No Visible Bruises: What We Don’t Know About Domestic Abuse Can Kill Us,” which won the 2018 J. Anthony Lukas Work-in-Progress Award given by Harvard’s Nieman Foundation and the Columbia University School of Journalism. The title stems from the fact that much domestic violence is “not visible to the naked eye,” said Snyder, and that abusers so often assert their control in unseen ways. She offered an example from her book of a husband who threatened to put his pet rattlesnake in his wife’s bed while she slept.

“Prior to him having the snake, if [his wife] would do something that he didn’t like, he would take the kids and go camping for a night or go to a motel and disappear,” said Snyder. “So, he had all the control he needed.”

Dozens of people attended the Harvard Book Store event in May to hear the two women address what the World Health Organization has deemed a “global epidemic.” Many seated amid the stacks indicated with a raised hand that they or someone they knew had been the victim of domestic abuse.

“Look at the hands here,” said Snyder, “well over half the people in attendance.”

“It’s bad out there, it’s bad,” said the author, who has long been driven by stories with “a humanitarian component.” In 2010, that impulse took her deep into the work of Suzanne Dubus, a domestic abuse survivor who runs the Jeanne Geiger Crisis Center in Newburyport, Mass., and is credited with helping create a nationally recognized model that predicts domestic violence homicide before it happens.

“We didn’t have a law against beating one’s spouse in Washington, D.C., until 1991. I was in college then. It’s shocking to me to think my mother was in a relationship with my father and he could have legally beat her. He didn’t, but he could have.”
— Rachel Louise Snyder

“I couldn’t believe that someone had created this and that we could have an effect on something that could seem so embedded in the culture,” said Snyder. Known as the Domestic Violence High Risk Team, the model includes law enforcement, prosecutors, probation, and parole and corrections officers sharing critical information in order to keep victims safe. It’s a successful blueprint that is helping save lives around the country.

But that model is only one way forward. Domestic violence, Snyder and Rosenfeld agreed, demands a range of national and local solutions in the U.S., where toxic masculinity helps drive male violence and sexism, and where violence against women has been ingrained in the culture throughout much of the country’s history.

“It wasn’t really until the 1970s that the literature, the research started to say something other than if there was violence on behalf of a husband toward a woman, it was because she had brought it on herself,” said Snyder. “We didn’t have a federal law banning spousal abuse in this country until 1984, 20 years after the Civil Rights Movement. We didn’t have a law against beating one’s spouse in Washington, D.C., until 1991. I was in college then. It’s shocking to me to think my mother was in a relationship with my father and he could have legally beat her. He didn’t, but he could have.”

Many see the reauthorization of the Violence Against Women Act, a bill that funds victim-support programs including the National Domestic Violence Hotline and the Office on Violence Against Women, as key to change on a national scale. The U.S. House of Representatives passed the bill in April, but supporters worry the Republican-controlled Senate could eliminate an important provision that prohibits those convicted of domestic abuse or stalking from buying a gun.

Programs such as one in San Bruno, Calif., that takes a multidimensional approach to working with abusers, making them acknowledge responsibility for their actions while helping them learn to cope with their aggression and teaching them other important life skills, are essential models and should be widely embraced, said Snyder. Smaller interventions include GPS monitoring of abusers, particularly prior to arraignment. Even simple changes can make a difference, she said, like the one adopted in Montana that requires that people arrested on charges of domestic violence see a judge only after lunch.

“It gives domestic violence advocates enough time to get to a victim, create a safety plan, change locks if they have to, arrange for GPS monitoring, take them to a shelter in extreme cases,” said Snyder. “These are just all the things that they can do with that little, tiny amount of time.”

Long considered an effective response, Snyder and Rosenfeld agreed that shelters are woefully inadequate. Rosenfeld, who worked with Dubus and others to develop the high-risk model in 2004, was a driving force behind legislation passed in 2007 that requires domestic abusers in Massachusetts who violate existing restraining orders to wear GPS tracking devices. She said it’s useless to give a woman fearing for her life an order of protection from the court on a piece of paper that also lists the shelters where she can look for an open bed.

“Systemically we ask and expect a victim to leave her home at the time she most needs to be in her home safe and supported,” said Rosenfeld, whose LL.M. thesis was titled “Why Doesn’t He Leave? Restoring Liberty and Equality to Battered Women.”

“We are at that moment in time, from a government perspective, offering protection at the same time that we are breaking that promise that we can protect you,” Rosenfeld said. “Because if we could protect you, you wouldn’t have to be running for your life.”

“Imagine someone breaks into your house and the police come and say, ‘I’m sorry but you need to leave your house, the thief is going to take up residence now,’” said Snyder. “It doesn’t make any sense.”

Snyder pointed to a 20-question assessment tool professionals and the public can use to determine someone’s risk of domestic violence homicide, but said it’s also important that friends and family intervene — ideally before it gets to that point. “[Don’t] be afraid to gently probe a little bit and just ask pointed questions that are more direct, because my sense of a lot of victims that I’ve talked to is that they know they’re in danger but they don’t know how to contextualize that danger necessarily.”

Still, amid the devastating statistics and dearth of adequate responses, both women said they hoped the current cultural climate will continue to help push the issue out of the shadows and into the spotlight.

“It takes everyone and it takes a real demand on the system to change the system, and we haven’t really had that in a collective way,” said Rosenfeld. “And the hope of this moment, and of this book, and of the #MeToo movement, is that we could really get our voices heard in the collective-action demanding way.” 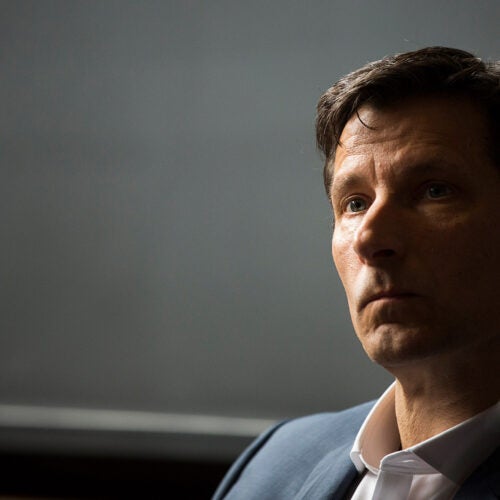 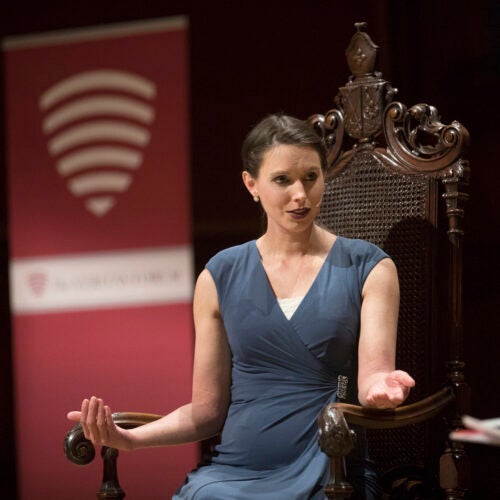 The following links provide information on how to get help if you or someone you know is at risk.

Office on Violence Against Women