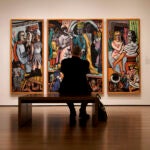 In her new book, “Fellow Creatures: Our Obligations to the Other Animals,” Arthur Kingsley Porter Professor of Philosophy Christine Korsgaard makes the case that humans are not inherently more important than animals and therefore should treat them much better than we do.

Korsgaard, Ph.D. ’81, has taught at Harvard for almost 30 years and is an expert on moral philosophy. The book is a departure from her previous theoretical work on moral philosophy, as it deals with more practical ethical questions.

Drawing on the work of Immanuel Kant and Aristotle, she argues that humans have a duty to value our fellow creatures not as tools, but as sentient beings capable of consciousness and able to have lives that are good or bad for them.

The Gazette spoke to Korsgaard about her book, the future of animal rights, and writing accessible philosophy.

GAZETTE: What made you decide to pursue this topic?

KORSGAARD: Western moral philosophy is now more than 2,000 years old, and in all of that time very few moral philosophers have said anything about the treatment of animals. Animals are sentient beings and some are capable of interacting with us, but on the other hand there they are, on our dinner plates, pulling our wagons, hunted by us, and made to fight with one another for our amusement. It just seems like an obvious moral issue, and yet moral philosophers haven’t often asked questions like: Is this all right? Why is it OK to do these things? 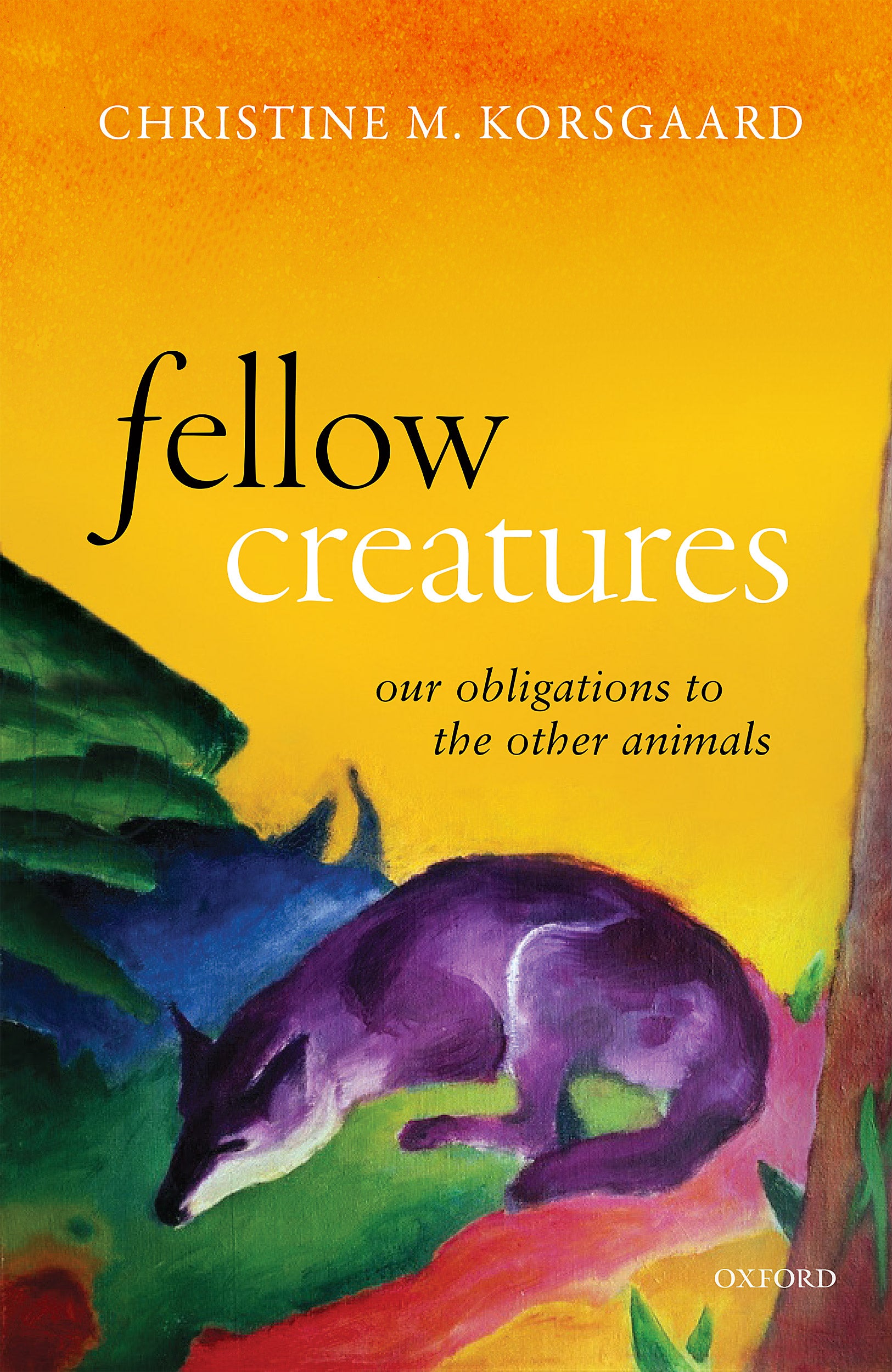 I’ve had a personal belief for a long time that we should be treating other animals better and in particular that we shouldn’t eat them. I’ve been a vegetarian for more than 40 years and a vegan more recently. At the same time, I’m an advocate of the moral philosophy of Immanuel Kant, who celebrates the value of humanity and rational nature and is one of the few philosophers to have said right out, “We have no duties to the other animals and we can use them however we please.” So I was trying to understand how to put these different positions together.

GAZETTE: This is a personal subject for you, so was your approach to writing this different from your previous work?

KORSGAARD: Writing about practical questions is really difficult. People talk as if the way you solve a practical problem is that you take a theory and then just apply it to a case, but it’s not like that. It takes a lot of work to put the whole battery of ideas involved in a theory to work on a practical question. In that sense, the book represents a kind of work I haven’t done before, at least not to this extent.

GAZETTE: Were there issues that were particularly challenging for you to write about?

KORSGAARD: One difficult thing was to articulate a position in the face of knowing that there’s a passionate but often inadequately argued objection out there to what I’m saying. If I say, “We shouldn’t experiment on animals, because we have no right to use them as mere means to our ends,” that will be met with a heated defense of the practice. People say, “We should never give that up, because it does so much good to humans.” To me that doesn’t seem to meet the point, so I am at cross-purposes with my opponents.

Another difficult thing about this book was to get the audience properly in focus. I wanted to make a book that nonphilosophers could understand and think about, at least if they are willing to bear down a little on the arguments, but I also wanted to convince my colleagues in philosophy that there’s a serious philosophical topic here.

GAZETTE: “Tethered importance” or “tethered goodness” is an integral element of your book. Can you explain more about that?

KORSGAARD: The idea of good or importance being “tethered” is based on the idea that anything that is good is good for someone; anything that is important is important to someone. Kant’s idea is that when we pursue things that are good for us, we in effect make a claim that those things are good in an absolute sense — we have reason to pursue them and other people have a reason to treat them as good as well, to respect our choices or pursue our ends. But if we think that way, we have to say that things that are good or bad for any creature for whom things are good or bad, including animals, are good or bad in an absolute sense.

GAZETTE: With the growing popularity of “impossible” plant-based meat and meat grown from animal cells, do you think more people are coming to a moral realization about how to treat animals? 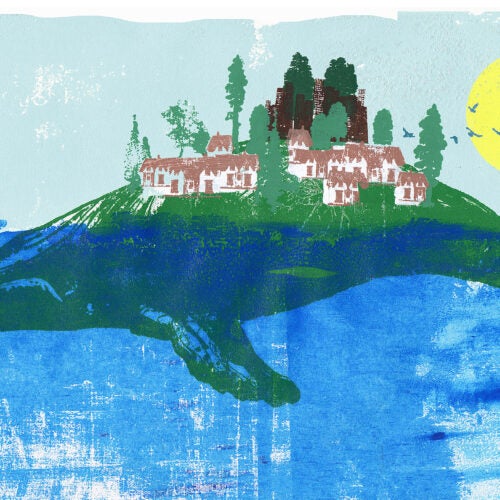 KORSGAARD: I’m not very optimistic about people coming to care more about animals and what’s good or bad for them. But the issue of how we treat animals overlaps with two issues that people care a lot about, even if it’s only for the sake of human beings: climate change and biodiversity. Factory farming is one of the major causes of global warming, and biodiversity is something people are concerned about too, even if [just] for the sake of having a healthy environment for human beings.

If we got rid of factory farming, that would help animals. Biodiversity is related to that too because one of the main reasons why so many species are dying out is because of lack of habitat caused by factory farming in general and the production of meat. Many people care about the preservation of species, but that’s not the same as treating individual animals in an ethically correct way. But thinking about these issues has brought attention to the ways that we treat animals, and so there’s some room for hope that people will think more about these things.