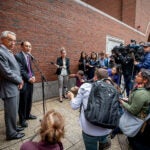 According to Harvard Law School lecturer Jonathan Lovvorn, saving the planet and its inhabitants from climate catastrophe begins with the world’s most vulnerable population: animals.

“We have populations everywhere around the world in environmental distress, in economic distress, in political distress,” said Lovvorn, who is senior vice president and chief counsel for the Humane Society of the United States’ division of animal protection litigation. “In those countries, especially in terms of climate change, what we see regarding the exploitation and destruction of wildlife is deeply intertwined with the exploitation or destruction of people, communities, and cultures. We can learn a lot about our own social and legal problems by studying our legal problems with wildlife.”

In a conversation on the Harvard Law campus, Lovvorn also discussed how the School has been leading the charge on animal law in recent years, backed by gifts in 2014 and 2016 from donors concerned about legal safeguards for pets, farm animals, livestock, and wildlife. The gifts have supported a robust Animal Law & Policy Program, led by Professor Kristen Stilt and Executive Director Chris Green. The initiative sponsors discussions and forums, academic and policy fellowships, visiting faculty positions, and an expanding curriculum.

“What we are trying to do with the program is multifold,” said Stilt, an expert in Islamic law and society who is writing a book on animal welfare and the halal industry. “We want to encourage and facilitate excellent academic writing and research in animal law, we want to train young lawyers passionate about the topic, and we want to engage with the broader community about these issues. We believe that ideas matter, and that ideas can spark change.”

For the second time in three years, Lovvorn is teaching a fall class on wildlife law, hoping to inspire a new generation of lawyers devoted to issues that extend beyond the animal kingdom.

“The key to wildlife law or other collective issues like climate change is to figure out where you can make a difference, and to talk about how we might change institutions to make them more effective,” he said. “Because if this generation of lawyers and advocates and policy makers doesn’t change the law, we are going to lose a lot more than animals.”

When he’s not working, Lovvorn spends time with his wife at their home in rural Maryland, along with a retired race horse, a retired Tennessee walking horse that had been destined for the overseas meat trade, a dog the couple saved from the meat trade in Thailand, another they rescued from the side of the road in New Mexico, and two “cantankerous house cats.”

One of his current students, Kate Barnekow, arrived at the Law School planning to focus on gender and sexual violence, until a student group introduced her to the animal law program and “the opportunities available through the law to help animals.”

“I see my interest in animal law as a continuation of my interest in a spectrum of marginalized voices whose interests are not always represented in the legal world, which includes women and survivors and people with nonbinary identities,” said Barnekow, who plans to work in animal law after she graduates in May. “I came to Harvard to raise up those voices.”

Lovvorn’s course explores both law and policy, “because the law doesn’t matter if it doesn’t serve the policy; it’s just words on a page,” he said. Students pore over case law, but they also scrutinize scientific studies, news reports, and secondary sources that address policy and wildlife protections. Climate change is on the syllabus, as are fish, “which make up the vast majority of all wild vertebrates but are largely outside the legal framework that we apply for wildlife,” he said.

Lovvorn insists that his lawyers-in-training face off against each other, taking sides in debates involving topics such as hunting endangered species, Japanese whaling, and wolf restoration. The discussions are often charged, and always instructive. Whaling, for example, raises the question of cultural norms and whether it’s appropriate to “impose our views based on our value systems on other countries,” said Lovvorn, who makes sure that students with a strong stance on a particular topic argue the opposing view.

Animal protection is far from comprehensive. Part of the problem stems from the fact that the law is strictly divided into property and people, said Lovvorn, “and animals are on the property side of that equation.”

Outdated cruelty codes address only the most extreme acts. The Animal Welfare Act covers the treatment of animals in research and exhibitions, and Massachusetts is one of the few states with a law governing the treatment of farm animals. But mostly “it’s a process of trying to apply other laws to try to protect animals and ensuring that those few laws that apply are fully enforced,” said Lovvorn.

“In addition, the greatest threats to animal welfare are institutional and commercial in nature, but for the most part animal laws are focused on one-off acts of animal cruelty.”

Harvard Law is trying to change the landscape. In May, the animal law program released its first formal policy publication. The report examines the far-reaching effects of the Protect Interstate Commerce Act of 2018, an amendment to the 2018 Farm Bill that would roll back state and local laws regarding animal welfare and agricultural products, as well as the environment.

“Harvard is leading the way,” said Lovvorn. “The animal law program here has more courses, more conferences, more speakers, more student group activity, more visiting scholars. It’s an amazing program that arose out of really important gifts, and other schools are taking notice and increasing their programming in this area.” 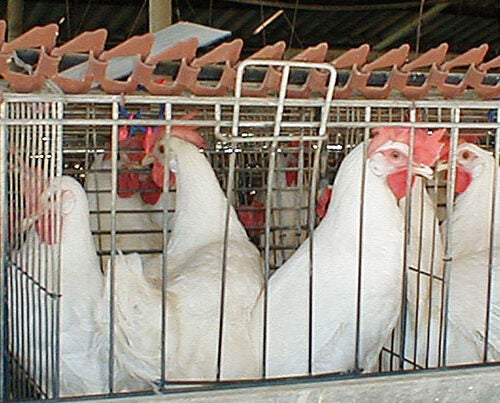