Halting urban violence seen as a key to ending poverty 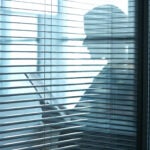 Bringing peace to the streets makes a pivotal difference, Thomas Abt says in new book

As a prosecutor, a federal and state policy maker, and now a Harvard scholar, Thomas Abt has firsthand experience with the complex challenges of fighting urban crime, and in particular the violence plaguing many low-income neighborhoods.

In his new book, “Bleeding Out: The Devastating Consequences of Urban Violence — and a Bold New Plan for Peace in the Streets,” Abt outlines a concrete, multipronged strategy of prevention and policing to bring peace to America’s cities.

The Gazette recently spoke to the Harvard Kennedy School research fellow and former Obama official about the destructive effects of inner-city violence and the failed policies he believes undermine the fight against it.

GAZETTE: Your book argues that we fail to fully account for the true toll posed by urban violence. What costs get overlooked?

ABT: Every violent death causes immeasurable suffering for the victim and their family and those closest to them. We always have to begin with that. But one of the other things that the book describes is the invisible costs that we’re all paying with regard to urban violence. Every homicide costs society anywhere between $10 million and $20 million per murder. Some of those costs reach the average American in the form of increased taxes, higher insurance premiums, and lower property values, just to name a few. [Others, detailed in his book, include lost labor and property damage, medical and justice system costs, diminished quality of life and costs associated with the avoidance by consumers of crime areas, and lost sales tax and property tax revenue.] One of the things that I hope the book gets across is that while this problem appears to involve only one segment of the nation’s population, we’re all impacted by the issue.

GAZETTE: You contend that both the right and the left have it wrong when it comes to making urban streets safer. How so?

ABT: The issue suffers from politicization on both sides, but I want to be careful not to suggest a false equivalence. I think progressives are closer to the right answers than conservatives, especially when the lead conservative, President Trump, uses the issue in a disingenuous way to divide Americans. In terms of progressives, they have been unwilling for a variety of reasons to advance policies that address urban violence directly. When progressives talk about urban violence, they reference poverty reduction, criminal justice reform, or gun control. All those things are extremely important, but the evidence shows that directly focusing on the proximate causes of urban violence, as opposed to the root causes, is the best way to get real results on violence reduction.

GAZETTE: What led you to the conclusion that stopping the violence is the urgent priority when it comes to urban crime?

ABT: I’ve been connected to urban violence as a teacher, prosecutor, policymaker, and now finally as a researcher. I’ve been dealing with this issue from one perspective or another for 20 years. And so it was over the course of those personal and professional experiences, and also learning about the empirical evidence, that I eventually became convinced. Over the past five years or so, a nascent consensus has emerged around the most rigorous research concerning violence reduction, and it really does point to a very clear conclusion, which is to reduce urban violence, one must focus on the violence directly. And when focusing on urban violence, concentrate on the people, places, and behaviors that drive the vast majority of the problem.

GAZETTE: What about anti-gang measures and gun restrictions? Are they not part of the solution?

ABT: We’ve been approaching gangs the wrong way for decades. Gangs are a symptom of urban violence, not the cause. Specific gangs and specific gang members are certainly drivers of violent crime, but we need to focus on the specifics and not the generalities. We need a war on violence, not on gangs.

On guns, we often fail to recognize that there is more than one type of gun violence challenging the country right now. In my view, there are four discrete but connected types of gun violence: urban gun violence, which causes the vast majority of homicides in the United States; domestic gun violence; mass shootings; and gun suicides. The public debate over gun violence is shaped largely by discussions about mass shootings despite the fact that they account for less than 1 percent of all gun deaths. It’s important that we support solutions to all four types of gun violence, but especially with regard to urban violence. For this type of violence, the solutions don’t require new legislation — they require new policies and practices, supported by a new way of thinking.

GAZETTE: You say even popular strategies, such as community policing and gun-buyback programs, have done little to bring down violence levels.

ABT: Popular anti-crime strategies often fail to reduce urban violence because they are an overly broad solution to what is, in reality, a very specific problem. Community policing hasn’t successfully impacted urban violence because community policing means thousands of different things to a thousand different police organizations. Gun buybacks don’t work because they generally don’t get the kinds of guns that will be used in a crime; they typically recover old, inoperable, and inaccessible guns.

“There are no easy answers when it comes to building trust between law enforcement and poor communities of color. But that doesn’t mean we have to sit on our hands.”

GAZETTE: What is an example of an antiviolence initiative that has worked?

ABT: There are many examples, but let’s look at Oakland [in California]. The city has suffered high rates of violent crime for decades, but recently, using an intervention called Oakland Ceasefire, the city has managed to cut homicides in half in a relatively short period of time. They did it by bringing together police officers, community members, and service providers in a united effort to engage those individuals who are at the highest risk of perpetrating gun violence or of being victimized by it. The group confronts these individuals with a very simple, balanced message: Stop the shooting. If you stop shooting, we will help you; if you don’t stop shooting, we will stop you. Oakland Ceasefire is successful because it embodies the three principles laid out in the book: focus, balance, and fairness. Those three principles can be found in most successful anti-violence efforts today.

GAZETTE: There has been data showing a long-term decline in violent crime. How do you convince people that we need a new approach?

GAZETTE: Part of the solution you advocate involves building trust between police and low-income communities. But that seems a long-term project. What can be done in the short term?

ABT: There are no easy answers when it comes to building trust between law enforcement and poor communities of color. But that doesn’t mean we have to sit on our hands. We have evidence that principles of procedural justice — trust, respect, fairness, openness — can slowly change attitudes and even behaviors over time. In addition, we have to do the hard work of addressing the abuses and overreach in the system itself. There are still too many instances of racial profiling and excessive force. We still over-rely on arrests and incarceration. Building trust requires making progress on all of these fronts. With regard to urban violence, however, the important takeaway is that you can build trust and reduce violence at the same time. Cops and communities all around the country are working together to address high rates of violence despite all the reasons to reject one another.

GAZETTE: You talk a lot about the connection between peace and justice. What is that relationship?

ABT: Protesters commonly chant, “No justice, no peace” and there’s an increasing amount of empirical support evidence to back up that idea. What we’re learning is that when trust in law enforcement declines, community violence goes up. It rises because when people don’t trust the system, they don’t use it. In particular they don’t use it to solve conflict. Instead, they take the law into their hands, and often violently so, creating the cycles of violent retribution we see in so many cities.

GAZETTE: Poverty has long been seen as a major contributor to urban crime, yet you suggest the reverse is also true.

ABT: I believe in reducing poverty, but the notion that to address urban violence you must first address poverty is simply not backed up by the evidence. In fact, the evidence may be stronger in reverse. Increasingly we’re learning that exposure to violence is one of the primary mechanisms for keeping poor people trapped in the cycle of poverty. Violent trauma impacts everything: learning, health, employment, all of it. 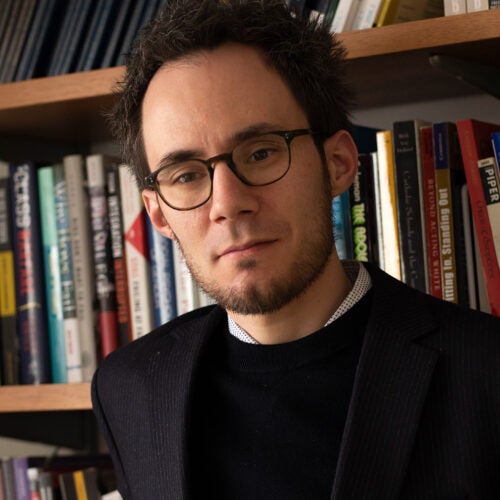 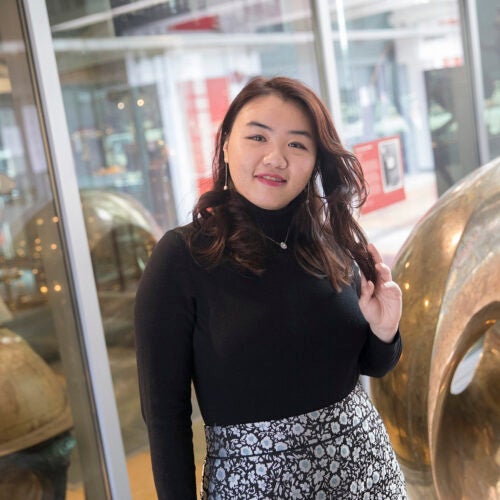 GAZETTE: Your research for the book involved talking with divergent groups and individuals, including even former criminals. What did you learn from talking to past lawbreakers?

ABT: Effective violence reduction is both an art and a science. To reduce violence over the long term you need to use your head but also your heart. In the book I tried to create a conversation between the academy and the community, and I learned something that surprised me: The two are largely in agreement about what urban violence looks like and how to address it.

To make a real change in the United States, we are going to need a diverse coalition — policymakers, researchers, practitioners, community members, and others. This coalition doesn’t need to be large, but it needs to be loud. If a few people in every city stand up and demand solutions like the ones identified in this book, they can change how their city approaches these issues. Ultimately the book has a simple goal: to save lives in urban America.

This interview was edited and condensed for length and clarity.