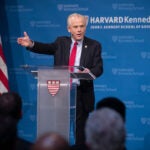 Assistant Professor in Sociology Joscha Legewie takes a big-data approach to his inequality research. His most recent scholarship, published in American Sociological Review, found that aggressive policing in New York City had significant educational and social consequences for African American boys. Researched with Columbia Law School’s Jeffrey Fagan, the study credits New York City’s Operation Impact — a program that added police officers to high-crime neighborhoods — with temporarily lowering crime rates in the impacted neighborhoods. However, linking information about Operation Impact with a quarter of a million teens shows that the program led to significantly lower test scores for African American boys. Legewie, who joined Harvard’s faculty last year, spoke to the Gazette about the work.

GAZETTE: How did this research bubble up?

LEGEWIE: For more than 10 years, I’ve been working on racial bias in policing. I was mainly interested in spatial and temporal patterns of policing, so I spent a lot of time looking at maps of New York City. One thing that struck me was the extreme level of exposure to policing in some neighborhoods, so I thought, “What are the consequences for the education and health of minority youth?” It started as a side project. The rate of police stops and arrests was as high as 976 per 1,000 for 18-year-old black men between 2004 and 2012. But at the time I didn’t have the data infrastructure in place to answer this question.

GAZETTE: How much data are we talking about, and when did you know you had interesting material?

LEGEWIE: The study is based on data from 1 million students in New York City Public Schools combined with information on millions of police stops, arrests, and crimes from the New York Police Department. One of the most challenging aspects of this research has been the access to and management of these different large-scale administrative data sources. It involves working with different government agencies, managing data contracts, and other administrative work. But it also involves understanding data systems that are not always designed for social science research and that might lack detailed documentation. The Research Alliance for NYC Schools at New York University has been a great help with that. In the end, it took several years to assemble and combine the various data sources. But I also think there are great benefits to building the relationships necessary for this kind of data access, which is a more direct connection to the policy world.

GAZETTE: What did you find?

LEGEWIE: The study started with a question: What are the consequences of aggressive, broken-window policing [a law enforcement theory holding that visible signs of crime, anti-social behavior, and civil disorder — for example vandalism — create an environment that encourages further crime and disorder] for the educational outcomes of minority youth? On the one hand, policing might reduce violent crime with potential benefits for students in high-crime areas. On the other hand, it might reduce educational outcome by creating stress or mistrust in policing that bleeds over from the criminal justice system to the school system. To answer this question, our study focused on Operation Impact, which quickly increased the number of police officers in so-called “impact zones.” We found a 40 percent increase in police stops and a 20 percent increase in low-level arrests after areas are designated impact zones. And we found that the program did decrease crime rates. But we also found that African American boys aged 13 to 15 experienced a substantial negative effect on their test scores, which roughly corresponds to about a fifth of the black-white test-score gap. The impact was confined to older black boys. Other groups — younger African American boys, Hispanic boys, and girls — were not affected by the policing program.

GAZETTE: Why is this research important?

LEGEWIE: Our study is part of growing literature that looks at the social consequences of policing, and I think our research contributes to this work in at least two important ways. 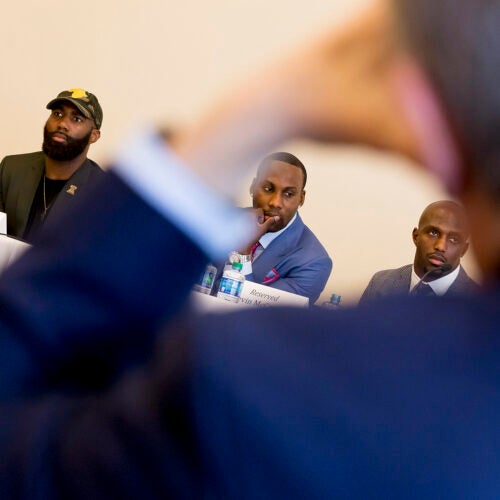 The first is that most research in the area focuses on parental incarceration, even though law enforcement and policing are a central — and the most visible — part of the criminal justice system. A large proportion of minority youth have some form of contact with the police at a very young age, and a majority experience indirect police contact through friends, family, or the community at large. I think it is extremely important to understand the consequences of this contact, and our study makes important contributions to this question.

Secondly, most research focuses on the consequences of direct contact with the criminal justice system such as arrests or, in some cases, police stops, but very few look at indirect effects such as neighborhood-level exposure to police programs. Ethnographic research powerfully demonstrates that the consequences of policing are not confined to the individuals who are stopped and arrested by the police. So the focus on indirect, neighborhood-based effects is an important extension of previous research that helps us to better understand the link between the criminal justice system and social inequality. So when you think about police accountability, it is important to consider these broader social consequences and costs.