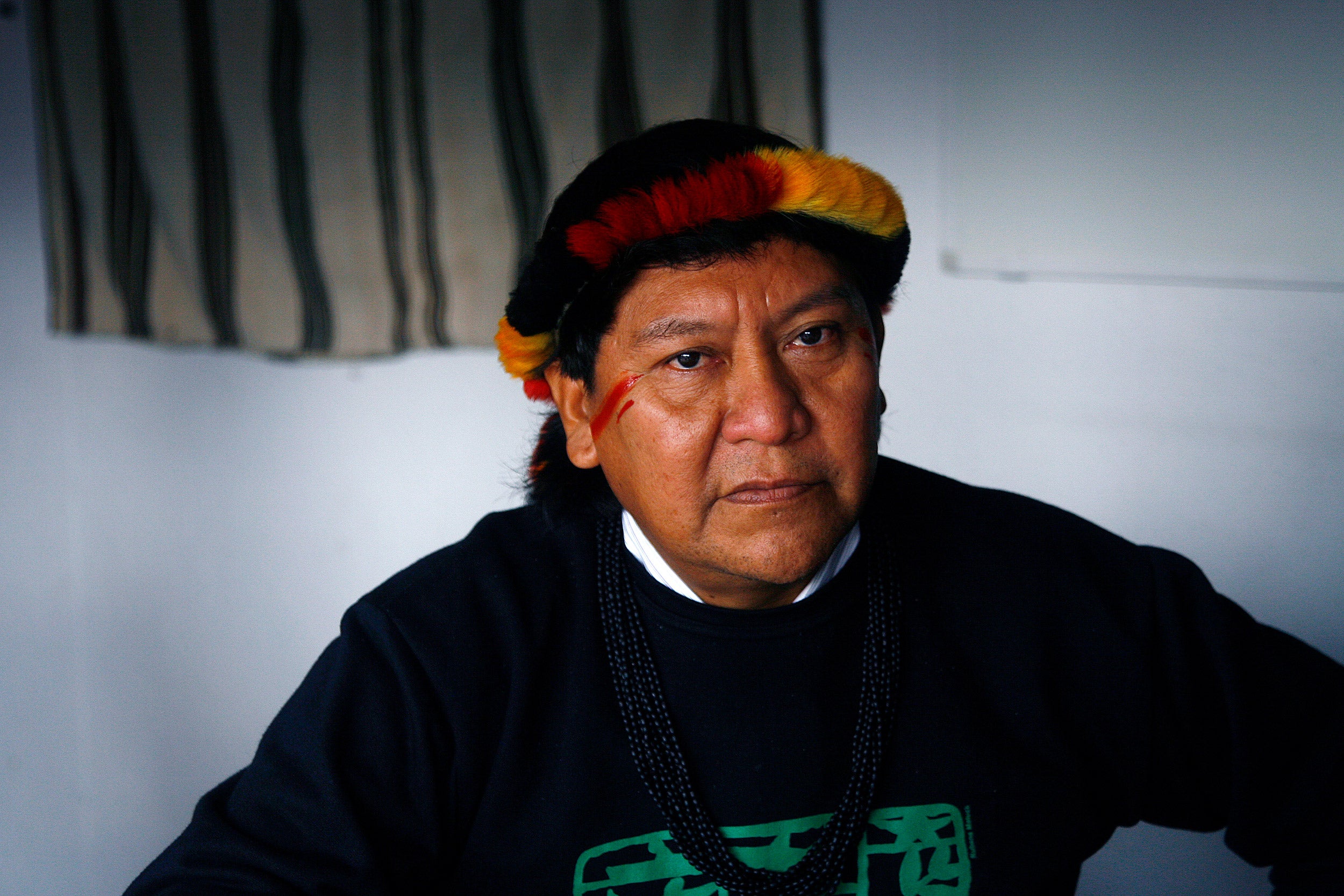 A quarter century after up to a million people were killed in ethnic violence, the country has re-created itself with greater gender equality

A quarter-century after the genocide in which ethnic Hutu extremists killed as many as a million minority Tutsis in approximately 100 days, Rwanda is a country reborn. How that happened is a story of resilience — and of the unexpected benefits that can come from unimaginable tragedy. It is also, as a panel at the John F. Kennedy Jr. Forum explored on Tuesday evening, a story of the women of Rwanda.

“How Women Saved Rwanda,” co-sponsored by the Program on Negotiation at Harvard Law School, the Harvard Kennedy School’s Women and Public Policy Program, and the Center for Public Leadership, brought four female survivors of the Rwandan genocide to the Institute of Politics yesterday. After Samantha Lakin, a Ph.D. candidate at Clark University who has worked in Rwanda since 2013, provided a basic history of the tragedy, the survivors took over, explaining the remarkable rebirth of their country of origin and the scars that remain.

“We had our darkest moment 25 years ago but together we rose back up and moved forward,” said Yvonne Umugwaneza, a mental health and community and social work advocate. Today, as she and her colleagues explained, Rwanda has re-created itself as a country moving toward gender equality.

“Our country is really remarkable,” said Providence Nkurunziza, who counsels orphans and widows affected by HIV. “This is something we are proud of,” she added, noting the often inaccurate public perception of contemporary Rwanda as being in crisis. “And we have to raise awareness of that too.”

The origins of this remaking lie in the genocide itself. As Umugwaneza explained, more men than women were killed in 1994. Although women were also slaughtered and brutalized, “We had many more women who survived than men, so these women worked together for the country,” she said.

Almost by default, added Marie Carine Boggis, a higher education advocate and public speaker, “Rwanda went from being a traditional society to having women take over leadership roles.”

This progress has grown on itself, creating a cultural shift. Women “tend to want to be what’s missing. We tend to fill the role that’s empty in our lives,” said Boggis, citing the preponderance of women-led families, as well as cases of young women who took on the role of mothers for even-younger orphans, creating new kinds of families and social supports. “Children who grew up that way realized a woman can do anything,” said Dydine Umunyana, a motivational speaker and the author of “Embracing Survival.” “It created that strength in young girls. We kind of learned from that tragedy.”

The shift can be seen in the post-genocide constitution. Although this document, which was adopted in 2003, has been criticized for possibly enabling one-party rule (a point brought up by an audience member), it not only condemned the genocide but also mandated that any government organization, including parliament, had to be made up of at least 30 percent women. However, progress toward equality did not end there.

“Women voted for women,” said moderator Ambassador Swanee Hunt, founder of the Women and Public Policy Program and Eleanor Roosevelt Lecturer in Public Policy at the Kennedy School. She cited “a massive push from the bottom” with as many as 15,000 village councils made up of women. She also noted how the women in parliament made room for others: Although 30 percent of seats are specifically set aside for women, she explained, “a significant number of those 30 percent said, ‘I have great name recognition — I’m going to give up my seat for one of my sisters who is not as accomplished and run against the man.’” The result is a parliament that is now 64 percent female, resulting in major changes in gender-based violence protections and inheritance laws, which had previously excluded women.

The progress does not mean the loss is forgotten, however, and each panelist shared how difficult it can be to move forward.

Boggis, who came to the U.S. at 17, initially sought to leave the tragedy behind for college and a new life. “It was not until the Save Darfur movement was getting started that I realized I had to speak up,” she recalled, citing campus activism during her undergraduate years at the University of New Hampshire, where she is currently a senior director of admissions at the law school. “Because if I didn’t, who else would?”

Umugwaneza described how her mother would repeatedly return to the site of her ruined home, a return her only surviving child did not understand until her mother finally located two orphaned relatives — one, a boy of 9 living on the street. “I was her only child, but she didn’t rest until she found something she could hold onto from her family,” said Umugwaneza. “She kept reminding me that I was responsible for them. I think she had found something to live for.” 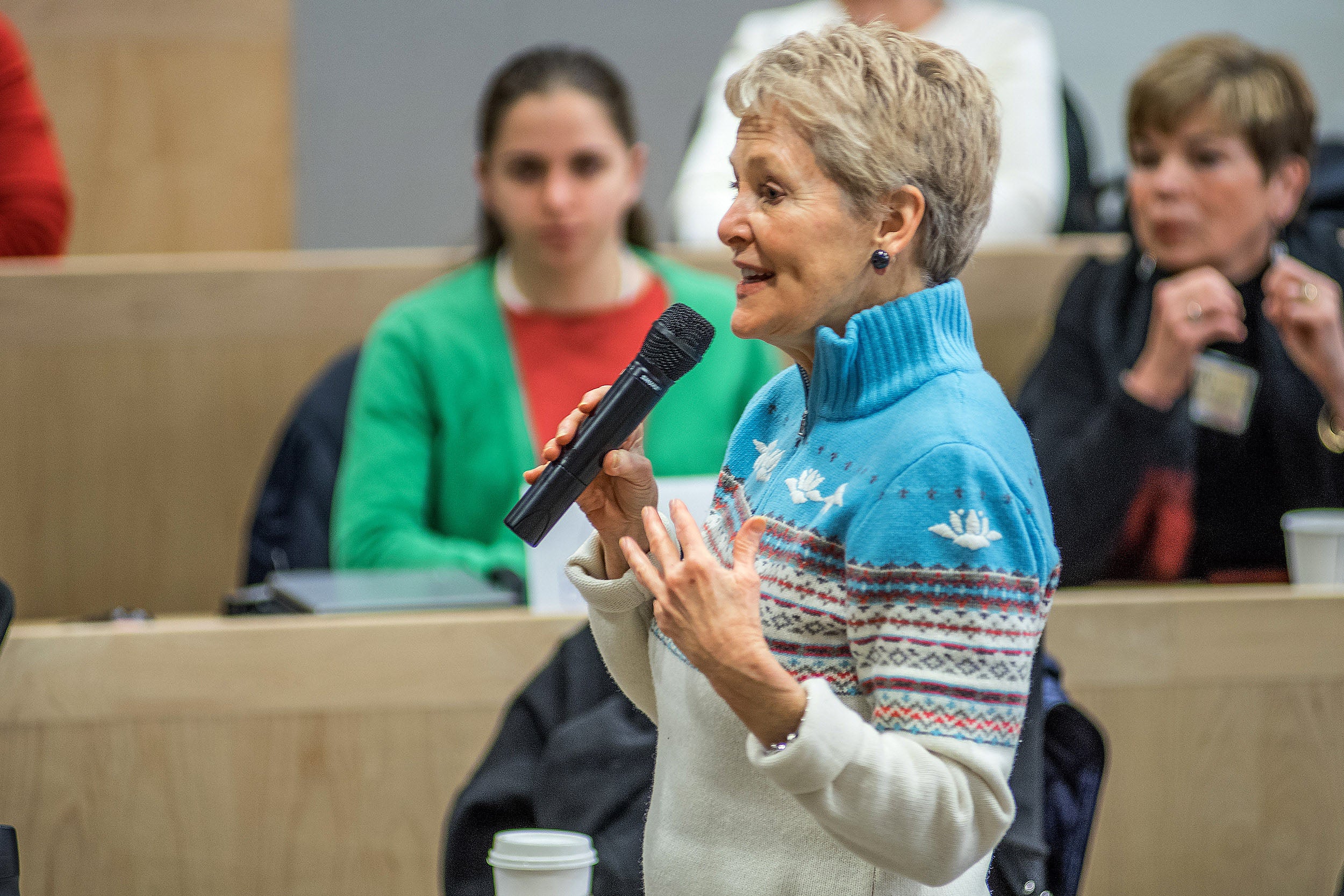 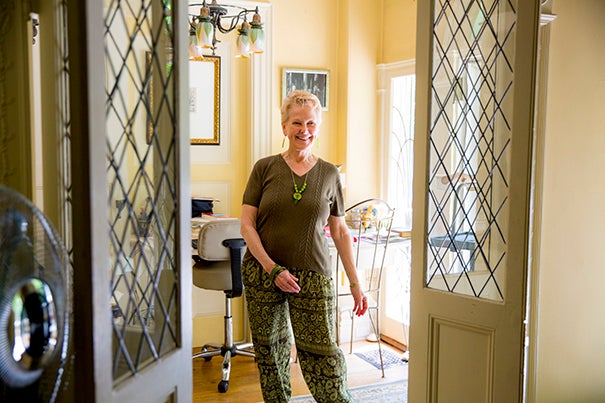 That pain is being passed on. Now living in the U.S., Nkurunziza has a 5-year-old daughter whose school regularly hosts a grandparents’ breakfast. But neither Nkurunziza nor her husband have living parents, because of the genocide, so her daughter has no one to take. “She’s 5, there was no way I can make her understand,” said Nkurunziza. “After 25 years,” she explained, the tragedy “is transitioning to another generation.”

“I’ve realized how much the world needs to know what happened in Rwanda,” said Umunyana. “We are fragile, but it doesn’t make us weak.”