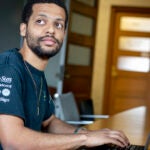 For Anne Monius, an early field trip led to a lifelong love of learning

Anne Monius was 8 years old when she strayed from her class during a field trip to Harvard’s Museum of Comparative Zoology. After all, there were giant dinosaurs and ferocious tigers to investigate. While wandering the exhibit spaces, she came across a room of art students sketching the taxidermied animals stored behind glass cases.

“What are you doing? Where are your parents?” asked one of the students who caught Monius staring.

Monius explained she was at the museum for her class field trip, but then started asking her own questions. What were they doing? And why were they all drawing?

The student explained in detail about his class and why they were drawing the stuffed tiger.

“It was like I had been living in a broom closet, and somebody opened up the door, and I had no idea what was going on,” Monius recalls today. “But I wanted to know.”

Outside the museum, just down the street, is where Monius now has an office as professor of South Asian religions at Harvard Divinity School (HDS).

After the field trip that fateful day several decades ago, Monius returned home to Brookline, N.H., and declared that she would one day attend Harvard. Her mother shrugged it off. Sure, sure. Gaining admission to one of the country’s oldest and most prestigious universities was an unlikely dream for the modest family of immigrants. Monius grew up alternating between Catholic Masses celebrated in Polish and in Lithuanian, understanding neither. She spent her summer breaks toiling long, sweaty days on the family farm. Still, the idea of Harvard, and the feeling of the door opening to other worlds, never dissipated. There was a tenacity to her curiosity.

Though Monius got stellar grades in high school and was interested in physics, no one pushed her to apply to college, much less Harvard. She did it on her own initiative, seeking out the feeling she had on the field trip — the feeling of doors opening. And despite the odds against her, she was admitted and came to Harvard College in the early 1980s to study theoretical astrophysics. To satisfy a core curriculum requirement, she took Professor Diana Eck’s class “Sources of Indian Civilization.” The lectures and texts spoke to things she had been reading since high school: The 1960s’ and ’70s’ fascination with the Far East had reached her small town and she and her brother had devoured the “Bhagavad Gita,” the “Tao Te Ching,” “Zen and the Art of Motorcycle Maintenance.” They had discussed and debated philosophies over the dinner table, joined on occasion by their mother, though their father stayed silent.

For the “Religion Around” book series, which looks at how the work of cultural icons shaped and was shaped by their religious milieu, Monius is exploring Bob Marley and Rastafari’s possible roots in Saiva culture.

Not surprisingly, Eck’s introduction to Indian texts showed Monius the possibilities of studying such ideas as more than a hobby, and after another semester, she switched her focus from physics to South Asian religions. According to Monius, the two had one striking commonality: “examining the big questions about the meaning of life.”

She graduated with her A.B. in 1986 and spent a fellowship year in India. When she returned to the U.S. she worked as a receptionist in Inman Square and debated whether to apply to graduate school. In the end, she said, she realized she loved her studies too much to give them up. That passion stayed with her through eight grueling years in Harvard’s Ph.D. program. “What really kept me going was just my love of the material,” she said. “And when I started working as a teaching fellow for discussion sections in my second year, I realized how much I liked teaching.”

She felt lucky to be in the program, and lucky to engage with thinkers who opened her worldview. For dissertation research, Monius traveled to Chennai, India, to conduct two years of textual research on the only extant Buddhist texts in Tamil. While there she spent time in rural villages composed largely of Dalit populations, and found her upbringing helped her relate to strangers who’d never heard of New Hampshire. Her ability to help with the farming made her part of the community, which in turn made her understanding of South Asian religions more complete. A highlight was when locals allowed her to cook for them, entrusting her with an okra fry.

But the best thing about those two years in India, she said, was that it was “the longest uninterrupted time of just being able to do my research I’ve ever had. I’ll never have that again until I retire.”

Still, she said, “students are the best inspiration, and in most seminars, I learn more from the students than they get from me.” If that’s true, it’s at least in part due to Monius herself.

“She helps us learn to think in new ways by deeply and closely engaging with student contributions to the discussion and inviting us to consider issues from a variety of angles,” said Morgan Curtis, M.Div. ’18, a Ph.D. candidate.

The materials she encounters in researching medieval Tamil poetry and premodern South Asian religions also have a lot to teach, Monius said. “Everybody in the humanities is engaged in human understanding, and we tend to think that the assumptions we make about the world are natural, and biologically real, and true. They’re not,” she pointed out. “They’re assumptions, with distinct histories. Looking at material that is so far afield [from our modern, predominantly Christian world] really highlights the assumptions that we make.”

By delving into the past, Monius has come to consider her study of South Asian texts transformative — even when you turn away from the research page, she argues, you continue contemplating the ethics and ideas that such materials bring to the fore. “We tend to think of the practices of academic life — reading, writing, etc. — as only disciplines of the mind, and in fact, in the premodern South Asian context that I work on, they’re formative of who you are as a person.”

Monius is currently immersed in several research projects. Her upcoming book, “Singing the Lives of Śiva’s Saints: History, Aesthetics, and Religious Identity in Tamil-speaking South India,” examines the formation of Saiva (Śiva-worship) identity in the medieval period of Tamil Nadu, when the Chola dynasty rose to prominence from the ninth through 12th centuries.

Research for one of the book’s chapters also led Monius to her next, as-yet-untitled book, which will explore literary innovation by Jain monks in the same period. In addition, she is part of a team of scholars translating the Tamil version of the “Ramayana,” one of India’s great epic poems. Last but not least, she’s contributing to Penn State University Press’ “Religion Around” book series, which looks at how the work of cultural icons shaped and was shaped by their religious milieu. Monius’ subject is Bob Marley and Rastafari’s possible roots in Saiva culture.

But all the writing and research is not distracting her from teaching. “I most hope I’m helping to train the next generation of scholars and professors who are going to continue generating interest on the part of young people in this country, whether they’re Hindu or not, in India, in its long, fascinating traditions,” she said.

Put another way, Anne Monius today is not so different from the 8-year-old in the museum, gazing through the glass cases into history, examining the evidence left by those who’ve passed, striving to open new doors and new understanding. 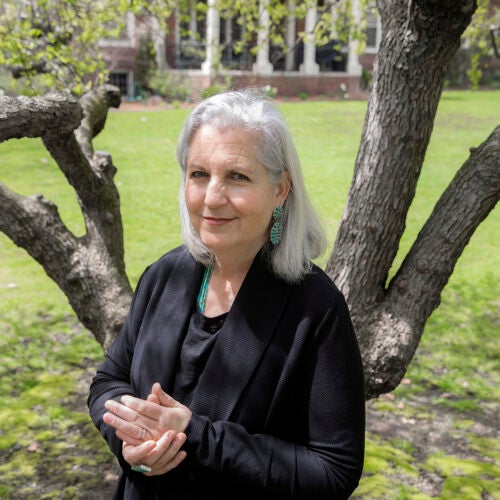 Writer, environmentalist reflects on lessons from being at the Divinity School 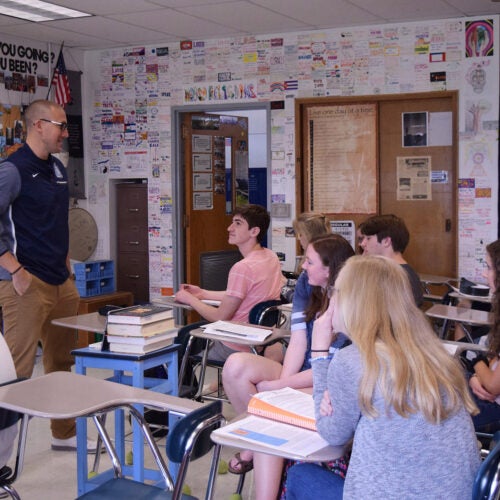 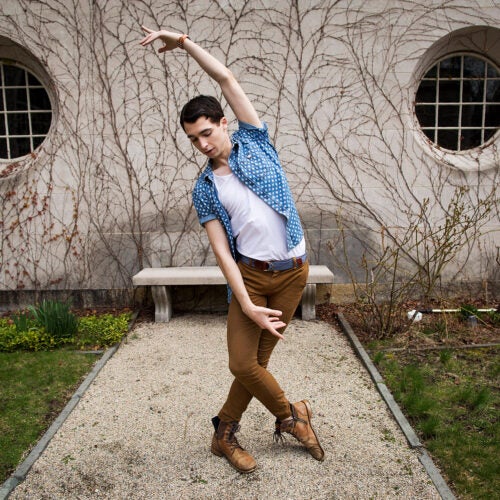 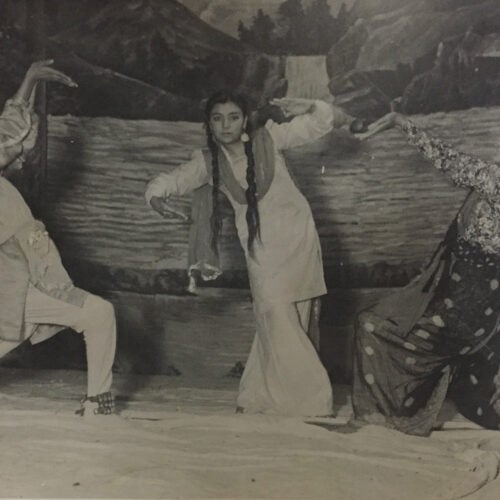