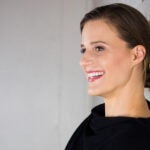 Prospect High School social studies teacher John Camardella is wading into the intellectual unknown, all for the benefit of his students.

The Illinois native and veteran educator recently threw out the playbook and completely redesigned the curriculum of the world religions elective he has taught to high school seniors for the past 15 years.

The impetus? A “life-changing” method of teaching religious studies he learned from Harvard Divinity School’s Religious Literacy Project (RLP). Camardella, whose own parents are an ex-nun and ex-monk, is betting his career on the new teaching method.

Most high school religious courses teach a traditions-based model, with a unit on each of the major faiths’ “DERMS”: doctrines, ethics, rituals, myths, and symbols. Camardella had been using this method for years when the National Council for the Social Studies tapped him to help workshop a set of guidelines for teaching religion in public schools.

Through the workshop, Camardella found himself face-to-face with a religious literacy scholar whose influence would ultimately leave him bleary-eyed as he scrambled to rewrite his entire curriculum this winter.

Diane L. Moore, senior scholar and the founding director of the RLP at Harvard Divinity School, has pioneered the field of religious literacy. Rejecting “traditions-based” methods of teaching religion, she proposes that religion should be studied through the lens of cultural studies with the following maxims in mind: 1) religions are internally diverse, 2) religions evolve and change, and 3) religions are culturally embedded.

Meeting Moore and getting the opportunity to continue working with the RLP, Camardella said, “absolutely changed everything I believe about education.”

“You’re allowing kids to come at the study of religion based on their interests. And what we’ve seen is, kids are now hyper-interested in this because they have so much vested in it.”
— John Camardella, pictured below

When Moore asked Camardella to serve as an education fellow for the RLP and pilot its pedagogical materials in his classroom, Camardella and Prospect’s administrators jumped at the chance, said the school’s principal, Michelle Dowling. Members of the RLP team flew out to visit Prospect over the course of the fall 2017 semester in order to help Camardella prepare to overhaul his curriculum.

While Camardella had the support of the RLP team and his principal, pioneering a change of this magnitude involved a leap of faith.

“There are around five or six people who teach religious studies courses in the Chicagoland area, but everyone else does the standard traditions-based teaching,” Camardella said. “I broke with all of them. We still talk all the time, but I broke with all of them to really put all my chips in this cultural studies basket. I’m pretty much betting my career on it.”

Through adapted materials from the RLP, Camardella had students read case studies that delved into religious groups’ understandings of climate change, gender, minority status, and violence and peace. At the end of each unit, students could pick one subtopic to read and would respond to essay questions about their chosen case study.

“So we have student choice right away: What are you interested in?” Camardella said. “What you have is a way of assessing students in a healthy and authentic way, but you’re allowing kids to come at the study of religion based on their interests. And what we’ve seen is, kids are now hyper-interested in this because they have so much vested in it.”

Praying toward Mecca from space

Students’ final assignments took the form of writing and presenting their own case studies on topics of their choosing. Some projects explored Muslim women’s participation in New York Fashion Week, historical receptions of the Broadway show “Jesus Christ Superstar,” and differing attitudes among Shia and Sunni Muslims toward transgender identities.

Senior Aleksandra Ekiert worked with Sikh scholar Muninder Kaur Ahluwalia and pored over Punjab income charts to determine if the gender wage gap was smaller in parts of India where Sikhism, a religion that emphasizes gender equality, was the dominant tradition. Sydney Hoelter examined how Muslim astronauts pray toward Mecca in a space station beyond the outer limits of Earth.

“For a tradition I thought was strict, Muslims leaders seemed very lenient and interested in giving astronauts personal choice in how to carry out their religious traditions in space,” Hoelter said.

A spring break exchange trip to France sparked Colleen Stanford’s project: After seeing many Chinese tourists at Notre Dame, she began to research Christianity in China.

“I found that there were a lot of Christians in China, and the government regulation of Christianity there was just intriguing to me. I really got lost in my research,” Stanford said.

‘This course opened my mind’

But what is the outcome of a course that emphasizes cultural embeddedness and historical dynamism over ensuring students memorize the Four Noble Truths of Buddhism or the Five Pillars of Islam?

“I think this course opened my mind,” Stanford said. “The internal diversity method and how everything changes over time and is culturally embedded — I think that helped me understand the world better. So when I look at problems on the news and stuff, I can understand where people are coming from and notice that not everybody is the same.”

As for Camardella, he hopes the second half of his teaching career will come with a new role as facilitator rather than lecturer.

“I always tell my kids that my goal is to become obsolete. I want these young men and women to be able to leave this classroom with the tools and the skills to enter the world confidently and prepared to engage in this beautifully diverse world we live in,” Camardella said. “It’s amazing to watch what happens when you teach kids the skills and give them the tools and then let them go, which I think is for me the highest level of education we can offer our kids at Prospect. And hopefully we can scale this and help people see how much benefit comes from this method.”

“Once I really dove into the RLP model, we started with a completely different point: There are numerous ways to interpret religion, so we’re looking for situated perspectives, and at no point taking an example and passing it off as exclusive. And so the biggest thing I’ve noticed this semester — and this is my 16th semester of teaching religion — is that kids are walking out of the classroom feeling less like experts, but feeling more equipped with the skills to approach and engage with religion.”

“The biggest thing I’ve noticed this semester — and this is my 16th semester of teaching religion — is that kids are walking out of the classroom feeling less like experts, but feeling more equipped with the skills to approach and engage with religion.”
— John Camardella

Camardella saw the fruits of this method when his students had the opportunity to meet New York Knicks player Enes Kanter, who visited Prospect this spring. When a few members of Prospect’s basketball team convinced Kanter, a Turkish Muslim, to stop by their world religion class, Camardella was surprised to find that between peppering Kanter with questions about the NBA and Lebron James, the students asked how fasting during Ramadan works as a professional athlete.

“I watched as they took this RLP method and engaged with this NBA star in a really respectful and educated way, and I did nothing. I just stood back,” Camardella said. “They were so appreciative to hear his perspective on Islam, but at no point did they think, ‘Oh, he speaks for Turkey,’ or ‘He speaks for Islam,’ or even, ‘He speaks for all NBA players.’ They were able to recognize that he offered a singular, situated perspective.”

Next year, Camardella will adapt his full-year curriculum to the RLP method and help reach out to other teachers about adopting the method. For Camardella, it is critical for public schools to know that teaching religion through the RLP method is constitutionally sound, academically rigorous, and can be made accessible to all levels of students — Camardella’s elective course, for example, caters both to special-needs students and to AP students heading to Ivy Leagues in the fall.

Moreover, Camardella argues, the nation’s current political and religious climate calls for teachers to rise to the occasion and equip their learners for a diverse world.

“Not to get too idealistic here, but our students need this information. It’s critical, living in a pluralistic democracy, that people are informed,” Camardella said. “What I’ve witnessed in the first half a year of this pilot is that when you give students the skills and you give them the knowledge to access information and to think about things in new ways, give them the language to engage, they will not fail to surprise you with how engaged and excited they are. That’s what’s changed everything.”