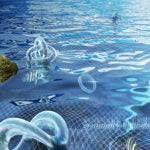 Most everybody is familiar with the Big Bang — the notion that an impossibly hot, dense universe exploded into the one we know today. But what do we know about what came before?

In the quest to resolve several puzzles discovered in the initial condition of the Big Bang, scientists have developed a number of theories to describe the primordial universe, the most successful of which — known as cosmic inflation — describes how the universe dramatically expanded in size in a fleeting fraction of a second right before the Big Bang.

But as successful as the inflationary theory has been, controversies have led to active debates over the years.

Some researchers have developed very different theories to explain the same experimental results that have supported the inflationary theory so far. In some of these theories, the primordial universe was contracting instead of expanding, and the Big Bang was thus a part of a Big Bounce.

Some researchers — including Avi Loeb, the Frank B. Baird, Jr. Professor of Science and chair of the Astronomy Department — have raised concerns about the theory, suggesting that its seemingly endless adaptability makes it all but impossible to test.

“The current situation for inflation is that it’s such a flexible idea … it cannot be falsified experimentally,” Loeb said. “No matter what result of the observable people set out to measure would turn out to be, there are always some models of inflation that can explain it.” Therefore,  experiments can only help to nail down some model details within the framework of the inflationary theory, but cannot test the validity of the framework itself. However, falsifiability should be a hallmark of any scientific theory.

That’s where Xingang Chen comes in.

A senior lecturer in astronomy, Chen and his collaborators for many years have been developing the idea of using something he called a “primordial standard clock” as a probe of the primordial universe. Together with Loeb and Zhong-Zhi Xianyu, a postdoctoral researcher in the Physics Department, Chen applied this idea to the noninflationary theories after he learned about an intense debate in 2017 that questioned whether inflationary theories make any predictions at all. In a paper published as an Editor’s Suggestion in Physical Review Letters, the team laid out a method that may be used to falsify the inflationary theory experimentally.

“The conventional observables people have proposed so far have trouble distinguishing the different theories because these observables are not directly related to this property,” he continued. “So we wanted to find what the observables are that can be linked to that defining property.”

The signals generated by the primordial standard clock can serve this purpose.

That clock, Chen said, is any type of massively heavy elementary particle in the energetic primordial universe. Such particles should exist in any theory, and they oscillate at some regular frequency, much like the swaying of a clock’s pendulum.

The primordial universe was not entirely uniform. Quantum fluctuations became the seeds of the large-scale structure of today’s universe and one key source of information physicists rely on to learn about what happened before the Big Bang. The theory outlined by Chen suggests that ticks of the standard clock generated signals that were imprinted into the structure of those fluctuations. And because standard clocks in different primordial universes would leave different patterns of signals, Chen said, they may be able to determine which theory of the primordial universe is most accurate.

“If we imagine all the information we learned so far about what happened before the Big Bang is in a roll of film frames, then the standard clock tells us how these frames should be played,” Chen explained. “Without any clock information, we do not know if the film should be played forward or backward, fast or slow — just like we are not sure if the primordial universe was inflating or contracting, and how fast it did that. This is where the problem lies. The standard clock put time stamps on each of these frames when the film was shot before the Big Bang, and tells us what this film is about.”

The team calculated how these standard clock signals should look in noninflationary theories, and suggested how to search for them in astrophysical observations. “If a pattern of signals representing a contracting universe were found,” Xianyu said, “it would falsify the entire inflationary theory, regardless of what detailed models one constructs.”

The success of this idea lies in experimentation. “These signals will be very subtle to detect,” Chen said. “Our proposal is that there should be some kind of massive fields that have generated these imprints and we computed their patterns, but we don’t know how large the overall amplitude of these signals is. It may be that they are very faint and very hard to detect, so that means we will have to search in many different places.

“The cosmic microwave background radiation is one place,” he continued. “The distribution of galaxies is another. We have already started to search for these signals and there are some interesting candidates already, but we still need more data.” 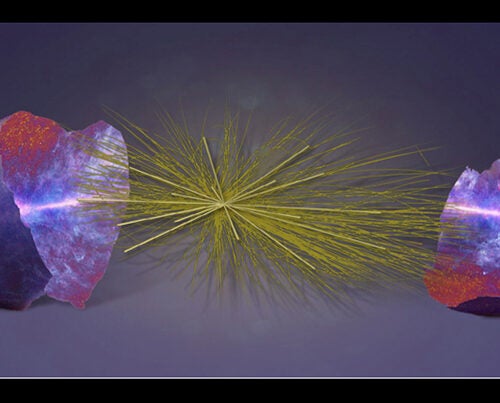 Paves the way for the future discovery of new physics 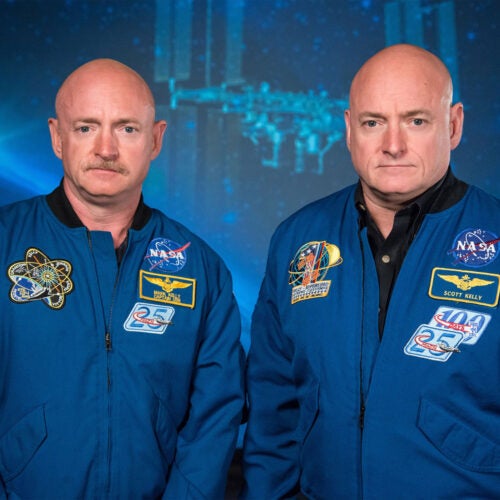