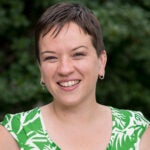 Spaceflight may look like fun on film. But, in reality, exploring the final frontier takes a serious toll on the human body.

Researchers have found that orbiting the planet in zero gravity for extended periods of time can trigger a series of effects similar to aging. Cardiovascular changes such as thickening of the carotid artery, muscle atrophy, loss of bone density, and even cognitive impairment, are just some of the shifts that afflict space travelers.

A contributing factor is the “phenomenon of fluid shifts,” said Brinda Rana, an associate professor at the University of California, San Diego, School of Medicine and a member of one of 10 NASA-sponsored research teams involved in a five-year project to examine what happens to astronauts during prolonged space flights.

On Earth, Rana explained, gravity pulls blood toward the feet while the pulmonary system effectively pumps it toward the head, maintaining an important balance. But in the absence of gravity, blood and other fluids freely shift upward. “Remember when you were a kid and you hung upside down on monkey bars, and that feeling of pressure in your head?” Rana asked the audience gathered Monday in Knafel Center for a talk that was part of the Radcliffe Institute for Advanced Study’s Undiscovered Science lecture series. “Imagine that for a whole year.”

Headaches, edema, decreases in blood volume, changes in urinary output, and vision impairment related to distention in the optical nerve and folds in the retina, are some the results of that fluid shift. Yet research has shown that only some astronauts develop vision problems. Similarly, some astronauts are prone to space sickness ­— a condition comparable to car or sea sickness — while others feel fine as they circle the globe. To understand those discrepancies better, along with the strain of spaceflight on the human body, Rana has been examining the molecular changes in twin astronauts Scott and Mark Kelly for the NASA Twins Study. She and her team have studied the results of MRI and ultrasound tests, as well as urine, blood, and fecal samples collected from Scott, who spent a year orbiting the planet aboard the International Space Station, and, Mark, who stayed firmly on Earth.

“The hypothesis is that, Scott and Mark being almost genetically identical, the stressors of space would manifest themselves on the genome,” changing not only the regulation of the genes but also their output, such as proteins and antibodies, said Rana. Such changes can also influence an astronaut’s microbiome, physiology, and cognition, she said.

“[With Scott,] we are trying to capture molecular events that correspond to physiological changes in relationship with space travel, both good and bad, negative and positive effects. These will provide clues for further studies. At the same time, we have the Earth control brother, Mark,” said Rana.

Earlier data from the study has been made available in recent years, but the release of the latest findings has been postponed, limiting what Rana could reveal in her Radcliffe talk. Still, she offered a few clues. The research team observed that a protein that is correlated with body weight decreased in Scott. The finding was consistent with a decrease in his energy intake and a reduction in his body mass, Rana said. Conversely, Mark, as a typical middle-aged man, gained weight.

“So, basically, astronauts are losing weight in space … and it’s not surprising because instead of eating their food, they are playing with their food,” she said.

Scott may also have had a brief advantage when it came to aging. The results revealed his telomeres, compound structures that protect the ends of chromosomes from deteriorating, lengthened while he was in orbit. Telomeres have been shown to shorten with age. “No matter how you looked at it,” said Rana, “Scott Kelly, in flight, had longer telomere length.”

In the flight samples, researchers also observed elevated levels of a protein that is important to the eye’s vascular system. That will be “an interesting marker to look at” in the future, said Rana.

Rana hopes the study will “serve as a roadmap for future studies aimed at understanding potential health risks of long-duration spaceflight.” That may not be far off. Rana’s work has important implications as NASA moves forward with plans to send astronauts to Mars — a flight that could take up to 300 days — by the 2030s.