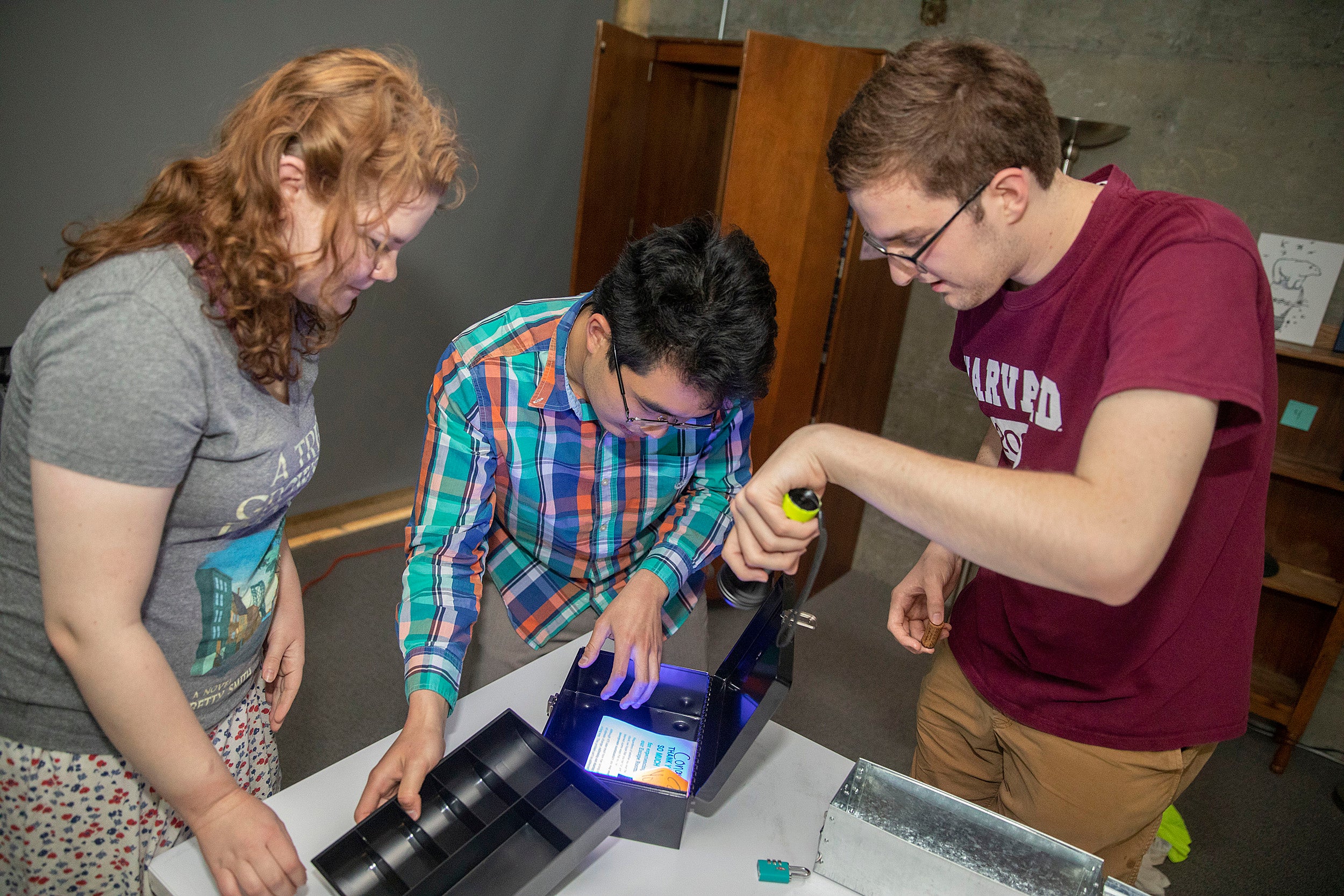 Those are among the most common items on seniors’ bucket lists of things to do before Commencement on May 30. With just over a month until graduation, students find themselves scrambling to finish what’s left of coursework and extracurriculars, and tick off the list of things they had put off until, well, now.

Rodrigo Cordova, who’s concentrating in astrophysics and physics with a secondary in archaeology, said high on his list is finishing a 3-foot-by-4-foot oil painting he started during his junior year, struck by the devastating effects of Hurricane Maria on his native Puerto Rico.

Cordova keeps his painting at the art studio in the Cabot House Quad. It contrasts a panorama of lush forest against a landscape of damaged homes topped with blue roofing tarps, the legacy of what is considered one of the deadliest natural disasters in U.S. history.

“It represents my feelings about the hurricane and what it did to the island,” said Cordova, who discovered a love for painting in the eighth grade. “I really feel I have to finish the painting before I graduate because I have no idea when I’ll get to it afterward.”

There are plenty of posts and articles listing the top 10 or 100 things to do before graduation, but most students have their own yearnings. Angelica Chima had heard of a list circulating online that included some choices she found questionable, such as getting busy in Widener, running naked around Harvard Yard, or desecrating a famous landmark.

“There were things I didn’t want to do,” said Chima, who is concentrating in the history of science with a secondary in global health and public policy. “Things like jumping into the Charles River.”

What Chima does want to do is take part in Eleganza, a fashion show featuring Harvard students as models, which is often held in late April. She auditioned in the fall and she got a call back. Chima also plans to spend the time she has left here exploring Boston and New England, attending a lecture by a distinguished speaker, and reconnecting with friends she made in her first year. “In general, I’m just enjoying every day and every moment,” she said.

For many students, senior year is a time to leave the gates of Harvard, take the T, and explore Boston’s historic and tourist attractions. That’s the plan for Weisner Perez, who looks forward to visiting the New England Aquarium, going whale-watching, and taking a tour of Boston.

A sociology concentrator with a secondary in economics, and a Harvard basketball forward and team captain, Perez’s must-do list includes going to a Boston Celtics playoffs game, a Bruins game, and, not least, checking out the rooftop at Felipe’s Taqueria, a popular hangout in Harvard Square. “I did it in my freshman year,” he said of Felipe’s. “It’s a big thing. I’d like to go there one more time before I graduate.”

At the start of senior year many students suddenly realize it will be their last at Harvard. That happened to Yanet Gomez, who’s concentrating in human developmental and regenerative biology with a secondary in social anthropology. She started panicking last fall.

“I was really focused on getting ahead,” said Gomez, who is preparing to go to medical school, “and I didn’t give myself enough time to try new things and exercise my creativity.”

A native of Cuba, Gomez is planning to spend more time at the Havana Club in Central Square, a popular place for salsa and bachata lovers. As part of her quest to try new things, she’ll act in a play and perform in the senior dance when she’s not devoting time to deciding among Harvard Medical School, Stanford School of Medicine, and the UCLA-David Geffen School of Medicine, all of which have accepted her.

Gomez also plans to resume writing in the daily journal she started as a first-year to document her College days. “I started it as a way of recording my life in my own words,” said Gomez, a Currier House resident. “I stopped when I was a sophomore, but I resumed it this past January. I’m trying to write every day. I want to record the joyous moments.”

Victor Agbafe ’19, a pre-med government concentrator with a secondary in economics, hopes to accomplish many firsts in his last days on campus. On his long list are going to a Sox game, attending an Institute of Politics forum at the Kennedy School, visiting Harvard’s museums, and getting lost in Widener Library.

“I’ve been to Widener three or four times in my four years here, but I had never been to the Widener stacks,” said Agbafe. “I want to know what that’s like.”

Agbafe also would like to rekindle friendships he made as a first-year, run a 5K, and mull over some big questions he said every Harvard student should think about. “The longer you’re here, the more you think about the importance of values,” he said. “Now that we’re leaving Harvard, we have to think about what we’re going to do to make the world a better place.”

Before the year is over, Willa Li, who’s concentrating in chemical and physical biology, hopes to solve a few mysteries that have kept her intrigued for the past four years. In an email, Li said she’d like, for instance, to figure out “what is the top floor of the Science Center, and then go to it,” and ride the Allston campus shuttle “to see where it actually goes.”

Going to Felipe’s and El Jefe, another popular Harvard Square restaurant, are also on Li’s list. In addition, she would like to “eat a sundae at every house on Sundae Sunday … all in one Sunday.”

Overall, she looks forward to appreciating every day she has left at Harvard and being grateful for all the best it has to offer, including “over-easy eggs at the grill,” “the lights on Weeks Bridge,” and Remy, the humanities cat.

As for Cordova, besides finishing his painting, his list includes teaching a painting class at Cabot House — a goal he has had since sophomore year — slowing down to spend time with friends, and playing Frisbee in the Quad.

There is one item on his list that Cordova plans to pursue for the rest of his life: sharing the beauty and the wonder of the sky with more people. As the president of the Student Astronomers at Harvard-Radcliffe, Cordova has been working on bringing more students to the observatory to get them interested in science.

“It’s one of my big life goals,” said Cordova, who has yet to decide among Princeton, UC Berkeley, and Chicago for his Ph.D. in astrophysics. “I don’t think enough young people have the resources, the opportunities, and the space to ponder at the world around you and also about yourself. We all deserve a chance to marvel and ponder at how we all came to be.” 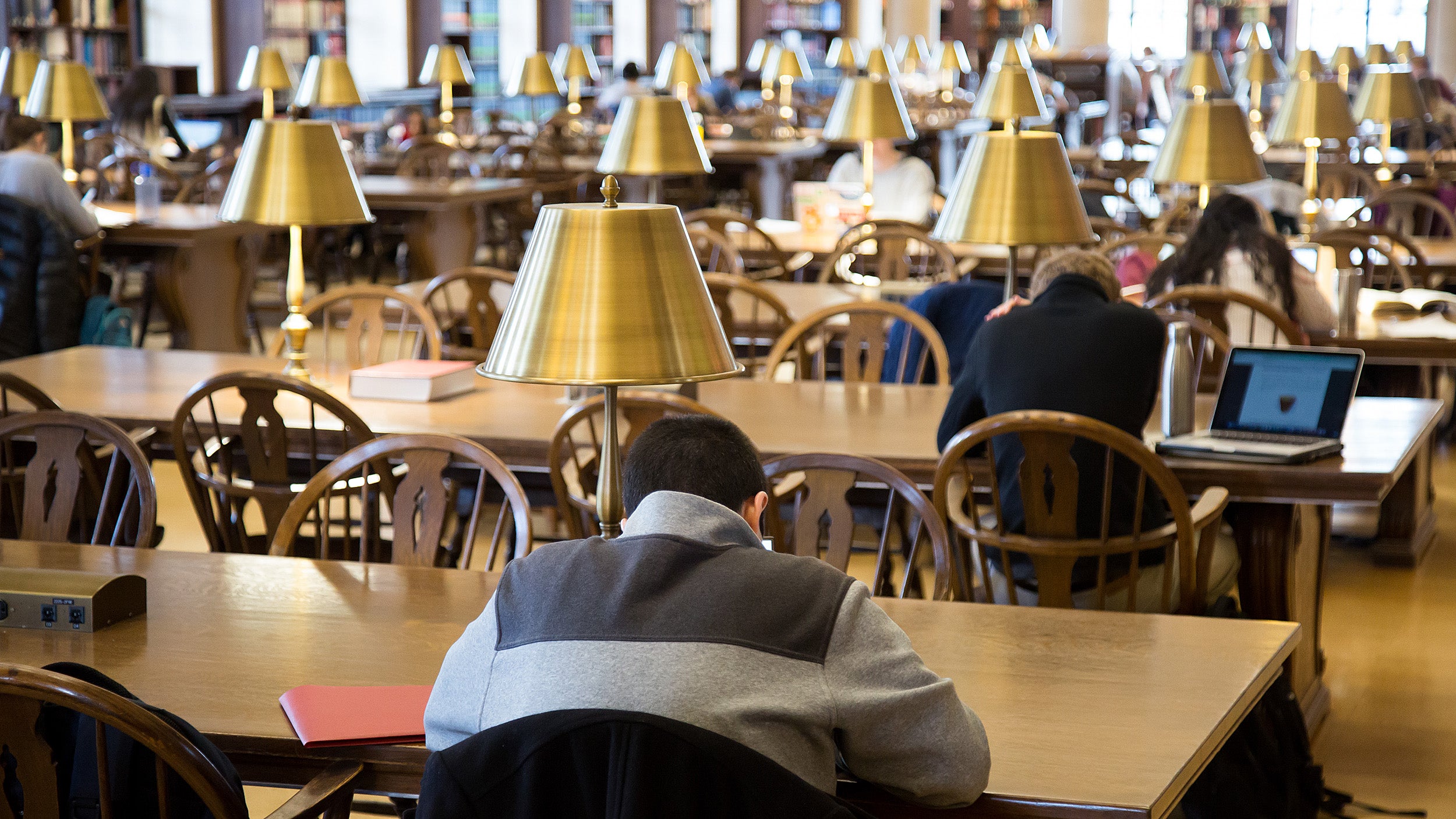 Whether seeking solitude or socializing, there’s a spot for you 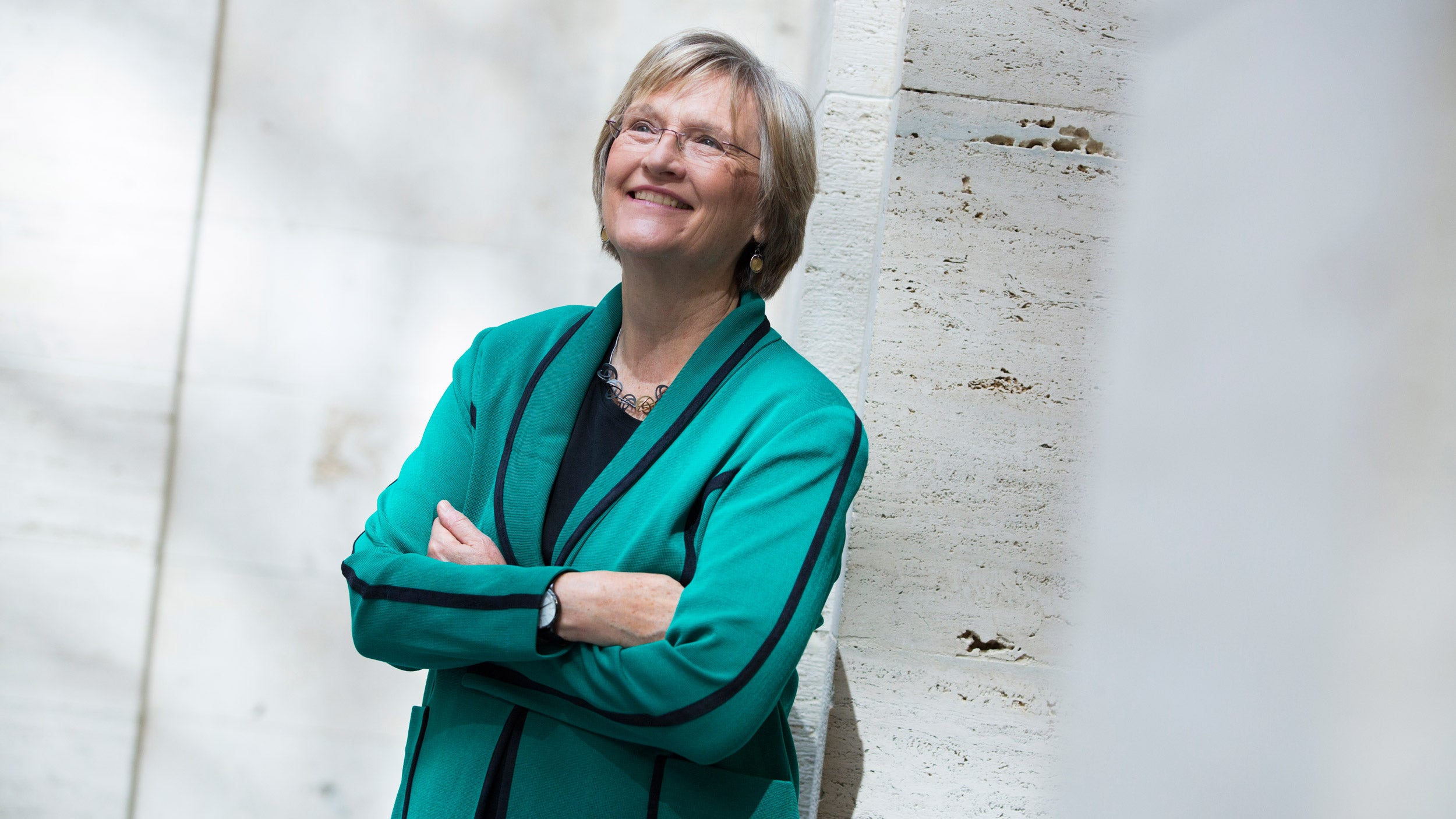 Outgoing president reflects on her favorite spaces on campus 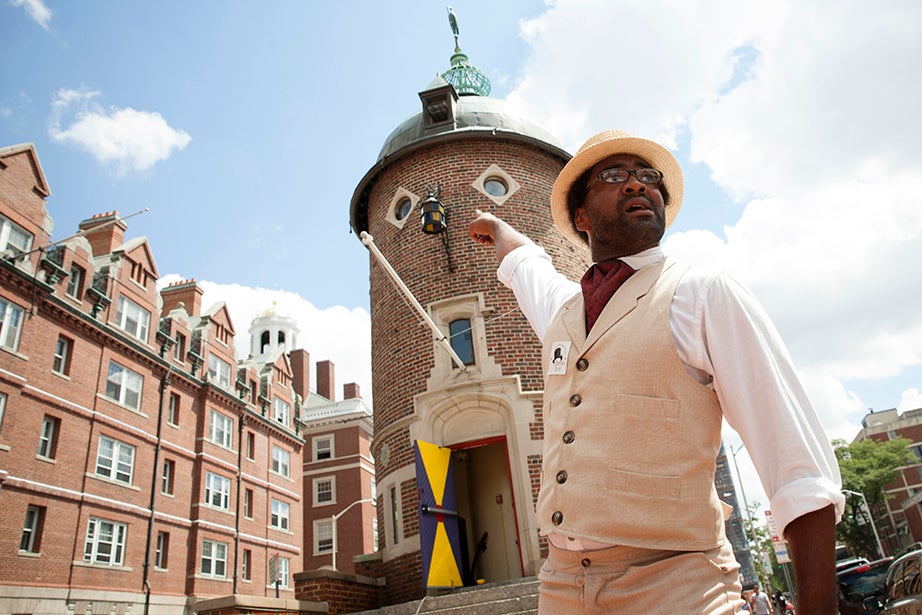