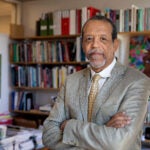 Nearly a month after special counsel Robert Mueller handed in his report to U.S. Attorney General William Barr on the 22-month investigation into Russia’s interference in the 2016 presidential election, the public finally got its first look at the document Thursday.

As expected, the 448-page report confirms that Mueller did not find sufficient evidence that the president or his campaign associates coordinated with Russia’s election interference effort. But contrary to Barr’s assertions that Mueller was unable to reach a conclusion on whether President Trump obstructed justice in trying to stop the probe, the report actually says the special counsel felt bound by Department of Justice policy that prohibits bringing charges against a sitting president and therefore did not try to reach a prosecutorial decision.

With surprisingly few redactions, the report reveals a dizzying roster of Russians and Americans involved in the Trump campaign who actively connected, talked, and then met with one another starting in 2015 (although Trump, his attorney Michael Cohen, and Trump’s adult children were in communication with Russian officials as early as 2013 to discuss the Trump Tower Moscow project). The richly detailed report also chronicles Trump’s activities once he became president and how he repeatedly sought to defuse or derail first the FBI’s counterintelligence investigation and then Mueller’s probe, which began in May of 2017.

To start to make sense of it all, hours after the report was released, the Gazette spoke with former prosecutor Alex Whiting, a professor of practice at Harvard Law School who teaches issues and procedures related to domestic and international criminal prosecutions. He serves on the board of editors and writes regularly for Just Security, a popular U.S. national security law and policy website. From 2010 to 2013, Whiting supervised prosecutions in the Office of the Prosecutor at the International Criminal Court in the Hague.

GAZETTE: What’s your initial reaction to what is described in the report? From your first read, what are the big takeaways?

WHITING: I focused on the obstruction part; that’s been my interest.

It’s pretty devastating for a number of reasons. First, as we knew already from Barr’s letter, Mueller did not make a final determination on the obstruction part. He had exonerated the president on the collusion part, but had not made a judgment on the obstruction part. There was a lot of debate about that and why he did that. And the suggestion was that it was because it was perhaps too close a call. That turns out not to be the case. The only reason he didn’t make a call is because the Justice Department has a policy that a sitting president cannot be indicted. And it was solely out of respect to that policy that Mueller declined to make an ultimate call with respect to the obstruction charges. And he specifically said if they had clearly found insufficient evidence of obstruction they would have said so. In other words, reading between the lines, they found substantial evidence of obstruction of justice, if not sufficient evidence, to bring prosecution were they permitted under Justice Department policy. That’s an important conclusion right off the bat.

The second thing is there were questions about whether there were legal prohibitions or legal problems with bringing an obstruction of justice charge because of the way the statute was written, but more particularly because of the position of the president. He is both in charge of the executive in charge of the investigation and he is a subject of the investigation. So there were questions about whether an obstruction statute would interfere with his duties as president to oversee the executive branch. And the report is dismissive of any of those legal problems of bringing an obstruction charge. What the report concludes is there are no legal bars — there are only evidentiary questions about whether the evidence is sufficient.

On the question of the evidence, the report lays out the full picture of the president’s conduct with respect to the investigation. There’s a range of acts which can be fairly construed as seeking to shape the investigation, interfere with it, shut it down, mislead it, derail it — all of those things. The evidence is laid out in detail and the report finds in a number of places where it is substantially corroborated. It points to a pattern of conduct that I think can only be seen as obstructive. The only remaining question is whether the president, in doing those things, had a “corrupt motive,” which is required under the statute. That’s really the only question. And there, the report suggests the president saw the investigation as a threat, he saw it as potentially undermining his political standing, his own personal standing, and it was for that reason that he was trying to shut down and end the investigation — to avoid political consequences or embarrassment. And that is sufficient under the obstruction statute. So even though there isn’t evidence he was trying to obstruct justice to cover up a crime, because the special counsel found there was insufficient evidence of an underlying crime, there were other reasons why he would personally benefit from shutting down the investigation, and those seem to be very much at play and sufficient for an obstruction charge.

GAZETTE: Is it more or less helpful to Trump than you anticipated?

WHITING: I think it’s less helpful. After the [March 24] Barr letter, there were some rumblings that the report was actually much more critical and much more of a problem for the president than the Barr letter let on. And I think that’s absolutely true. On the obstruction part, he’s worse off today than he was yesterday.

GAZETTE: Does it appear the investigation was wrapped up before Mueller was ready?

WHITING: No, I don’t see any indication of that. The report does address the question of why they didn’t subpoena the president to the grand jury, and they conclude that legally they could have, but they decided it would have unnecessarily delayed wrapping up the investigation and that they likely would not have gotten more than they already knew. But that was Mueller’s decision; that was not Barr’s decision, and there’s no indication that he shut it down.

GAZETTE: In the report, Mueller states that he and his team did not try to reach a decision on whether or not to prosecute given the overarching constraint that presidents cannot be indicted while in office according to Office of Legal Counsel guidance. But he also writes that the available facts and legal standards of the investigation “prevent us from conclusively determining that no criminal conduct occurred.” What do you make of that statement?

“On the obstruction part, he’s worse off today than he was yesterday.”

WHITING: It’s not remarkable that Mueller was following the DOJ policy about not indicting a sitting president. Most people thought that that’s where he was headed. However, what was left open was whether he would reach any conclusions about whether Trump had broken the law. I think it’s news that the reason he didn’t reach that conclusion was because of the policy. That makes sense; if you can’t indict the president, the special counsel probably shouldn’t reach that conclusion. People can argue about that, but that’s certainly a defensible position.

GAZETTE: There aren’t as many redactions as many people expected. But what can we learn from what is redacted, especially in the “ongoing investigation” category? Can we infer from that we’ll see future indictments against those in sections with heavy redactions, like Julian Assange/WikiLeaks and Jerome Corsi?

WHITING: That may be so on the collusion side, but on the obstruction side, it looks like the redactions I’ve seen may have to do with some of the cases that haven’t completely wrapped up. For example, the Roger Stone case. But yes, it may be that there are future indictments; I think that’s absolutely right.

GAZETTE: Do there appear to be areas of inquiry that may have fallen outside the narrow scope of Mueller’s probe on Russia and the election that another investigative body — say a federal prosecutor’s office, a Congressional committee, a state attorney general, or state regulators — could or should look into? If so, what are some of those and who would investigate it?

WHITING: I haven’t read enough to know yet.

GAZETTE: The president and his supporters now say that the report has been made public and the Trump-Russia subject is closed. Is that a fair conclusion?

WHITING: No. That’s wishful thinking. This report is now going to have to be digested, and I think the obstruction section certainly provides a basis for further Congressional hearings and inquiries. Whether, as a political matter, the Democrats want to pursue that, that’s a separate question. There are certainly some serious legal questions to look into and think about. So no, this is not going away.

GAZETTE: Which legal questions, for example?

WHITING: The questions about obstruction: Whether the president engaged in a pattern of obstruction of justice and whether that’s impeachable. We have gone down the road a couple times on [presidential] impeachment where there has been obstruction of justice. And I think Congress is at least going to have to face that issue because of the evidence laid out here.

GAZETTE: What do you expect will happen next? Congressional committees seeking to obtain completely unredacted copies of the report had threatened to issue subpoenas. Is that now academic? 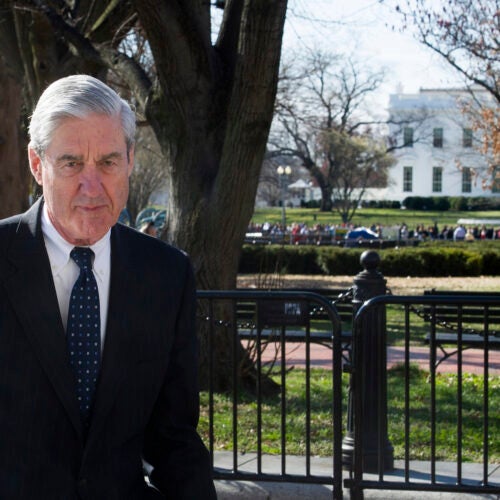 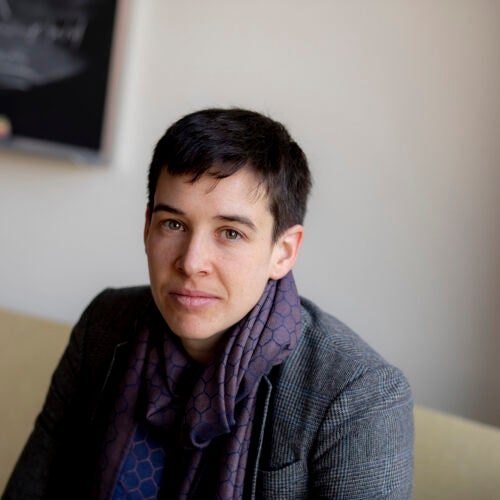 WHITING: To me, that now is going to be a bit of a sideshow because so much of the report is unredacted and Barr said the chairpersons of the committees will be able to see the full unredacted report except for the grand jury redactions — which is almost everything. To me, that’s now going to be a side issue. The big question is what Congress and maybe ultimately the American public do with this mountain of facts and this narrative with respect to the collusion evidence, but more particularly, the obstruction evidence.

GAZETTE: Of course, impeachment is a political process, not a legal one, and proceeding with it doesn’t require first proving that the president committed a crime. In remarks about the Office of Legal Counsel opinion regarding indicting a president, Mueller notes in the report that the team sought to preserve evidence it collected in light of that prohibition being lifted once the president is out of office. Could Trump still face charges at a future date or are the legal remedies now closed?

WHITING: It’s hard for me to imagine that would actually happen. I don’t anticipate that he’s going to be impeached on the basis of this; I just don’t think it will end up that way. And if he ends up losing the next election, I wouldn’t imagine that the Justice Department would pursue criminal charges, not on obstruction. So now, it’s largely a political question.