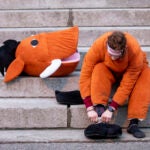 As the indictments and plea agreements pile up, close followers of special counsel Robert Mueller’s investigation into the Trump campaign’s possible involvement in Russia’s interference in the 2016 presidential election have increasingly turned to the blog Lawfare to make sense of the blizzard of court filings and rulings.

Co-founded in 2010 by Harvard Law School (HLS) Professor Jack Goldsmith; Robert Chesney, a professor at the University of Texas School of Law; and Brookings Institution fellow Benjamin Wittes, the national security website has become a go-to source for timely expertise on a host of related legal issues, from surveillance and cybersecurity to interrogation and war powers.

Though its masthead is stocked with seasoned legal firepower from across the country, two of Lawfare’s most widely discussed stories in the past few months — an exhaustive analysis of the so-called Steele dossier and a look at efforts to obstruct justice during Watergate — were co-authored by Sarah Grant, a highly accomplished yet stunningly modest third-year at HLS.

Grant has a longstanding interest in national security and said the opportunity to write for the blog was “a consideration” when she decided to come to the Law School. In addition to writing, she leads Lawfare’s small team of student contributors, mostly HLS students, following the collateral litigation arising from various U.S. military commissions, such as the 9/11 Commission, which still has three active cases involving Guantanamo detainees.

With Chuck Rosenberg, M.P.P. ’85, a former federal prosecutor who worked for Mueller and former FBI director James Comey, Grant pored through publicly available legal records to evaluate the accuracy of the bombshell report compiled by former MI6 Russia expert Christopher Steele for the first story. For the Watergate piece, Grant, who was not yet born at the time of the scandal, worked with former FBI general counsel James A. Baker, part of Comey’s inner circle at the start of the bureau’s criminal counterintelligence investigation and now a lecturer at HLS, to examine what the report by special prosecutor Leon Jaworski — declassified in October and often called the “Watergate road map” — reveals about President Richard Nixon’s attempts to gain improper access to information about his own legal jeopardy during the Department of Justice’s investigation. Like many other seeming Nixonian parallels, it’s a scenario many critics contend Trump recreated in his appointment of an unqualified, sympathetic ally, in former acting Attorney General Matt Whitaker.

In many ways, the Mueller investigation’s triangulation of intelligence, national security, and the law neatly encapsulates a concern Grant has been “torn” over: the tension between protecting national security and operating with enough transparency that citizens understand and trust what the intelligence community and federal law enforcement organizations say occurred did, in fact, happen.

“When you have leaks out of the CIA or the NSA [National Security Agency] or wherever else because you have a lot of individuals who see that, in some cases, the administration has been misrepresenting the facts or what law enforcement agencies are doing, there’s one instinct to say ‘No, this is real. We have information. We are not making this up. This is not a witch hunt. The intelligence agencies are doing their job.’ That has public messaging value,” said Grant, who also co-edits the HLS National Security Law Journal.

But those leaks are often unlawful and may come at a steep national security and human cost. Between Election Day in November 2016 and the Steele dossier’s publication in early January 2017, for instance, several high-level Russian diplomats and government and military officials suddenly died or went missing.

A graduate of the U.S. Naval Academy, Grant spent a year at the University of Cambridge studying for a master’s degree in international relations and got an “eye-opening” tutorial in the complexities of the U.S. role in global affairs from her classmates.

“It was just really nice to learn from Americans who had come from a wide variety of backgrounds and international students who had very different perspectives on international relations and foreign affairs” than the views offered at the Naval Academy, said Grant. “To be in class and to be constantly faced with the challenge of reassessing my own assumptions and reassessing the things that I thought were unequivocal ‘goods’ that aren’t in every case, that was just a great experience all around,” she said.

After Cambridge, Grant joined the U.S. Marine Corps, in part because of the leadership training and intelligence career potential it offered and in part because many of the folks on campus she most admired and saw as good role models were Marines. She spent four years on active duty stationed in Okinawa, Japan, in a noncombat role, doing intelligence and humanitarian work, then completed two at-sea deployments, in East Asia and South Asia, before moving on to the Law School.

While national security is certainly in her future, Grant is not yet sure where it will be. She’s mulling over several paths at present — litigation, working in the Department of Justice as a federal prosecutor, or perhaps elsewhere in the Executive branch or Congress doing national-security policy.

After graduation from HLS in May, she’ll take the D.C. bar exam in July and then spend a year clerking for Chief Justice Diane Wood of the 7th Circuit U.S. Court of Appeals in Chicago. The following year she’ll clerk for Judge Katherine P. Failla in the U.S. District Court for the Southern District of New York (SDNY). 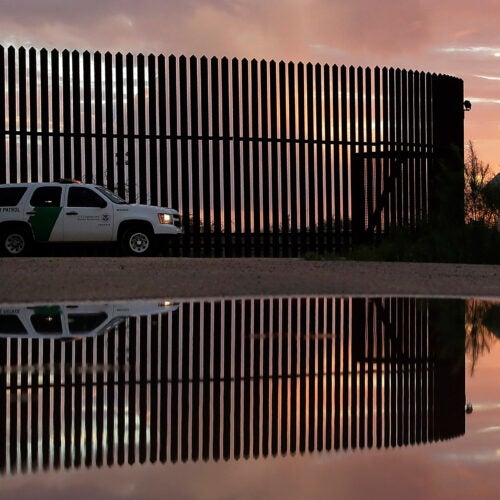 Trump may be able to build it, Harvard analysts say, but then the ripples will widen 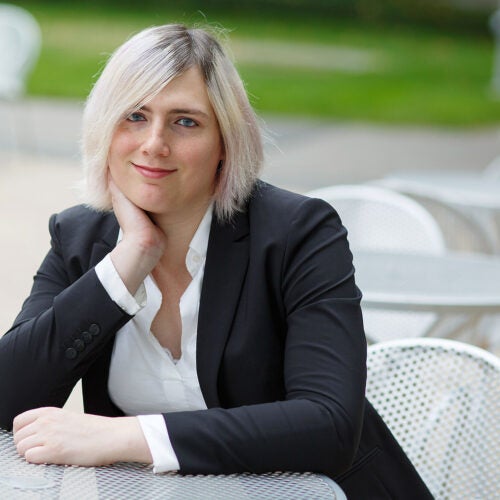 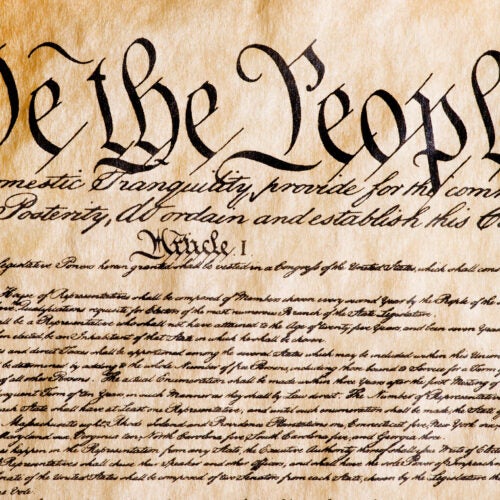 Are there holes in the Constitution?

Grant’s military service prompted a particular interest the legal challenges to the Trump administration’s ban on transgender people in the military. Despite statements to the contrary from the service chiefs of the five military branches, President Trump said the ban was necessary, citing costs and harm to military cohesion and readiness.

On Wednesday, the Defense Department approved a new policy that states that currently serving transgender troops and anyone who has signed an enlistment contract by April 12 may continue with plans for hormone treatments or other health care related to their transition if they have been diagnosed with gender dysphoria.

“The ‘threat to readiness’ asserted by the government is overblown,” said Grant, now on reserve duty. “I just really don’t think it’s a problem.”

She said friends in the military who transitioned while in the service and others who hope to are “rightly unsettled right now” because of the ban, announced in July of 2017.

“If the argument is on how great of an impact it is and you have the military saying, ‘Well, it’s just not that many people’ — OK, but for those people, it is everything!” she said. “We need everyone who wants to serve, to serve.”