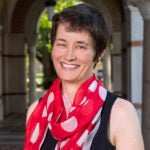 The Andrew Carnegie Fellows Program marked its fifth year with the announcement of the 2019 class of fellows, comprised of 32 scholars, including Raj Chetty, the William A. Ackman Professor of Public Economics, and Michèle Lamont, professor of sociology and African and African American Studies and the Robert I. Goldman Professor of European Studies. Each recipient of the so-called “Brainy Award” will receive a grant of up to $200,000, making it possible for him or her to devote significant time to research, writing, and publishing in the humanities and social sciences — work that will benefit all of us.

“I’m delighted and honored to have been chosen as a recipient of the Carnegie fellowship,” Chetty wrote in an email. “I intend to use the fellowship to dedicate more time to our team’s work on restoring the American dream at [the research policy institute] Opportunity Insights, focusing specifically on how we can improve children’s opportunities in communities that currently offer limited prospects for upward income mobility.”

Lamont, who is also director of the Weatherhead Center, said the fellowship will make her life “a thousand times simpler.” She plans to spend a year at the Russell Sage Foundation in New York writing a book “trying to make sense of the current moment through the framework through which people understand their value and that of others.” The American dream is no longer working for any group, she said, from the working poor to the upper-middle class, and “we’re now facing a crisis in the way people imagine hope.”

“The dignity of working people and themes of ordinary universalism are not in the public discourse today, leaving room for racist and exclusionary arguments” she said. “We need to invent a new definition of the American dream that takes into account diverse ways to measure our worth as human beings.” The fellowship, she said, will allow her to hire a research assistant and to do more on-the-ground research. “It’s a particularly great honor because very few people are chosen to get this,” she said. “Who wouldn’t be happy to have this fellowship?”

The program is the most generous initiative of its kind, providing $32 million in grants to more than 160 fellows since 2015. Its overall objective is to offer fresh perspectives on the humanities and solutions to today’s most urgent issues. Among the other project topics: how targeted ads interfere with elections; the application of Confucian ethics to the moral problems posed by robots; examining cultural identity and the natural world through the history of the bald eagle; how the impact excessive punishment of black women and girls impacts on our democracy; and the lasting environmental impact of the Vietnam War.

“Andrew Carnegie believed in education and understood its influence on the progress of society and mankind. The Andrew Carnegie Fellows Program is an integral part of carrying out the mission he set for our organization,” said Vartan Gregorian, president of Carnegie Corporation of New York and president emeritus of Brown University. “Over the past five years, we at Carnegie have been very impressed by the quality, range, and reach of our fellows’ work. This year is no exception. We salute this year’s class and all of the applicants for demonstrating the vitality of American higher education and scholarship.”

Gregorian noted that the fellows program includes a balance of emerging and established scholars from colleges and universities across the country. In this year’s class, 15 of the 32 fellows are from public institutions, including the U.S. Naval Academy, and half are women.

A panel of 16 distinguished jurors chose the fellows based on the quality, originality, and potential impact of their proposals, as well as each scholar’s capacity to communicate his or her findings to a broad audience. The jurors are all scholars and intellectual leaders from some of the world’s leading educational institutions, foundations, and scholarly societies, and six are either current or former university presidents.

“For five years, it’s been my honor to chair the insightful panel of jurors who review the outstanding proposals submitted by our forward-thinking nominees, and once again, the candidates showed exceptional diversity of thought and academic rigor,” said Susan Hockfield, chair of the Andrew Carnegie Fellows Program jury and president emerita of the Massachusetts Institute of Technology. “I think of the fellows as an investment in our future, and speaking as a neuroscientist, they remind me that science and technology must be accompanied by a broader understanding of the human condition, history, economics, and the many fields of study that form the social sciences and humanities.”

The Andrew Carnegie Fellows Program is a continuation of the corporation’s 100-plus-year history of promoting the advancement and diffusion of knowledge and understanding by supporting the work of a host of institutions, causes, organizations, and individual scholars.

Each year as part of the nominating process, the heads of more than 600 institutions, representing universities, think tanks, publishers, and nonprofit organizations nationwide, are invited to nominate up to two individuals each for the fellowships. For 2019, the corporation received a total of 273 nominations. Each underwent a preliminary anonymous evaluation by national experts in the relevant fields. The top proposals were then forwarded to the members of the jury for review and the final selection of the class of 2019. The award is for a period of up to two years and its anticipated result is a book or major study. 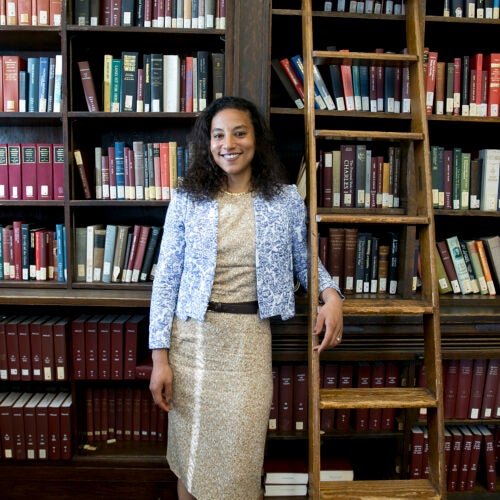 Hinton among 31 recognized with prestigious honor