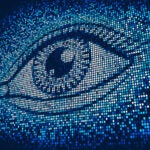 “I couldn’t find a hospital that would tell me what kind of illness I had,” says a former patient in the film “Bending the Arc.” “The only thing they did was prepare my will and my coffin.” A grainy still shows the speaker with pleading eyes and a skeletal frame, then a shot of him being carried on a stretcher into a small clinic in Haiti in the 1980s cuts to the same man today — gray-haired, robust, smiling, and talking about the trio of physicians who saved his life.

It is just one of many dramatic stories in “Bending the Arc,” the award-winning 2017 film presented at the inaugural Harvard Business School (HBS) Documentary Night in Klarman Hall on Wednesday, along with a panel discussion featuring Paul Farmer, the Kolokotrones University Professor of Global Health and Social Medicine and head of Harvard Medical School’s Department of Global Health and Social Medicine, and Ophelia Dahl, both co-founders, with physician and anthropologist Jim Yong Kim, of the NGO Partners In Health, which now works in 10 countries around the world to build capacity and strengthen health systems. Because of them, the man says later in the film, “I am alive today.

“The mission of Harvard Business School is to educate leaders who make a difference in the world,” said HBS Dean Nitin Nohria. “If you think about Paul Farmer and Ophelia Dahl and what they’ve done with Partners In Health, you could not think of more inspiring examples. We hope that through this film, and events like this, we can inspire another generation of people to think about the most challenging problems in the world and how they might exercise their leadership to make a difference.”

The event marked a new series conceived to inspire the HBS community through the medium of film. “Film holds an extraordinary ability to develop empathy, of which the world is in deep and desperate need,” said Nohria. “This is an experiment of inspiration, of empathy, of giving people an opportunity to meet and experience leaders who we think truly are examples we can all learn from.”

David Fialkow, one of the executive producers of “Bending the Arc” and co-founder of the venture capital firm General Catalyst, introduced the trailer and discussed the innovative distribution method pioneered by his wife and co-producer, Nina Fialkow.

“Nina said to me, ‘Anybody can sell a movie to Netflix or another company,’” he recalled. “‘Let’s do something epic. If we self-distribute it, it could be a platform for philanthropic giving, and Partners In Health could benefit.’” The resulting screenings, held in homes and schools, have raised more than $20 million for the organization.

Following the trailer, Michelle A. Williams, dean of the Harvard T.H. Chan School of Public Health, introduced the evening’s guest panelists, Farmer and Dahl, and offered context for the 20-minute film clip.

“Three young individuals created Partners In Health with the mission of bringing the benefits of modern medical science to those most in need of them, and for that delivery to serve as the antidote to despair,” said Williams. “When others had to be encouraged and implored to care for HIV-AIDS patients, three young individuals, barely completing their training, were running toward helping those in need.”

The clip told the moving story of those first several years, beginning with Farmer, about to enter Harvard Medical School, meeting Wellesley College-bound Dahl, daughter of actress Patricia Neal and noted children’s book author Roald Dahl, on a 1983 volunteer trip working with the poor in Haiti. Over the next several years, Farmer, Dahl, and Kim, a classmate of Farmer at Harvard Medical School, traveled to Haiti on weekends and breaks, delivering medicine and eventually establishing a small clinic and a network of community health workers in Cange.

The film then follows the team’s move to Peru, where they discovered an outbreak of multiple drug-resistant tuberculosis (MDR-TB) in an overwhelmingly poor population. Organizations such as the World Bank and the World Health Organization argued that poor populations could never adhere to a strict medical protocol, but through persistence, data, and activism, the partners succeeded. The clip ends with a moving shot of Kim witnessing the transformation of another near-death patient into a healthy, resilient man.

“The mission of Harvard Business School is to educate leaders who make a difference in the world. If you think about Paul Farmer and Ophelia Dahl and what they’ve done with Partners In Health, you could not think of more inspiring examples.”
— Nitin Nohria, HBS dean

Following the clip, Farmer, Dahl, Williams, and Nohria had a wide-ranging discussion about the meaning of partnership, the organization’s fight for hope against skepticism, the qualities important to leadership, and the value and limits of data.

“It’s difficult,” Farmer said about coping with skepticism in the face of overwhelming data. “It’s uncomfortable.

“I’m less afraid of Ebola than I am of arguments,” he added with a laugh.

“There is no question that the data we’re amassing today is important,” Dahl said, “but it doesn’t necessarily sway people. We need to emphasize the collection of data and the ability to translate that to narratives that are persuasive.”

Responding to a query from Nohria, Dahl said the leadership quality he looks first for is “The ability to love complexity. Most of the people who join us in this work are enthusiastic, smart, and have a ton of resources available to them. But people can get incredibly flummoxed when they get in this murky mire, and the people who really succeed are those who say, ‘Bring it on, let’s do this,’ and who have the versatility and nuance to navigate the complexity.”

Describing their current efforts to bring a biocontainment unit to Lima and fight tuberculosis outbreaks in India, Farmer quickly pointed out that there is still an overwhelming amount of work to be done. “We have new, better-tolerated drugs and more resources, but these are still huge problems,” he said. Linking the ongoing struggle with leadership qualities, he added that the ability to stick with problems was critical. “It’s frightening. These diseases are communicable and lethal, and it’s a long, long time from discovery to delivery. How are you going to go all that way?”

The panel then took questions from the audience, ranging from how Farmer and Dahl structure narratives to sway skeptics (become allies, know which battles to fight, and keep working on it) to how they balance health and dignity with the cost of delivery (education and basic care make economic sense) to the potential problem of disease dissemination from the refugee crisis (there is a strong, often unheard network of citizens in receiving countries working toward vaccinations and preventive care).

Nohria concluded the evening by thanking the panelists for their time and vital work, and invited the crowd to the evening’s reception in the Spangler Center. “We hope that this conversation will inspire everybody in this room to find their own way of making this world more healthy,” he said. 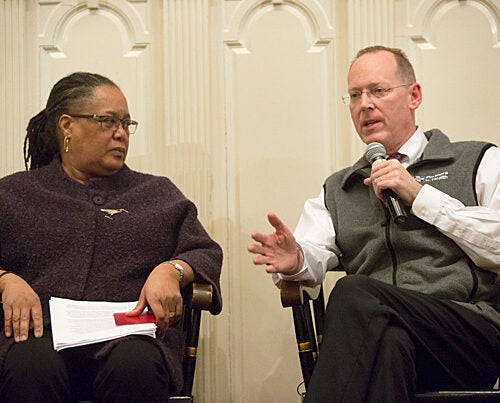 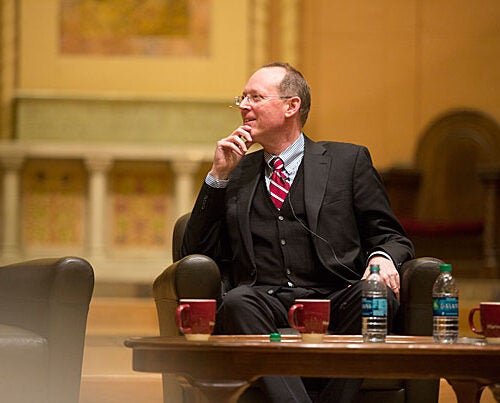 A faith in global care 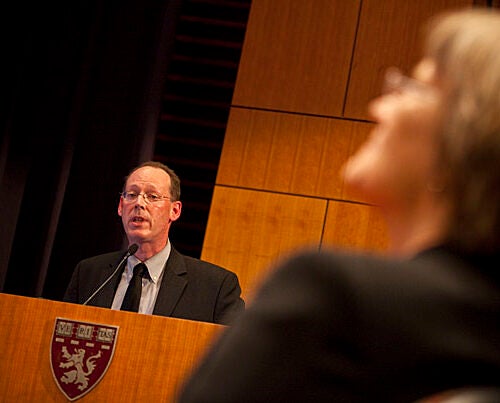