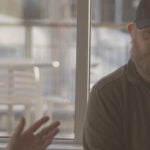 Health care spending among the Medicare population age 65 and older has slowed dramatically since 2005, and as much as half of that reduction can be attributed to reduced spending on cardiovascular disease, a new Harvard study says.

Led by David Cutler, the Otto Eckstein Professor of Applied Economics, a team of researchers found that by 2012 those reductions saved the average person nearly $3,000 a year. Across the entire elderly population, those savings add up to a whopping $120 billion, with about half of those savings coming from Medicare. The study is described in a Feb. 4 paper published in Health Affairs.

“This is the first time, to my knowledge, anyone has shown that some forms of medical care can save money,” Cutler said. “You see that claim all the time. But in terms of widespread preventive care saving money … we’ve never had that example before.”

And though it can make intuitive sense that if you prevent people from falling ill, they’ll spend less on health care, the view among many economists was the opposite.

“The received wisdom has been that prevention doesn’t save money, it only saves lives,” Cutler said. “Of course that’s something we want to do. But the argument was that you shouldn’t expect your prevention to save you money.”

Part of the reason why, he said, can be boiled down to simple numbers. Prevention programs must include huge numbers of people to be effective, making them expensive, and there is no guarantee they will work. As an example, Cutler pointed to smoking cessation.

“If you stop smoking and then you don’t have a heart attack, you save the money you’d spend on treating the heart attack,” he said. “But the argument has been that, because very few people will manage to stop smoking, you have to intervene with a lot of people, so the number you need to treat is large. And then the second reason is that maybe you don’t die of a heart attack, but you’re going to die of something, and that will still be expensive … so it’s largely a wash.”

“When we looked at the trend in per-capita spending by the elderly, in 2005 is where we began to see the increases slowing,” Cutler said. “And a large part of that is due to cardiovascular health, because what used to disable people were heart disease and strokes, and those have declined immensely … so about half of the decline we saw was related to cardiovascular issues.”

By 2012, Cutler said, the slowdown in health care spending was beginning to add up.

“It was almost $2,900 a year, per person — that’s a lot of money,” he said. “Toward the end of Obama’s first term, you may recall that there was a great deal of talk about debt reduction. But when a deal didn’t get made, the issue just faded away. One reason why is because Medicare costs came in less rapidly than we thought … and this study shows one reason why.”

Deciphering what was behind the slowdown in health care spending was not easy.

“There were three main technical challenges in this paper,” Cutler said. “The hardest one, where we spent the most time, was in trying to de-compose the spending by disease. That turns out to be very difficult because if someone goes to the doctor for a cardiovascular condition, but they also have a history of mental illness, how do you separate the spending on those items?”

The solution, Cutler said, came when he and colleagues compared a random sample of billing records of people with similar diagnoses.

“We did an analysis of everyone who has X, we compared them to people who look just like them, but they don’t have X,” Cutler said. “And then we can ask how much more did people with X spend?”

The next challenge, Cutler said, came in teasing apart how much of the spending slowdown was due to fewer cases of cardiovascular disease and how much to each case simply costing less. What researchers found was that there were both fewer first-time illnesses and fewer cases where a patient had a problem, like a heart attack, and later experienced additional problems.

Finally, Cutler said, the team faced the challenge of gauging the impact of medications on spending. To do that, he said, they created a combined measure of how various drugs lower the risk for cardiovascular disease. When the team compared the predicted drop in disease to the actual drop, it found about half of the dip could be attributed to medications.

While the study found that significant cost savings came from improvements in cardiovascular health, Cutler said there is still room for improvement.

Going forward, Cutler hopes to expand the study to include the near-elderly, in an effort to understand how earlier intervention can reduce health care spending.

“There’s no reason to think this would be limited to the elderly,” he said. “And in fact, getting people who are 58 now to take medications could save Medicare a lot of money because they will be healthier when they enter that population.”

Ultimately, Cutler said, the study provides important evidence that preventive care not only can help people live healthier lives for longer, but also can have a positive impact on their pocketbooks.

“For the first time, we can see savings from it, which is very gratifying, because very often when you think about saving money in medical care, it brings up unpleasant topics, like who should be rationed from chemotherapy or which services are not necessary,” he said. “We’ve always known in principle that if people are healthy, you wouldn’t need to spend money on them … but no one ever had a way to show it. That’s what makes me particularly excited about this.”

This research was supported with funding from the National Institute on Aging. 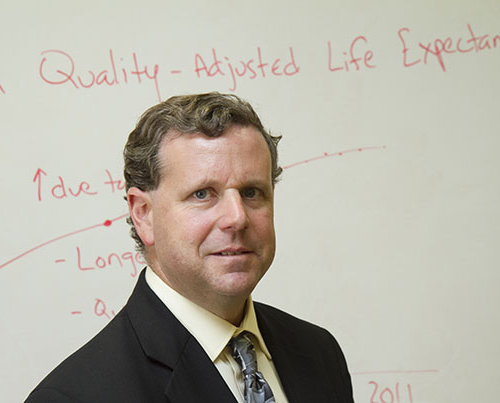 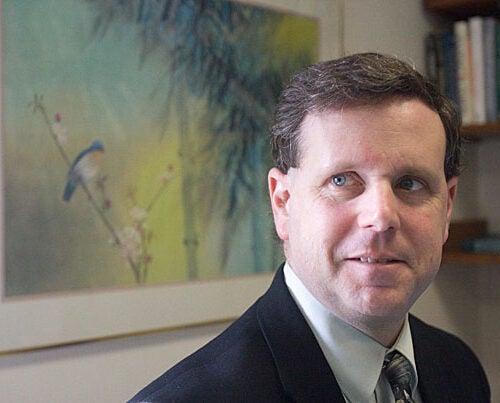 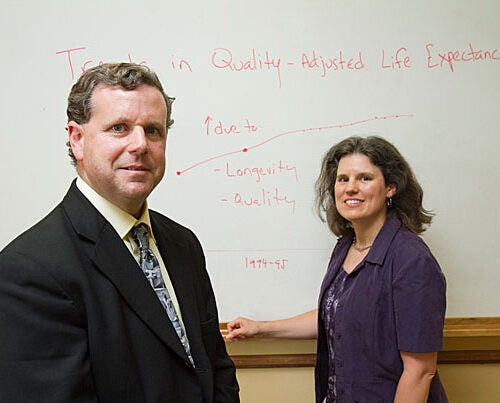