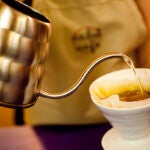 This is what many people imagine old age looks like in America — a painful, years-long battle with debilitating disease, marked by a gradual loss of the ability to care for yourself, repeated stays in hospitals, and a crippling price tag.

For an increasing number of people, however, that’s not the reality, says David Cutler, the Otto Eckstein Professor of Applied Economics.

Based on data collected between 1991 and 2009 from nearly 90,000 responses to the Medicare Current Beneficiary Survey (MCBS), Cutler says he has found that, even as life expectancy has increased over the past two decades, people have become increasingly healthy later in life. He worked on the findings with Mary Beth Landrum of Harvard Medical School and Kaushik Ghosh of the National Bureau of Economic Research.

“With the exception of the year or two just before death, people are healthier than they used to be,” Cutler said. “Effectively, the period of time in which we’re in poor health is being compressed until just before the end of life. So where we used to see people who are very, very sick for the final six or seven years of their life, that’s now far less common.  People are living to older ages and we are adding healthy years, not debilitated ones.”

To understand whether people were becoming healthier, Cutler first had to answer a question that seemed unanswerable: How far are people from death?

“There are two basic scenarios that people have proposed about the end of life,” he said. “The first argues that what medical science is doing is turning us into light bulbs — that is, we work well until suddenly we die. This is also called the rectangularization of the life curve, and what it says is that we’re going to have a fairly high quality of life until the very end.

“The other idea says life is a series of strokes, and medical care has simply gotten better at saving us,” he continued. “So we can live longer because we’ve prevented death, but those years are not in very good health, and they are very expensive — we’re going to be in wheelchairs, in and out of hospitals and in nursing homes.”

Different studies have produced competing results. One reason for the confusion, Cutler suggested, is that such efforts are simply looking at the wrong end of someone’s life.

“Most of our surveys measure health at different ages, and then use a model to estimate how long people have to live,” he said.  “But the right way to do this is to measure health backwards from death, not forwards. We should start when someone dies, then go back a year and measure their health, then go back two years, three years, and so on.”

The MCBS allows researchers to do just that, Cutler said, by linking survey responses to participants’ Medicare records for the rest of their life, meaning researchers can calculate — in some cases, to the day — exactly how far participants were from death when they answered the survey.

By comparing that data with survey responses on how well people were able to care for themselves — whether they were able to walk, cook, clean, bathe, dress, and manage money — Cutler was able to determine how healthy people were relative to how near or far they were from dying.

Going forward, Cutler hopes to unravel the reasons why some conditions are now less debilitating than in the past. Part of the change, he said, will certainly be chalked up to increased access and improvements to care, but there are a host of other factors that make answering the question “very, very difficult.”

“There seems to be a clear relationship between some conditions that are no longer as debilitating as they once were and areas of improvement in medicine,” he said. “The most obvious is cardiovascular disease — there are many fewer heart attacks today than there used to be, because people are now taking cholesterol-lowering drugs, and recovery is much better from heart attacks and strokes than it used to be. A person who suffered a stroke used to be totally disabled, but now many will survive and live reasonable lives. People also rebound quite well from heart attacks.”

What’s more, he said, as standards of care have improved, so too has the public’s knowledge of healthier living.

“People are much better educated about their health now,” Cutler said. “People are taking steps to help prevent long-term cognitive decline. We don’t have any way yet to slow down something like Alzheimer’s or Parkinson’s, but there is a lot we can do for other health problems.”

The research was sponsored by the National Institute on Aging.