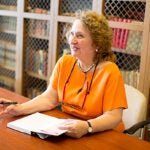 Average Americans today can look forward to two more years of healthy life than they could have just a generation ago, Harvard researchers have found.

By synthesizing the data collected in government-sponsored health surveys conducted over recent decades, Susan Stewart, a researcher at the National Bureau of Economic Research, David Cutler, the Otto Eckstein Professor of Applied Economics and professor in the Harvard Department of Global Health and Population, and Allison Rosen, associate professor of quantitative health sciences at the University of Massachusetts Medical School, were able to measure how the quality-adjusted life expectancy (QALE) of Americans has changed over time. The study’s findings are described in a paper published today in the American Journal of Public Health.

“What we’re talking about in this study is not simply life expectancy, but quality-adjusted life expectancy,” Stewart explained. “Many studies have measured this in different ways, but this is really the first time we’ve been able to measure it in the entire U.S. population using such a rich measure over a long period.”

For the most part, the news is good. The study shows that Americans are healthier than ever. The data show people living longer and reporting more energy, less depression and anxious moods, and less impairment in everyday tasks like walking and caring for themselves. All of the groups examined — blacks, whites, females, and males — showed improved quality-adjusted life expectancy.

The health improvements were, however, more concentrated among the elderly. Younger people did not show the same declines in walking problems and pain, the study found, and there was an increase in anxious mood among young and middle-aged people in the 2000s.

“Ironically, many of the clearest gains have come at older ages, where people were once disabled by things like vision problems and cardiovascular disease,” Cutler said. “Those conditions today are far more treatable than they were in the past, so what we’re left with at the very oldest ages are things like Alzheimer’s and dementia, while at younger ages we’re seeing problems that appear to be related to a sedentary lifestyle.”

“Some of the improvements are almost certainly the result of health care improvements,” he added. “There are a number of conditions, such as heart disease, that used to be very, very impairing. It used to be that after a severe heart attack, people would essentially be bed-ridden, or they would wind up in nursing homes. We’re not seeing that very much anymore.”

What has taken the place of cardiovascular disease, Cutler said, are chronic, degenerative conditions, like Alzheimer’s, that remain largely untreatable.

“We’re coming to where those are the dominant health issues reported for the elderly, rather than heart disease or stroke-related impairment,” he said.

To capture this long-term snapshot of the nation’s health, Stewart, Cutler, and Rosen took on a daunting challenge that had stymied researchers.

“No one has been able to fully get their hands around this question,” Cutler explained. “There are many examples in the literature where a study looks at some aspects of health in a segment of the population, but there has not been consistent detailed health tracking over time.

“What we’re trying to do is measure health beyond the simple measure of life expectancy, so what we set out to measure was health-related quality of life,” he added. “But historically that’s been very difficult to measure because there are so many dimensions to it. There’s the physical and the mental, but there are also aspects like energy, vitality, and pain. To try to bring all those together in a single number is challenging.”

Beginning with national surveys that asked Americans about their health in various ways over the last 21 years, the researchers identified areas where studies overlapped, allowing them to build a single, large data set that represented the entire population over more than two decades.

“We felt that there is all this data out there, let’s try to make the maximum use of the information the federal government has already paid to collect,” Stewart said. “There have been many calls for some sort of consistent way to measure quality-adjusted life expectancy over time. That’s the major methodological contribution of this paper.”

While the study offers interesting insights into the past performance and current state of the health care system, Cutler said its value will increase in the next few years when a number of provisions of the Affordable Care Act (ACA), including the individual health care mandate, take effect.

“Part of the reason we want to do this type of study is because we need to know what’s happening to the health of the population,” he said. “That information is valuable in and of itself, but it’s also important that we have a baseline that we can use to measure whether and how things change once the ACA goes into effect.”

In some ways, Cutler said, the study parallels the work of Harvard economist Simon Kuznets, who constructed national income accounts through 1930s and ’40s. Though not perfect, the measure of gross domestic product is a vital tool that provides an understanding of how the economy is doing; it offers researchers a window through which they can study a host of important questions related to the national economy.

Cutler said he wanted a comprehensive study of QALE that would do the same for the health care system.

“It’s laying the foundation for allowing us to determine how to get more of what we want from the health care system,” he said. “It gives us a window into something we were never able to see — until now.”

“The ultimate output of the system should be health,” Stewart said. “But we didn’t have a mechanism for measuring the output of the health system. That was our ultimate goal in doing this. We weren’t trying to come up with yet another health measure, because there are already so many out there. We were trying to maximize our use of the existing data to enable measurement of whether the system is delivering health.”