A spirited defense of NATO as bulwark 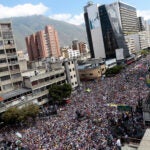 Molded from the ashes of World War II, NATO has proven to be a successful defensive and geopolitical partnership among the European Union, the U.S., and Canada for almost 70 years.

NATO forces came to the aid of the U.S. after the 9/11 attacks, and they are a line of defense against conventional and nuclear attacks for millions of citizens from Turkey to Iceland. In addition, NATO allows the U.S. to operate strategically important military bases deep inside Europe.

But President Trump has long been a vocal critic of the 29-member alliance, questioning its continuing relevance and complaining that the U.S. has shouldered too large a share of NATO’s budget compared with well-off nations like Germany. He has reportedly mused privately about leaving the alliance.

Sensing that NATO’s role as an enduring multinational defense alliance may be slipping toward “crisis,” two Harvard affiliates and former U.S. ambassadors to NATO, Nicholas Burns and Douglas Lute, say they want to “ring the alarm” about the difficulties they believe pose a grave danger to NATO at a time when the public also seems to be underestimating its importance.

In a report published Thursday as part of the Project on Europe and the Transatlantic Relationship at Harvard Kennedy School (HKS), which Burns directs, the pair identify 10 challenges from both outside and inside NATO that they believe should be addressed. Among them are: restoring NATO’s defensive capabilities and strength after decades of underinvestment; holding NATO members to the democratic values spelled out in the treaty’s opening lines; containing Russian leader Vladimir Putin’s efforts at expansionism through hybrid warfare; ending the war in Afghanistan; and strategically confronting China’s growing military, economic, and political clout in Europe.

“This may be one of the most difficult set of challenges the alliance has ever faced,” said Burns, the Roy and Barbara Goodman Family Professor of the Practice of Diplomacy and International Relations at HKS.

In preparing the report, Lute and Burns spoke with dozens of senior American and European officials, including former U.S. Secretaries of State Madeleine Albright and Colin Powell. Though they didn’t agree on the specific issues NATO needs to address, Burns said there is universal consensus that President Trump is “NATO’s leading problem.”

“NATO has had the benefit of always having its leader believe in NATO. Every American president of both parties since [Harry] Truman” has supported and believed in the vital mission of NATO, said Burns, “until President Trump.”

“This is the most successful alliance the United States has ever had in our history,” he said. “[Trump is] forsaking our most important alliance.”

Burns, a longtime diplomat stationed in Europe, became the U.S. ambassador to NATO just 12 days before the 9/11 attacks. That event triggered NATO’s first-ever invocation of the Article 5 joint defense agreement and prompted its ongoing involvement in the Afghanistan and Iraq wars. Lute, a retired U.S. Army lieutenant general, held senior national security roles in both the George W. Bush and Barack Obama administrations before his stint as NATO ambassador from 2013 to 2017.

The two men will present the 55-page report on Friday in Germany at the Munich Security Conference, a high-wattage global gathering that discusses international security issues. The pair will discuss the report with NATO officials and reporters and meet with members of Congress attending the conference.

Since his 2016 presidential campaign began, Trump has criticized NATO. He has declined to reaffirm U.S. commitment to Article 5, something that deeply concerns the report’s authors.

“Article 5 is the central glue that binds” NATO, said Burns. “This is the first American president to say ‘I’m not sure I believe in this.’ That’s an existential threat.”

A U.S. pullout from NATO would be “an historic win” for Putin, but “I don’t think we’ll get there,” said Lute, a senior fellow in the Future of Diplomacy Project at HKS. “I don’t actually fear Russian tanks rolling into a NATO ally. What I fear is Putin feeling that he has an open door for political subversion, election interference, energy intimidation, [and] disinformation campaigns inside our NATO democracies, which can erode NATO from within.”

Since he thinks Trump is unlikely to change his views on NATO, Lute said that other influential players, including Congress, need to take practical steps to “buffer the alliance from President’s Trump’s worst ambitions,” such as pulling out of the alliance or cutting off funds.

Two bills currently on Capitol Hill have a “very good” chance of passing, said Burns, who testified before the Senate Foreign Relations Committee last September on the subject. He said he got little pushback from Senate Republicans when he stated he thought Trump’s stance posed a threat to NATO. Though some international legal questions about Congress’ authority to halt a withdrawal remain unsettled, Burns said, “We believe that Congress must, in effect, block the president from harming NATO.”

The report also urges NATO take a hard look at the governments of Hungary, Poland, and Turkey, as well as the rising authoritarian impulses in other European countries. Chastising or even sanctioning member states that do not uphold the treaty’s foundational principles of democracy, individual liberty, and the rule of law would send an important signal to prevent the “cancer” of anti-democratic thinking from spreading. Lute and Burns said that idea is unlikely to be well-received, but it is “the right thing to do.”

“I think the lesson that [Franklin Delano Roosevelt], Truman, [Dean] Acheson, [George C.] Marshall — the people who created the postwar world dominated by the United States — the lesson they learned from the First World War … was it was the failure to join the League of Nations in 1920, the fact that we weren’t there to oppose Hitler and Mussolini, that brought the Second World War on, in part. And we’re never going to make that mistake again,” said Burns.

“And their insight was, ‘You can’t defend America in the 20th century unless you’re in Europe, in Asia, deployed forward.’ And that is an unassailable truth about 2019. You can’t defend America if you just shrink back into the country and build up the walls and pull up the drawbridges,” he said. NATO “is in our interest. It’s not just a do-good thing.” 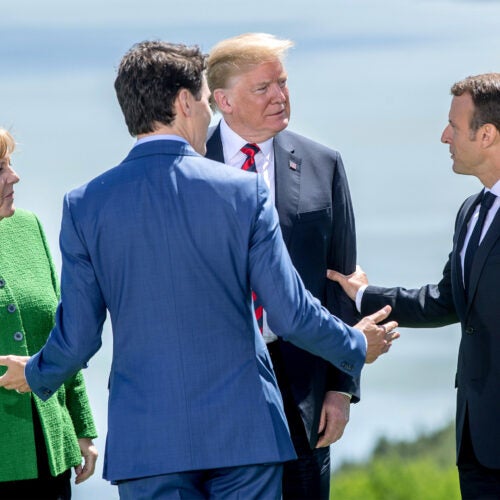 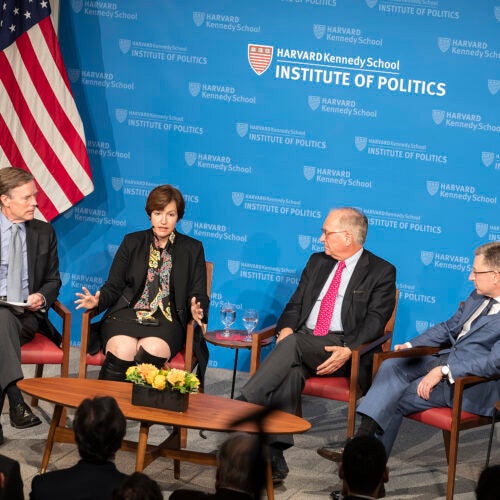 U.S. questioning of longtime ally may be leading to productive shifts, diplomats say