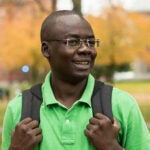 In the wake of Europe’s devastation in World War II, the close-knit relationship between the democracies of Western Europe and the U.S. has been so resolute, so foundational, that it became the dominant narrative of the liberal world order. The partnership has had its ups and downs — such as over the Vietnam War, and conflicts in Iraq and Afghanistan — yet its importance and relevance was never in doubt.

But now, as the U.S. and its allies prepare to meet in Brussels on July 11-12 for a summit of the North Atlantic Treaty Organization (NATO),  that bedrock bond seems increasingly shaky.

Since President Trump took office, he has repeatedly questioned NATO’s value and spoken in lukewarm terms about U.S. defense obligations there. In recent weeks, he has threatened to impose stiff tariffs on European imports, saying the European Union (EU) was set up to “take advantage” of the U.S. President Trump reportedly urged French President Emmanuel Macron to pull France out of the union, dangling a favorable bilateral trade deal as incentive. He has spoken dismissively of German leader Angela Merkel, Europe’s most powerful head of state, while praising Russian President Vladimir Putin, viewed widely as an existential threat to Eastern Europe and NATO.

“I think there’s a pervasive sense in Europe … that this administration is drifting away from this rock-solid alliance that we’ve had for seven decades,” said Nicholas Burns, the Roy and Barbara Goodman Family Professor of the Practice of Diplomacy and International Relations at Harvard Kennedy School (HKS). Cathryn Clüver Ashbrook, M.P.A. ’10, who is from Germany and has studied and worked in European politics, agrees. Europeans are “nervous and anxious in a way that I haven’t perceived since the Cold War, because the maneuvers of the administration in Washington are making Europeans’ heads spin, and it deprives Europeans of a sense of stability that allows them to do other work,” she said.

To help ease these tensions and expand an area of teaching and research, Burns and Clüver Ashbrook are overseeing a new academic program designed to further students’ understanding of the U.S.-Europe relationship and encourage them to dive into practical public policy issues and challenges in that arena.

The Project on Europe and the Transatlantic Relationship will dig into economics and trade issues; security policy, including cyber issues and threats; the challenges facing democracy, such as the surge of nationalist movements, terrorism, and transnational organized crime; and diplomacy as a tool for global problem-solving and peacekeeping. The program also will look at the role of regional players, including Russia, Ukraine, and former states of the Soviet Union.

Students and faculty will focus on and try to work through big-picture questions about the vitality of democracy on both continents, taking on such concerns as what to do about immigration; Britain’s pending departure from the EU; the surge of well-financed populist political candidates; the viability of political, economic, and legal institutions in the EU and the U.S., including a free press and the internet; and how to address Putin’s relentless attacks on their democracies.

“What is the West today; what does the West really mean; what is the life in what we define as our Western values — are we actually still talking about the same things? And what should define this relationship for the 21th century?” asked Clüver Ashbrook, the project’s executive director. She and Burns, its faculty director, will continue to run the popular Future of Diplomacy Project at HKS.

The Europe project leadership team includes Karl Kaiser, co-chair of the European Union seminar at the Center for European Studies at Harvard and a former director of the German Council on Foreign Relations, and Manuel Muñiz, dean of the IE School of International Relations in Spain and senior associate of the Trans-Atlantic Relations Initiative at HKS.

In early July, the project will co-host a three-day conference in Spain with the IE School to discuss the current concerns confronting the trans-Atlantic relationship. The conference, which will feature Harvard faculty along with European policymakers and practitioners, is planned to become an annual event.

In the fall, the project will begin offering three courses on Europe each academic year. Once a permanent faculty chair dedicated to European teaching and research is established, the slate of courses will expand. Each semester, fellows will lead intensive study groups on challenges or issues, and former European public-service figures will visit to debrief students about their experiences and weigh in on critical debates.

Next year, Burns and former NATO Ambassador Douglas Lute plan to conduct a study reimagining NATO to coincide with the alliance’s 70th anniversary and to organize conferences in Cambridge and Paris to mark the centennial of the Treaty of Versailles.

With many senior officials having left the State Department since 2016, Burns, a former U.S. ambassador to NATO and Greece who spent 27 years as a diplomat, says there’s a necessary professional and intellectual “passing of the torch” from the Cold War to the post-Cold War generation going on at universities and think tanks.

“We do want to train the next generation of Atlanticists. We want young millennials to feel as connected across the Atlantic as we did, because it’s still vital,” he said. “This is not yesterday’s story.”

Burns said the project is not a response to Trump’s often-hostile attitude toward Europe. The need to return European public policymaking and U.S. relations to the front burner goes back years, he said.

Between Japan’s economic rise in the 1980s and China’s ascendancy as a global power over the last two decades, much of U.S. foreign policy that hasn’t centered on the Middle East has shifted toward Asia. And though that focus is logical, the U.S. sometimes seems to have forgotten how important its relationship with Europe remains. The continent is America’s largest trading partner and the largest investor in its economy. And NATO contains a large block of U.S. allies, said Burns.

With the University home to the country’s first school of government, “We want Harvard to play a role in … promoting further understanding of the value of the trans-Atlantic relationship. There’s so much here. We ought to be teaching more about this, [have] more fellows, more intellectual firepower by our students and faculty trained on these issues,” said Burns. “It’s an academic effort, but it’s being produced in part because the relationship needs help.”

Europe is under a lot of pressure and in a “battle of ideas” against Russia and its supporters, who rail against the very notion of Western democracy, said Burns.

“We need to remind ourselves, through academic research, study, fellowships, training, why this is important — the future of the free world,” he said.