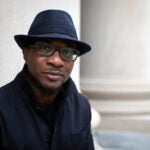 At this point in the year, most Harvard College seniors are turning their attention to planning for winter break, or beginning to think ahead to job searches and graduate school.

The four seniors were among the students selected this week as Marshall scholars, meaning they’ll have the next two years to study at a college or university of their choice in the United Kingdom.

Created in 1953 to commemorate American aid to Europe after World War II under the Marshall Plan, and sponsored by the British government, the scholarships are among the most prestigious academic awards in the world. As many as 40 promising scholars and likely future leaders in their fields are selected from across the United States each year to receive the scholarships. Here’s a look at the students and their early plans.

For Hanrahan, being selected as a Marshall scholar came as something of a surprise.

A joint concentrator in English and Visual and Environmental Studies, with a secondary concentration in Theatre, Dance & Media, Hanrahan aspires to a career as a filmmaker. He hadn’t expected even to be in the running for the scholarship, let alone receive one.

“While I think there are a lot of benefits to attending film school in terms of the practical side of wanting to be a filmmaker, [that can] detract from the conceptual part of the work,” he said, “whereas the Royal College has a wonderful program called The Moving Image pathway. And what that will allow me to do is blend the practice of filmmaking with conceptual and theoretical work in a way that isn’t possible elsewhere.”

Unlike a traditional film school, Hanrahan said, the program will allow him to expand his cinematic vocabulary beyond narrative storytelling and to interact with a wide array of artists, from filmmakers and people using moving images in other ways to fine artists.

“This program doesn’t have a narrow focus in the way when you go to film school you study fiction directing or documentary directing or screenwriting,” he said. “This is open to anyone. That includes things like scripted, narrative stories, but it also includes video installation work, documentary, and more. So it’s very encompassing in that regard.”

“I have wanted to study at Oxford for a long time,” said Lee, an Eliot House resident and economics concentrator. “So I feel extremely privileged to have this opportunity.”

For Lee, the Marshall represents not just two years at Oxford but two years delving deeply into what he called the humanistic, rather than mathematical, side of economics.

“This is about getting a wider view of the field and thinking through the evolution of the philosophy behind economics,” he said. “I’m primarily interested in international development, and a big question there is, ‘What is economic value?’ How do we calculate if people’s lives are getting better around the world?

“Often, when people talk about development or poverty, they only focus on statistics like GDP,” he added. “But these measures don’t provide the complete picture. As an example, my family is originally from Hong Kong. The GDP per capita there is very high relative to other places, but ironically there is not a country that is less happy than Hong Kong that is wealthier than Hong Kong. I want to study and understand alternative measures of growth and prosperity.”

Gaining a better understanding of the measures that add or detract from economic value will help economists create better models, Lee said.

“A big trend now is the move toward building complex models where we can input various factors, get outputs, and then derive results from these outputs,” he said. “But you have to know what to put in to understand what you get out. To do that requires knowledge of economic and social history … it will be fascinating to get that perspective at Oxford.”

For Medrano, receiving a Marshall scholarship is both the opportunity of a lifetime and the culmination of years of work aimed at deciphering khipus, a knotted-rope system used by the ancient Incas of South America to record everything from tax and census records to military organization.

His plan, he said, is to pursue a Ph.D. at the University of St. Andrews under Sabine Hyland, Europe’s foremost expert on the colonial period in the Andes Mountains and on the use of khipus after the Spanish arrived in 1532.

“[Professor Hyland] does ethnographic work in modern communities in the Andes where people have some cultural memory of the use of khipus … and broadly, I’ll be analyzing her colonial-era khipu data,” he said. “Specifically, there are two khipus from a tiny village called San Juan de Collata that are thought to encode war-planning messages between native chieftains who were organizing a revolt against the Spanish.

“Just last year, the data from those khipus was finally compiled,” he continued. “The khipus themselves are still in Peru, but the data sits with one department in the world, and it’s at St. Andrews. So I’ll be looking at the colonial period and using the mathematical techniques I’ve honed here at Harvard to bring a new angle to what is often thought of as a humanities problem.”

Though khipus have traditionally been thought of as being used for numerical data, such as tax or census records, Medrano said it’s believed that many may also encode other information, so deciphering the knotted ropes is hugely important for understanding the Americas before colonization.

“The 200th anniversary of the decipherment of hieroglyphics is in 2022, and … we still have one of the world’s most important languages sitting on the table,” he said. “Khipus were used to administer an empire of more than 10 million people. But to this day we don’t know the name of a single person on the continent before 1532 from a primary source because we haven’t been able to read them. There’s a whole continent of history that remains opaque to us because of it.”

Mohanty, who plans to pursue a Ph.D. in theoretical physics at Oxford, said the Marshall scholarship will start him down the road to becoming not just a physician-scientist, but one with a deep understanding of the physics that underlie biological processes — and how to harness them for therapeutic and diagnostic purposes.

Mohanty, a Quincy House resident and concentrator in chemistry and physics with a secondary concentration in music and a joint master’s degree in theoretical chemistry, said that in many ways both physics and chemistry can inform on important biological questions in medicine. As an example, he pointed to the development of MRI technology.

First developed by physicists, MRI was later adopted by chemists interested in exploring the structure and interactions between atoms in various materials. It wasn’t until later, he said, that the technology’s diagnostic potential was fully realized.

Today, Mohanty said, new technologies may be developed that can offer similar insights on processes such as protein folding, DNA and RNA folding, and more. He said his goal is to not only be part of the conversation in developing those tools, but also to understand how they can be applied to key biological processes.

A composer, pianist, and saxophonist, Mohanty is looking forward to collaborating with both scientists and musicians, and joining the musical community at Oxford and in London.

“I’ve tried to make my training broad and deep enough, and grounded in fundamental science … because a major goal for me is interdisciplinary work,” he said. “Whether it’s applying math and physics to understand musical chord structures or taking the principles of diffusion physics and applying them to medical imaging, I like to think that disciplinary boundaries are artificial and are beginning to blur.” 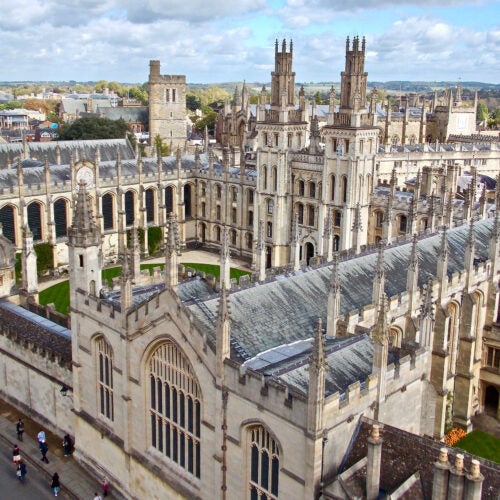