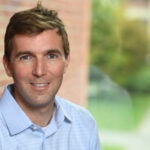 Brittany Ellis ’19 and Jin K. Park ’18/’19 are Oxford-bound after being named Rhodes Scholars, along with 30 other Americans, on Saturday. They will begin their studies next October. This year’s awards bring the ranks of Harvard’s Rhodes Scholars to 364.

In interviews with the Gazette, the students shared their reactions to winning the prestigious honor, gave thanks for key mentors at Harvard, and discussed their plans for making the most of their time at Oxford.

“I really want to make museums more inclusive, and advance collaborative policies both in regard to curation and collection of objects but also display, education, and programming, and especially fostering relationships between institutions, researchers, and local communities,” she said.

Ellis, a Pittsburgh native, will pursue a master’s in visual, material, and museum anthropology.

“I’m so excited,” she said. “I’m still processing a lot of the emotions. It’s really such an honor.”

Ellis participated in a summer program at Oxford while in high school, and is excited about the opportunity to return and build on her passion for museum work.

“I have loved museums since I was in middle school, and I want to work in museums,” she said. “I think they’re incredibly important, as they provide places for people to learn about each other and about other cultures.”

Ellis expressed deep appreciation for her time at Harvard, while looking ahead to new adventures.

“I’m so grateful for the community here at Harvard,” she said. “I’m grateful for the funding that allowed me to attend, for the opportunity to study abroad, and everyone in the Anthropology Department who has been so supportive. I especially want to thank John E. Hudson Professor of Archaeology Rowan Flad, my thesis adviser Matthew Liebmann, and Professor Jason Ur.”

Asked what she will miss most about campus life, Ellis cited the wide diversity of people and intellectual challenges.

“It’s such a unique opportunity to have been able to study at such a high level and explore so many interests, while also being surrounded by the best possible community,” she said. “But I’m really honored and grateful to have the chance to go to Oxford in the fall.”

When the Rhodes Scholar recipients were announced on Saturday, Jin K. Park had no reaction at first. That’s because he didn’t think he had been chosen.

“I didn’t hear my name being called; it was sort of mumbled” he said. “It was only when all the other candidates starting looking at me that I realized they had called my name. Initially I just felt very calm, very still. But I’m really just so thankful, and I will spend the rest of my life trying to live up to this opportunity.”

Park’s scholarship is the first Rhodes to be awarded to a student protected under the Deferred Action for Childhood Arrivals policy. The journey to England will mark his first international trip since arriving in the U.S. 15 years ago at the age of 7.

“I’m thankful that the Rhodes have expanded their eligibility to include DACA recipients,” he said. “But it’s important to note that I am just one of 11 million. And this really reflects the fact that if you give DACA recipients a chance, we can really contribute to this country and do amazing things. Every DACA recipient is capable of great things.”

“Rakesh and Stephanie Khurana have showed me the importance of community,” he said. “They have really made me feel that I belong here, and grounded me here at Harvard. I’m also so grateful to Professor Nicole Newendorp, who really helped me bridge my interest in health and immigration.”

Park hopes to combine those interests to serve the undocumented community in the U.S. after he completes his work at Oxford. He plans to pursue master’s degrees in migration studies and global health sciences and epidemiology.

“I would really like to use government as an apparatus to expand health care and insurance for the immigrant community.”

More than once, Park stressed the support he received on the path to his goal.

“Although a Rhodes Scholarship goes to a specific person, behind every recipient there is a sea of people who allowed that person to get there, and helped them along the way.”