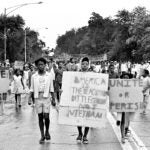 Giving voice to the unheard is “very close to the bone for me,” said Geraldine Brooks during a talk sponsored by the Harvard Review. The Australia-born author, whose 2006 novel “March” won a Pulitzer Prize, finds the spark for that narrative impulse in her family history.

Brooks, who discussed her writing life with visiting Fulbright Fellow Anne Pender at Houghton Library on Tuesday, recalled how her not-too-distant Irish relatives arrived in Australia unable to write home “about their life in this new place that was so different from that moist green land they left. … I think that is what inspired me to say, ‘Who else’s stories are inaccessible to us?’”

As a foreign correspondent for The Wall Street Journal in the 1980s and 1990s, Brooks covered conflicts in the Middle East, Africa, and the Balkans. Often, the inaccessible stories belonged to women.

Growing up in a family that “lived in books” nourished the budding writer.

“We were not wealthy in material things,” Brooks said. “But we were rich in story.”

Brooks studied at the University of Sydney, worked as a feature writer for The Sydney Morning Herald, and earned a master’s degree at Columbia University’s School of Journalism. When she applied for an internship with The Journal, the paper offered her a full- time job instead.

During the hourlong discussion Brooks, a 2006 Radcliffe Fellow, expanded on her work as a foreign correspondent, for which she shared in an Overseas Press Club Award. After following orders to leave Iraq ahead of bombing by the U.S. during the 1991 Gulf War, she snuck back across the Tigris River on a raft made of car tires. Reporting from the northern Iraq town of Halabja, which Saddam Hussein had targeted with chemical weapons, Brooks watched as Kurdish families dug up mass graves desperate to recover the bodies of loved ones.

“It was day after day of the most intense reporting you could imagine,” she said, and “it was exactly what you hope to do as a journalist, be a witness at a time like that.”

Like her journalism, Brooks’ novels are steeped in research and are witnesses to history. They tell of a 17th-century English housemaid living through an epidemic, in “Year of Wonders: A Novel of the Plague” (2001); the first Native American student to graduate from Harvard, in “Caleb’s Crossing” (2011); and the Civil War experiences of the absent father from Louisa May Alcott’s “Little Women,” in the Pulitzer-winning “March.”

“I don’t think I could have written any of the books without all the experiences, not just of covering war and the aftermath of war,” Brooks said, “but just covering people in crisis and seeing how people are changed by catastrophe.”

Brooks’ novel-in-progress involves the history of an 1850s race horse, the horse’s skeleton, and a missing painting of the famous thoroughbred. Keeping with her passion for giving voice to the unheard, the new project is “about race rather than about racing, because everybody who trained and rode and was responsible for this horse’s success was essentially an enslaved person.”

During a Q&A session, Brooks said she was heartened that journalism, despite the constant critique of “fake news,” has come “roaring back” at papers like The Washington Post. She also has been buoyed, she said, by a new wave of citizen reporters helping bring important stories to light.

One reader said that constant questions about media credibility have complicated his view of historical fiction. Brooks answered that she follows “the line of fact as long as it leads.” But novels, she pointed out, are by definition “made up.” She acknowledges where she diverges from the truth in the afterwords to her books, she said, and considers historical fiction the “gateway drug to real history.” 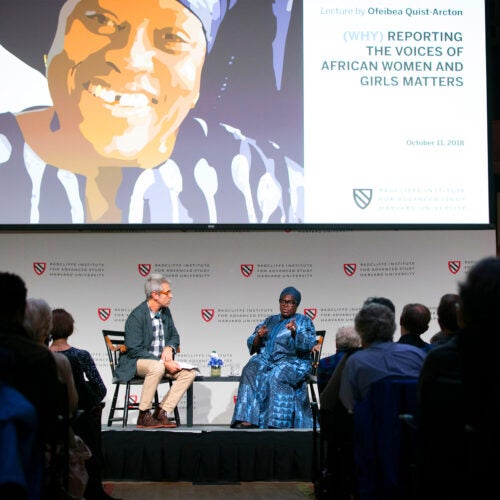 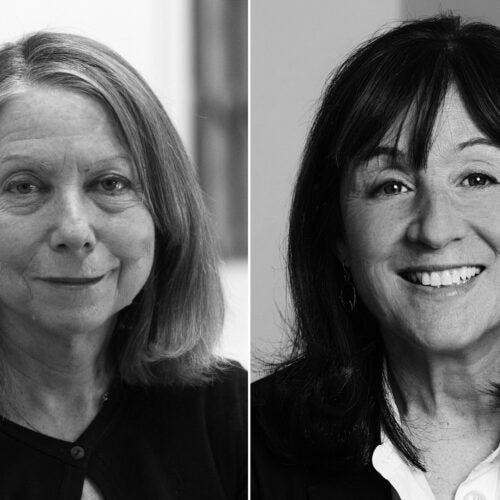