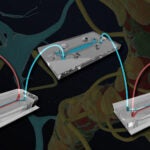 Taking the brain apart to put it all together again

Imagine you’re pushing a child on a swing. She pumps her legs to gain momentum, but your push also helps her accelerate.

A catalyst has a similar purpose: It can speed a chemical reaction without being consumed by it. And, since 90 percent of all commercially produced chemical products involve catalysts in their manufacture, chances are good that the swing the child sits on, the snack she eats, her plastic toys, and the insulation in her house are all made with catalysts.

Chemical production, with or without catalysts, accounts for nearly 25 percent of energy use worldwide. What’s more, experts forecast that energy demand will increase this number to 45 percent by 2040.

Cynthia Friend, the Theodore William Richards Professor of Chemistry, professor of materials science, and director of the Rowland Institute, wants to prevent this rise.

Now, with a multimillion dollar grant from the U.S. Department of Energy (DOE), she’s well-positioned to help “change the face and carbon footprint of the chemical industries sector,” one of her team’s goals. In 2014, the DOE’s Office of Basic Energy Science awarded Friend her first multimillion-dollar grant to establish an Energy Frontier Research Center. Her center, called the Integrated Mesoscale Architectures for Sustainable Catalysis, set out to unravel how catalysis works and, consequently, to design better catalysts.

Because catalysts need to function across a vast range of materials, temperatures, time, pressure, and more, they’re challenging to design. To tackle this, Friend amassed an interdisciplinary team of experts in surface chemistry, theoretical physics, and machine learning from nine institutions. Already, they’re demonstrating the strength of their partnership. During the center’s first four years, they published 58 papers and discovered a way to transcend the trial-and-error approach to catalyst design. 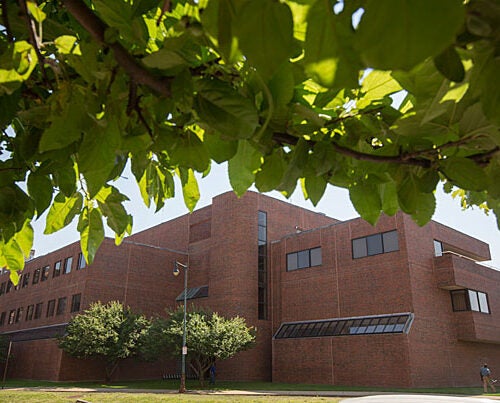 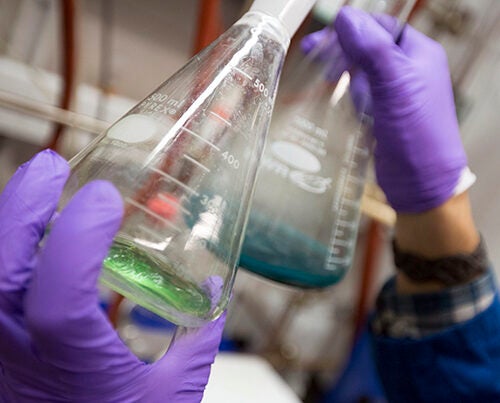 With expertise from Tim Kaxiras, the John Hasbrouck Van Vleck Professor of Pure and Applied Physics, the team combined theoretical design with tightly controlled experimental conditions. Computational models informed their experiments, and experimental results influenced model design. They relied on this cyclical method to — like an eddy — narrow in on improved designs.

But Friend and collaborators wanted to do more than just make catalysts. They aimed “to predict catalytic behavior and to understand why we can predict it, not just to empirically predict but to understand the basis of it,” according to Friend.

Their novel systematic approach, described in a paper in the journal Nature Materials, yielded insights into how catalysts change just before, during, and after catalysis. As validation of this early work, other researchers have already adopted their approach to explore new materials and design enhanced catalysts.

The center’s previous work could lead to more energy-efficient catalysts and chemical production. With the grant renewal, however, the team also has a new focus: “selective catalysis.”

In production, chemical synthesis can create undesired byproducts, which can be unusable or dangerous. For example, oxidation processes, like those used in water treatment, can produce carbon dioxide and contribute to climate change. To subvert this, Friend and her collaborators intend to make these processes more selective so manufacturers produce more of what they want and waste less.

Catalysts could also help transform a noxious material, like methane, into a useful resource, like methanol. Fracking, for example, produces methane, which manufacturers often burn for disposal. This only aggravates pollution. If, however, they could convert methane into methanol, they could use it in new chemical synthesis or to produce fuel and solvents. They could, in effect, recycle their waste.

“If we can make any inroads in selectively transforming methane or propane to a useful chemical like methanol or related oxygen-containing molecules, it would be huge,” Friend said.

She emphasizes that understanding why something works is just as important.

“That’s the goal in the next phase: to advance our ability to make quantitative predictions of selectivity,” she said, “in other words, not to just qualitatively say something will get better or worse, but how much better or worse if you change conditions.”

For their catalyst materials, the team has experimented with gold or silver combined with palladium. Gold and silver are stable elements that do not react easily, and therefore can slow the reaction. Palladium reacts fast and can speed the process. With these “bifunctional catalysts,” the team could achieve enough control over the reaction process to select which products — and byproducts — occur.

But these reactions also need a platform, like a kind of stadium.

According to Friend, the team is “trying to understand how to use the design of the catalyst material but also the reaction conditions to be able to basically drive the system to be much more selective.”

For this, Joanna Aizenberg, the Amy Smith Berylson Professor of Materials Science and professor of chemistry and chemical biology, together with a team at Lawrence Livermore Labs, designed nanoporous materials based on nature’s own catalyst platforms, like those in butterfly wings. These minuscule, porous scaffolds provide remarkable mechanical, thermal, and chemical stability.

“The technology developed in my lab is particularly promising for bridging the gap between state-of-the-art R&D and real-world applications,” Aizenberg said. “Due to its modular design and tunability, this framework can be used in various fields, from the synthesis of important chemical products to pollution abatement.”

Four years ago, Friend applied to form the Energy Frontier Research Center in large part because of the opportunity to build an extensive collaborative network. 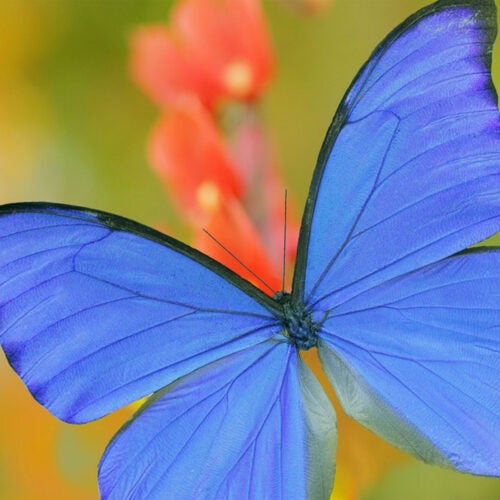 A collaboration with a long lifetime

“You can answer questions in a way that you couldn’t if you tried to do it individually,” she said of the group dynamic. “One of the gratifying aspects of having a center like this is the range of people you get to interact with, the ideas they put out, and their ability to work together and go to new levels when they move to their next positions.”

Students, in particular, tend to thrive in such an interdisciplinary, international environment. For example, Michelle Louise Personick now has a faculty position at Wesleyan University, and Branko Zugic is the director of chemical engineering at L3 Open Water Power. Both used the diverse skills they developed at the center as a foundation to build successful careers.

Friend, who was recently elected into the American Academy of Arts and Sciences, attributes her successes to her team: “I have my colleagues to thank for that, too, because they’ve made it possible for us all to do things that were beyond what we could have done otherwise.”

The team already has achieved advances in catalyst design that affect how researchers approach this challenge. In the next phase, the members aim to bring their theoretical designs closer to widespread application and use. If successful, they could indeed help change the chemical industry into a more energy-efficient, cleaner operation.