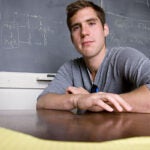 Friend, the Theodore William Richards Professor of Chemistry and Professor of Materials Science and director of Harvard’s Rowland Institute, is leading an effort to develop new methods to reduce energy consumption in the production of industrial chemicals, which now accounts for an astounding 25 percent of the world’s energy consumption, said Friend.

“This is very exciting,” Friend said, noting that the funding of $2.8 million per year for four years will allow her “to do the research in collaboration with scientists at Harvard, at other universities, and at premier DOE national laboratories.”

The work being directed by Friend and deputy director Efthimios (Tim) Kaxiras, the John Hasbrouck Van Vleck Professor of Pure and Applied Physics in Harvard’s School of Engineering and Applied Sciences, will focus on developing “sustainable catalysis,” finding ways to increase the energy efficiency of “the manufacture of important chemicals used in huge quantities to produce products that are part of our everyday life, and use renewable materials to make those chemicals, ideally having them begin their lives as biomass, rather than as petrochemicals. These chemicals,” Friend said, “are used in the production of everything from plastics to insulating materials, to food flavorings, to fuel — essentially everything you touch that has chemicals in them somewhere along the line involve the use of catalysts in manufacturing.”

Sustainable catalysis has the potential to lower the CO2 footprint of the chemical industry and reduce the effects of climate change. The work planned for the Harvard center in this area complements the type of research that will be supported by the Climate Change Solutions Fund recently announced by Harvard President Drew Faust as part of the ongoing Harvard Campaign.

“Supporting discovery and innovation at the vanguard of energy science is one of the many ways in which Harvard is leading efforts to combat climate change,” said Faust. “Our faculty are using and creating knowledge to shape a better future for all. This well-deserved recognition from the DOE underscores the extraordinary potential of research to meet one of the greatest challenges humanity faces.”

“We are designing new types of porous materials, meaning that they are shaped like a sponge, but on a nanoscopic scale,” Friend explained. These porous structures have different architectures at the atomic scale that modify their function. “This is a large effort with multiple scientists, enabling us to attack a ‘big problem’ — something that a single scientific lab could not otherwise do. Our team includes scientists from Harvard, Tufts, the University of Notre Dame, and two national labs — Lawrence Livermore and Lawrence Berkeley — as well as international collaborators at the Fritz Haber Institute in Berlin and the National Research Council, Rome,” she said.

Harvard Provost Alan M. Garber called the award of the highly competitive DOE Center grant to Friend “confirmation of the importance and promise of her work.  She will be an effective leader for this collaboration among some of the top scientists in the world working on new energy solutions.”

Harvard is well-represented in the 2014 Energy Frontier Research Center competition, with two other faculty members in the Department of Chemistry and Chemical Biology involved in new centers. Daniel Nocera and Roy Gordon are lead scientists on a project led by the National Renewable Energy Laboratory (NREL) in Colorado that will use high-throughput computation and data mining to transform the design and synthesis of materials for solar energy conversion and solid-state lighting.

Nocera, Harvard’s Patterson Rockwood Professor of Energy, said, “It is exciting for Harvard to partner with the premier renewable energy lab in the world to address a major critical challenge on advancing energy technologies.” Additionally, Harvard faculty members Alán Aspuru-Guzik, Jennifer Lewis, and George Whitesides are playing key roles in energy-research centers whose funding was renewed in the 2014 competition.

“Winning of this funding by Professor Friend, and the involvement of Harvard faculty in other winning proposals, is an indication that we are doing leading research in energy science here at Harvard,” said Richard McCullough, Harvard’s vice provost for research. McCullough said he and colleagues are currently involved in an energy and environment strategic-planning process at Harvard, creating synergies and collaborations across the University to multiply the effect of the work of individual scientists.

The DOE award to the Harvard-based center led by Friend and Kaxiras, along with the involvement of Nocera and Gordon in the new center led by NREL, comes as researchers across Harvard departments and Schools are putting increased emphasis on finding solutions to the global energy and environment challenges.