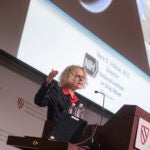 Arthritis flares — the unpredictable and often sudden worsening of arthritis symptoms — can be debilitating. These episodes can make the management of inflammatory arthritis, which includes rheumatoid arthritis and psoriatic arthritis, challenging for patients and physicians.

But investigators at Harvard-affiliated Brigham and Women’s Hospital (BWH) have found that flares may also represent an important opportunity for improving treatment options.

In experiments carried out in the lab, BWH bioengineers have developed a hydrogel — a soft, flexible material that can be loaded with arthritis drugs and injected locally into an inflamed joint. Instead of delivering the drug continuously at a steady rate, the hydrogel is designed to respond to increased disease activity during flares, releasing the drug when symptoms worsen. The team’s laboratory-based findings are published this week in Nature Communications and investigators are working on next steps to bring their technology closer to the clinic.

“Arthritis represents a huge unmet clinical need,” said co-senior author Jeff Karp, a bioengineer and principal investigator at BWH and Harvard Medical School (HMS) professor of medicine. “Although new therapeutics have been developed, many have had systemic, toxic effects. We wanted to design a delivery system that could be efficient, deliver drugs locally, and release drugs in response to inflammation.”

The newly created flare-responsive hydrogel is made from triglycerol monostearate (TG-18), a compound from the Food and Drug Administration’s list of “generally recognized as safe” compounds. TG-18 is a molecule capable of self-assembling, meaning that it can form a gel-like structure comprising fibers. This structure can be easily injected as a suspension. In this study, the TG-18 hydrogel was loaded with triamcinolone acetonide (TA), used here as a model drug, but could potentially be loaded with many other kinds of anti-inflammatory compounds.

“The hydrogel is designed so that drug release is triggered by the activity of specific, arthritis-related enzymes that are increased during flares. To test the TG-18 hydrogel, we exposed the gel to several different kinds of environments mimicking conditions in arthritic joints,” said Nitin Joshi, co-first author on the work and an instructor of medicine at BWH and HMS. 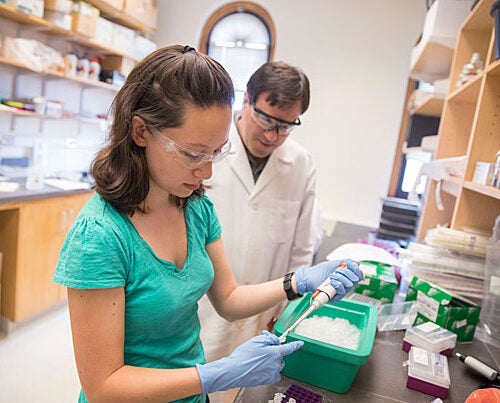 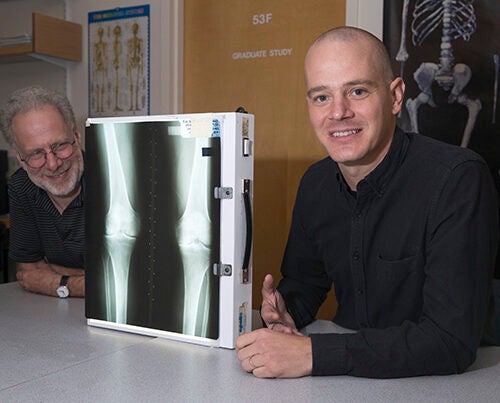 The team further tested the clinical efficacy of the TG-18 hydrogel in a mouse model of inflammatory arthritis. They chose the K/BxN serum transfer model, in which disease severity can be precisely controlled, which allowed them to test the hydrogel in animals with different degrees of arthritis severity. They found that when arthritis was more severe, the locally injected hydrogel degraded more rapidly, corresponding to increased drug release. Swelling and severity of arthritis diminished in response to the drug-loaded hydrogel.

One of the advantages of the hydrogel is that it offers the promise of treating arthritis specifically in the joints where the disease is flaring, rather than delivering a drug throughout the body.

“Local therapy could be a viable treatment option for patients with only one or a few inflamed joints, said co-corresponding author Joerg Ermann, a rheumatologist in the BWH Division of Rheumatology, Immunology, and Allergy and HMS instructor in medicine. “Moreover, if a patient is already on a systemic drug but is experiencing a flare in a limited number of joints, we could specifically treat these joints rather than switching to systemic therapy or adding another systemic drug. Having this option would substantially increase our ability to successfully manage arthritis flares in the clinic.”

The team will continue testing the hydrogel in preclinical models to further validate it, and continue to advance toward human clinical trials. The technology has been licensed by Alivio Therapeutics, which is developing therapies to treat inflammatory disorders via targeted disease immunomodulation.

This work was supported by National Institutes of Health (NIH) grants R56AR63866 and R03AR066357, Department of Defense (DOD) award W81XWH-14-1-0229, a Disease-Targeted Innovative Research Grant from the Rheumatology Research Foundation, and a Football Players Health Study Grant from the National Football League Players Association (NFLPA). All funding information, acknowledgements, and competing interest disclosures are available in the published paper.