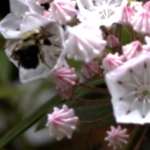 For this flower, it's ready, set, launch

Simon Lock wants to change the way you think about the moon.

A graduate student in Harvard’s Department of Earth and Planetary Sciences, Lock is the lead author of research that challenges mainstream thought by suggesting that the moon emerged from a massive, doughnut-shaped cloud of vaporized rock called a synestia. The study was published this week in the Journal of Geophysical Research: Planets. 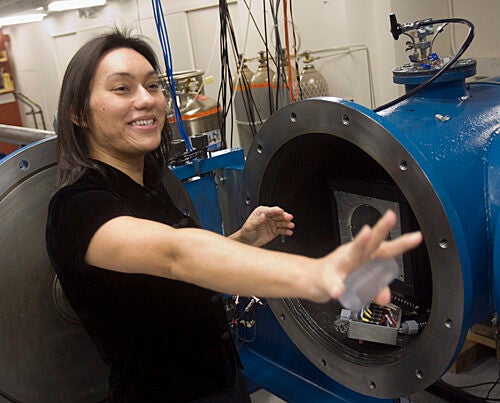 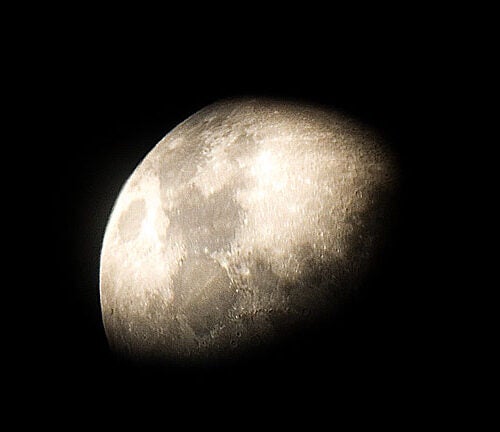 “The commonly accepted theory as to how the moon was formed is that a Mars-size body collided with the proto-Earth and spun material into orbit,” Lock said. “That mass settled into a disk and later accreted to form the moon. The body that was left after the impact was the Earth. This has been the canonical model for about 20 years.”

“This new work explains features of the moon that are hard to resolve with current ideas,” said co-author Sarah Stewart, a professor of Earth and planetary sciences at the University of California, Davis. “This is the first model that can match the pattern of the moon’s composition.”

Tests have shown that the isotopic “fingerprints” for both the Earth and moon are nearly identical, suggesting that both came from the same source, the researchers noted. But in the canonical story, the moon formed from the remnants of just one of the two colliding bodies.

It’s not just similarities between the Earth and moon that raise questions about the conventional wisdom — their differences do as well.

Many volatile elements that are relatively common on Earth, such as potassium, sodium, and copper, are far less abundant on the moon.

“There hasn’t been a good explanation for this,” Lock said. “People have proposed various hypotheses for how the moon could have wound up with fewer volatiles, but no one has been able to quantitatively match the moon’s composition.”

The scenario outlined by Lock and colleagues still begins with a massive collision, but rather than creating a disc of rocky material, the impact creates the synestia.

“It’s huge,” Lock said. “It can be 10 times the size of the Earth, and because there’s so much energy in the collision, maybe 10 percent of the rock of Earth is vaporized, and the rest is liquid … so the way you form the moon out of a synestia is very different.”

The phenomenon includes a “seed” — a small amount of liquid rock that gathers just off the center of the doughnut-like structure. As the structure cools, vaporized rock condenses and rains down toward the center of the synestia. Some of the rain runs into the moon, causing it to grow.

“The rate of rainfall is about 10 times that of a hurricane on Earth,” Lock said. “Over time, the whole structure shrinks, and the moon emerges from the vapor. Eventually, the whole synestia condenses and what’s left is a ball of spinning liquid rock that eventually forms the Earth as we know it today.”

The model addresses each of the problems with the canonical model for the moon’s creation, Lock said. Since both the Earth and moon are created from the same cloud of vaporized rock, they naturally share similar isotope fingerprints. The lack of volatile elements on the moon, meanwhile, can be explained by it having formed surrounded by vapor and at 4,000‒6,000 degrees Fahrenheit.

“This is a dramatically different way of forming the moon,” Lock said. “You just don’t think of a satellite forming inside another body, but this is what appears to happen.”

Lock was quick to note that the work is still taking shape.

“This is a basic model,” he said. “We’ve done calculations of each of the processes that go into forming the moon and shown that the model could work, but there are various aspects of our theory that will need more interrogation.

“For example, when the moon is in this vapor, what does it do to that vapor? How does it perturb it? How does the vapor flow past the moon? These are all things we need to go back and examine in more detail.”