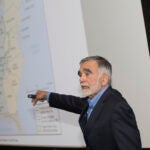 When it comes to the kids, mom and dad don’t always agree, waging an age-old battle of the sexes that starts in the genes. The struggle is universal enough that it extends even into the plant kingdom, where Harvard researchers say they’ve found a rare zone of calm — and where mom always wins. 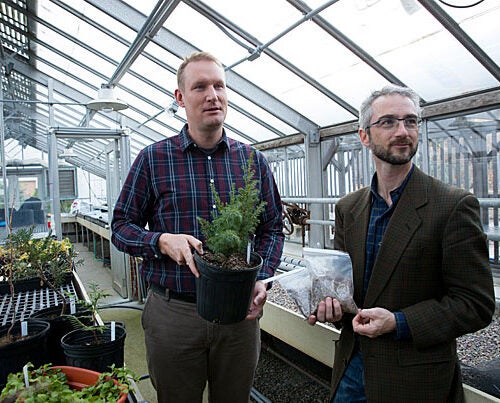 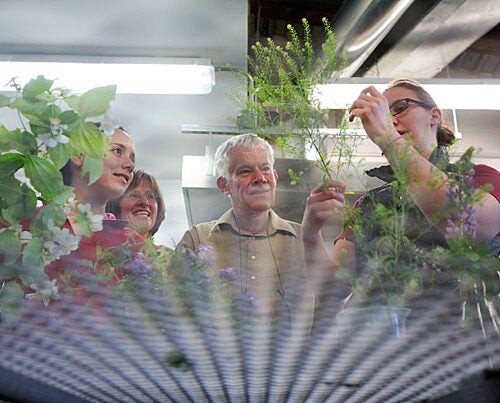 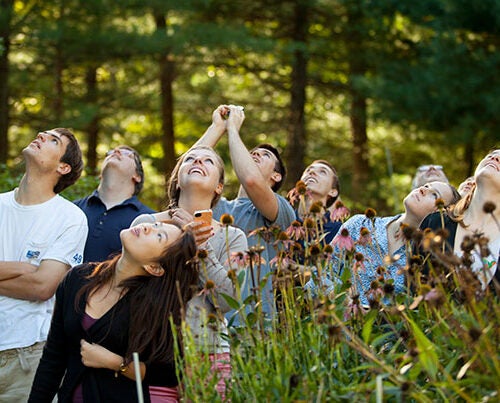 That botanical Switzerland is in the ancient lineage of water lilies, specifically in a species that used to live in the runoff of hot springs and is now extinct in the wild. These lilies have figured out how to bypass the father’s input into feeding the next generation by starving a part of the seed holding the father’s genes and instead nourishing the kids solely from maternal tissue.

“It looks like what mom has basically done is locked dad out of the kitchen,” said Rebecca Povilus, who conducted the research while a graduate student working at Harvard’s Arnold Arboretum. “This is just a fundamentally different way of negotiating resources than what’s been seen in any other angiosperms so far.”

Angiosperms — the scientific term for flowering plants — are all around us, and their seeds are critically important to feeding the world. Some two-thirds of human calories come from angiosperm seeds, in particular a part called the endosperm, which nourishes the embryonic plant, according to Arnold Arboretum Director William Friedman, senior author of a paper on the work that was published last month in the journal Proceedings of the Royal Society B.

This tasty endosperm is what we grind to make bread, roll up in seaweed for sushi, or grab by the handful from the popcorn bucket at the movies.

The mother plant bulks up the endosperm with her own resources to nourish the baby plant, much like a yolk feeds a developing chick. But unlike in chickens, humans, or any animal, flowering plants reproduce through not just one fertilization, but two.

The first is the familiar blending of maternal and paternal genes spawning the embryo. The second fertilization creates the endosperm. The presence of paternal DNA means that the father can influence how the endosperm is used. This happens through a process called imprinting, in which different genes are activated depending on whether they come from mom or dad. (Imprinting also occurs in humans.)

Researchers have exploited this phenomenon to explore tension between paternal and maternal interests. Mom’s best strategy is to apportion resources to the healthiest seeds, those that have the best chance of carrying her genes to the next generation regardless of who the father is. Dad’s strategy, by contrast, is to maximize resources to the single seed that his pollen grain fertilized — regardless of its fitness — since pollen from many fathers has likely fertilized the plant’s other flowers.

In previous research, scientists sought answers by breeding plants with extra sets of chromosomes and crossing them with genetically normal plants, which gave rise to seeds with twice the number of paternal or maternal genes, magnifying parental strategies and making them easier to observe. In seeds with additional doses of paternal genes, the endosperm grew bigger — and more abnormal seeds developed — while the endosperms with a larger maternal contribution were smaller, close to normal size.

The current research, conducted by Povilus, Friedman (who is also the Arnold Professor of Organismic and Evolutionary Biology), and Pamela Diggle of the University of Connecticut, replicated that earlier work, but did so in an ancient lineage of plants to see if the parental struggle looked the same at the dawn of the evolution of flowering plants. For Friedman, the research is the latest in a nearly 25-year quest to understand how mothers and fathers interact within the confines of a flowering plant seed.

The findings echoed the earlier work when it came to the endosperm. But the researchers also discovered that the water lilies had developed a way for the mother to gain control over what happens in the seed by bypassing the endosperm almost entirely.

While the father plant has genetic influence on the endosperm, it has little to do with another part of the seed called the perisperm, which doesn’t typically have a role in nourishing the baby plant. In the study’s water lilies and a handful of other species, however, the perisperm is enlarged and, Friedman estimated, provides 95 to 99 percent of embryonic nourishment.

“This tissue isn’t unique to water lilies,” said Povilus, who received a Ph.D. in organismic and evolutionary biology in November. “Until now, nobody’s been able to suggest why it might be useful for a seed to store its nutrients in maternal tissue instead of endosperm. So, what we’ve been able to do is show why, at least in water lilies, a perisperm might be a useful thing to have.”

In addition to shedding light on the basic biology of the lily and on the broader theory of interparental conflict, the work also highlights a crucial issue in conservation biology: preserving species that might be hanging on the brink of extinction.

When the researchers decided to focus on an ancient flowering plant lineage, they faced a problem: Most of these lineages contain species that grow from the forest floor into the canopy, or are aquatic. Such plants are too big for easy greenhouse cultivation. Moreover, their life cycle spans several years, meaning a researcher growing and cultivating multiple generations, as was needed in this case, would have a long wait for results.

Povilus explored the characteristics of different aquatic plants and found a water lily that had once grown in the outflow of African hot springs. Nymphaea thermarum was physically small enough to grow in the Arboretum’s research greenhouses and had a generation time of five months, meaning several experimental generations could be grown in a reasonable timeframe. The plant is preserved in botanical gardens, including Botanische Gärten der Universität Bonn, which provided seeds.

The lily grew so spectacularly — Povilus at one point had 500 to 600 plants — that she wondered how it managed to go extinct in its natural home.

“Now that I’ve worked with it, I’m actually shocked that it’s extinct in the wild,” Povilus said. “A single fruit can have 300 to 400 seeds and most germinate. Long story short, it reproduces really well.”

That, Friedman said, teaches an important lesson about the danger habitat loss presents to plants and animals all over the world. Even those that reproduce readily in their natural environment face rapid extinction when the habitat is damaged or destroyed, as occurred in this case and is happening now for countless species.

“That’s precisely why the Arnold Arboretum and other botanical gardens around the world are so important to providing safe harbor to endangered species — especially in light of global climate change and environmental degradation,” he said.

Understanding how Nymphaea thermarum reproduces will yield important conservation insights, Povilus said. Though she’s moved on to a postdoctoral fellowship at the Whitehead Institute, she plans to continue working with the plant.

“This is a great illustration of the fact that exploring and preserving biodiversity can be really important for basic scientific research,” Povilus said.