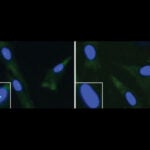 Link found between ALS and SMA

The Harvard freshmen watched the team of precision gymnasts diving and tumbling through the air, eliciting gasps from the audience as they continued a long tradition of gravity-defying, life-and-death acrobatics.

Students taking the “Getting to Know Darwin” freshman seminar visited the home of Jim Spring, a pigeon fancier in Sutton, Mass., to observe his “Birmingham Roller” pigeons in action. Rollers are competitive birds whose talent involves completing a series of continuous tumbles in a midair free fall. Spring has been breeding, flying, and competing through his birds for more than 50 years.

“Pigeons have probably been around for millions of years,” Spring said. “Over the years, mutations have resulted in unique differences, and man has cultivated those mutations for his benefit and his pleasure. There are different types of competitions for pigeons — birds bred to race hundreds of miles to their homes, for example — but my competition birds are tasked to fly up in the air, conduct a certain gymnastic move, and then awarded points based on how well they execute those moves.”

In organizing the trip to Spring’s home, William “Ned” Friedman, Arnold Professor of Organismic and Evolutionary Biology and director of the Arnold Arboretum, was in a way mirroring the research of legendary biologist Charles Darwin himself. In the 19th century, coal miners in Birmingham, England, began to capture, breed, and compete using pigeons that were adept at initiating and then pulling out of sudden, tumbling falls.

Friedman’s interest in Spring’s Birmingham Rollers dovetails with the in-depth research that Darwin gathered from pigeon fanciers across Britain, research that helped him eventually to write “On the Origin of Species.” In reading Darwin’s extensive correspondence — many letters from which are now online as part of the Darwin Correspondence Project — the students got a glimpse into the important connection between Darwin’s work and the hobby of pigeon fanciers.

“Darwin not only wrote about pigeons, he bred them himself,” Friedman said. “The first chapter of ‘On the Origin of Species’ has a whole section on pigeons. He was trying to convince the world that natural selection occurs, so he used the extensive domestication histories of pigeon fanciers. ‘On the Origin of Species’ opens with an argument that asks: If you can do this much with pigeons in mere hundreds of years, what could be possible with tens of thousands and millions of years? He was gathering his evidence and preparing his arguments so that they would be accessible to a broad swath of British society.”

After examining the Sutton birds’ markings and wings, the Harvard class gazed heavenward as Spring released about 20 pigeons from their coop. The birds immediately flocked together and began to climb ever higher as a group. When 10 birds broke free from the flock as one, tumbling wing-over-claw in an acrobatic plummet toward the earth, the freshmen gasped in chorus. As one pigeon suddenly rolled about 50 feet, Spring likened the bird’s spontaneous decision on when to roll to a school of fish suddenly turning as a group.

Asked how he got the birds to perform, Spring responded, “Breeding, training, and flying Rollers presents many challenges. One must be, to a degree, a veterinarian, nutritionist, personal trainer, sanitarian, geneticist, weatherman, and animal husbandman in order to achieve the desired result in the air. Constant observation of the birds and making changes in feed and flying frequency as deemed necessary are paramount to a successful program. It is these challenges that keep Rollermen around the world striving to improve the breed.”

As the class prepared to return to campus, Friedman and the students remained transfixed by the birds’ spectacular showcase. “Thank you for an extraordinary experience,” Friedman said to Spring. “Your explanations, showing us the birds, seeing them in action — that was more than I dreamed possible. None of us will ever forget it.”