A turning point in memory 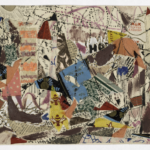 In GSD panel, scholars pick up on national conversation stirred by Confederate monuments

With an eye on recent debate over the removal of Confederate war memorials, Harvard President Drew Faust and other scholars urged justice- and inclusion-focused approaches to creating and interpreting historical monuments during a symposium at the Graduate School of Design Tuesday night.

In welcoming remarks, Faust said the forum was an opportunity “to think about monuments as embodiments of memory and meaning … what they do in creating and perpetuating cultural narratives, how we explain our past, how we fashion our future,” as well as “how we confront and grapple with the ethical issues of our world.”

The Gund Hall event was co-organized by the Harvard’s University Committee on the Arts, the Graduate School of Design, and the Faculty of Arts and Science.

A historian of the Civil War, Faust noted how Southern monuments helped foster the postwar depictions of the Confederacy as a “lost and noble cause.”

“One hundred fifty years later, we have begun, I think at last, to come to terms with these monuments with their messages and purposes,” Faust said. “Toni Morrison has said that nothing ever dies, and in a sense we see that in the dotting of our landscape with the monuments to a past that it has long since been time to reject.”

Drawing on the words of author Viet Thanh Nguyen, who won a Pulitzer Prize for his novel “The Sympathizer,” Faust cited the responsibility of art to do “the work of just memory.”

The event included presentations by Harvard professors and a panel led by Homi K. Bhabha, the Anne F. Rothenberg Professor of the Humanities.

Sarah Lewis, an assistant professor of history of art and architecture and African and African American studies, said that seeing the memorials to the Rev. Martin Luther King Jr. and Thomas Jefferson in Washington inspires reflection on “what must have had to happen here on this soil in this country for these two monuments to be set in relationship to each other.”

“In the context of race, possibility comes from … striving for the future you want to see, right now in the present,” she added.

Krzysztof Wodiczko, an artist and a GSD professor in residence, pointed to a disconnect between urban monuments and local populations.

“The historic city monuments are erected to commemorate … the victorious, those selected to be remembered at the expense of the forgotten vanquished, the nameless residents of yesterday and of today.”

Wodiczko described video-projection projects he has undertaken to connect citizens to memorials, including a project two years ago at the Goethe-Schiller Monument that encouraged interaction between refugees and native Germans. Such projects can help trauma victims heal, he said.

Jennifer Roberts, the Elizabeth Cary Agassiz Professor of the Humanities, noted that “counter-monumental practices” have accompanied criticism of traditional monuments. Those criticisms include that they “foreclose the internal memory,” exclude populations of lower status, and trivialize suffering.

Still, Roberts said counter-monuments often retain the same palette of black, gray, and white. But she also cited exceptions, in particular Spencer Finch’s commissioned memorial to the victims of the Sept. 11 attacks on the World Trade Center. The subterranean work represents victims with individual squares painted different shades of blue — the color of the sky on 9/11.

The memorial draws upon a “shared traumatic perception looking up at the sky that day,” but recognizes that people experienced it in different ways, Roberts said.

Dean of Arts and Humanities Robin Kelsey reflected on the relationship between shared memory and photography as represented by Maya Lin’s Vietnam Veterans Memorial in Washington, D.C.

Kelsey noted that photography overtook monuments as the dominant medium for shared memory in the 19th century. While Lin’s design seems to defy that shift, the Vietnam memorial still indirectly embraces photography, Kelsey said, in the picture-like effect of the reflection of visitors’ images in the polished granite walls.

“Unless we understand the way Lin inverted the relationship between the monument and the photograph, repudiating the photograph as the model for shared memory while reproducing the elemental magic of photography in memorial form, one cannot fully understand its historic character,” he said.